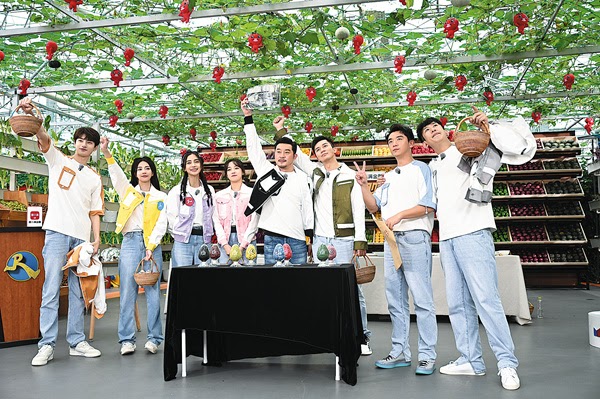 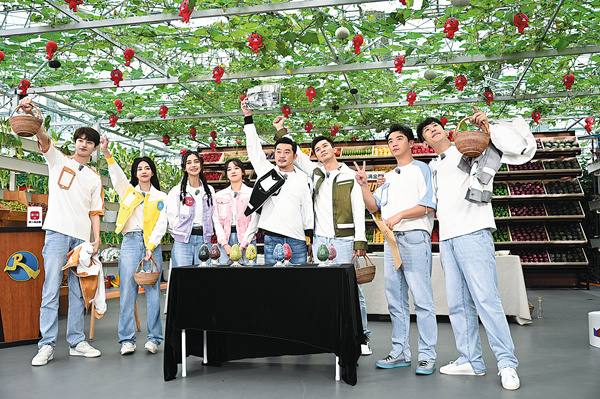 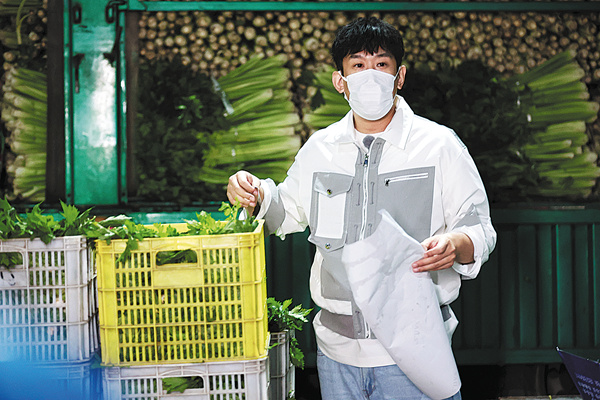 A pioneer in solving winter shortages of fresh vegetables in northern China, Shouguang has started to replace traditional farming with greenhouses since the late 1980s. It currently has around 173,000 greenhouses, which cover an overall area of 600,000 mu (40,000 hectares).
For most of the celebrities on the show, from stars like Yang Ying-better known as Angelababy-and Zheng Kai, to the show’s newbies, Bai Lu and Lin Yi, the new season is an eye-opening experience, allowing them to experience firsthand the latest achievements and change brought by China’s economic development over recent decades.
As one of the country’s longest-running variety shows, in its latest season which began on Oct 22, Keep Running has turned its lens to focus on areas along the Yellow River, the birth place of Chinese civilization. 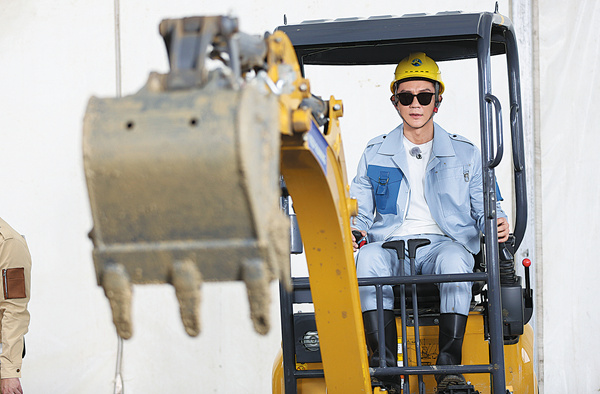 Within two months, the crew, which consists of around 300 members, has traveled to multiple cities, including Jinan in Shandong province and Lanzhou in Gansu province, to explore the transformation of the local lifestyle and economy.
Wang Lu, chief director of the show, says the program was commissioned by the National Radio and Television Administration in an effort to recognize the Yellow River basin’s status as a crucial ecological barrier and economic zone.
Currently working in Hangzhou for Zhejiang Satellite TV, which produces and airs the show, Wang reveals that they have adopted an innovative narrative-blending multiple formats such as games and tours-to tell stories that not only reflect China’s changes, but also resonate with youngsters.
For instance, in the episode shot in Lanzhou, the stars wore heavy makeup and wigs to convincingly disguise themselves as elderly people, helping them to go “unnoticed” during morning exercises in a park-ranging from kicking a shuttlecock to square dancing-a routine that local seniors follow to keep fit. 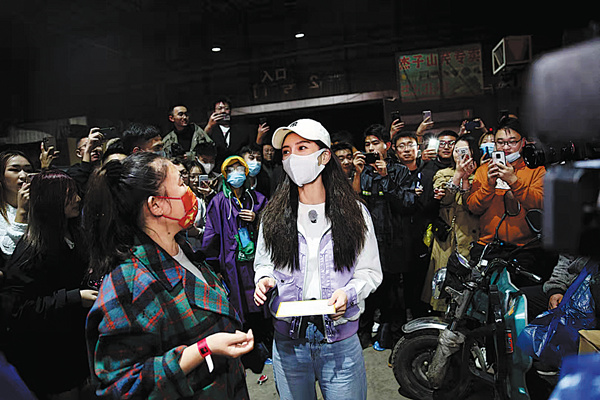 “Most of the days in Lanzhou, we could see the sky was clear blue and the air quality was good. The local authorities have built a total of 16 parks along the banks of the Yellow River, providing a lush green environment for locals,” says Wang.
Also a mother of two children, a visit to Lanxiang Technician College in the Jinan episode particularly resonated with her. The school, founded in 1984, is famous for its popular TV advertisement:”What school gives you the best technical skills? Come to Lanxiang in Shandong”.
With China’s increasing demand for technical talent, many students from the vocational school have landed well-paid jobs, exemplified by the fact that most veteran crane drivers can earn around 13,000 yuan ($2,038) per month, and some successful chefs earn up to 750,000 yuan annually.
Lyu Peng, chief executive director of the show, adds that sometimes a technical job not only ensures decent pay, but also fosters a sense of honor.
“Many graduates from the school are involved in some of China’s pivotal projects, such as the South-to-North Water Diversion Project (the largest of its kind in the country, which involves drawing water from southern rivers to supply the dry north), and the construction of some sections of China’s railway network,” says Lyu. 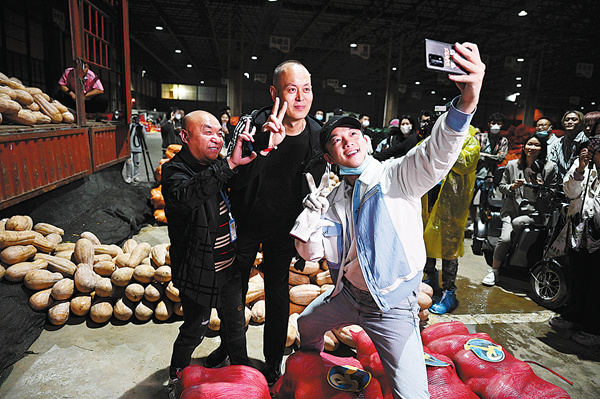 Some students at Jinan Vocational College-another stop in the episode-grabbed several top awards at nationwide competitions, applied for patents and even launched their own startup businesses at the school. Lyu says that he hopes the show will change the societal bias against vocational education.
Apart from serious themes, the show has maintained its successful formula of blending them with entertaining elements. For instance, in the Shouguang episode, stars take part in an activity which reflects the rural changes resulting from the reform and opening-up policy.
At Lanxiang Technician College, students use around a dozen giant earth movers, or excavators, to perform a welcoming “dance”. The students in the cabs of the excavators maneuver the arm and lift the tank-like tracks of the vehicle-a procedure that requires delicacy of touch and enormous skill.
“The parking lot for the excavators is vast, with dust dancing in the air,” recalls Zhu Yi, the show’s deputy chief director, about how he and his team choreographed the performance, which provides an epic sense of machinery in motion.
He also explains that most games were designed to match the themes, such as an “auction” to bid for delicacies, which aims to remind the audience to cherish food.
Sun Yi, the deputy director in charge of the postproduction, reveals that, on set, 20 cameras roll simultaneously, capturing around 240 hours of footage for every 100-minute episode.
“The schedule is very tight. Most of the episodes just have two weeks to wrap up the postproduction procedure whereas, in the past, we would usually have at least three weeks,” Sun reveals.
A veteran who has been working on the show for a long time, Sun is familiar with all the participating stars, and knows the best moments to use when she edits the footage of them. “In the new season, the audience will also see these stars grow up and understand how they have achieved breakthroughs,” she adds.
More celebrities, such as former shot putter Gong Lijiao, a three-time Olympic medalist, and cross-talk performer Qin Xiaoxian, are set to join the show. The final episode is scheduled to run at the end of this month.
Source: By Xu Fan | China Daily | Updated: 2021-11-19 08:01