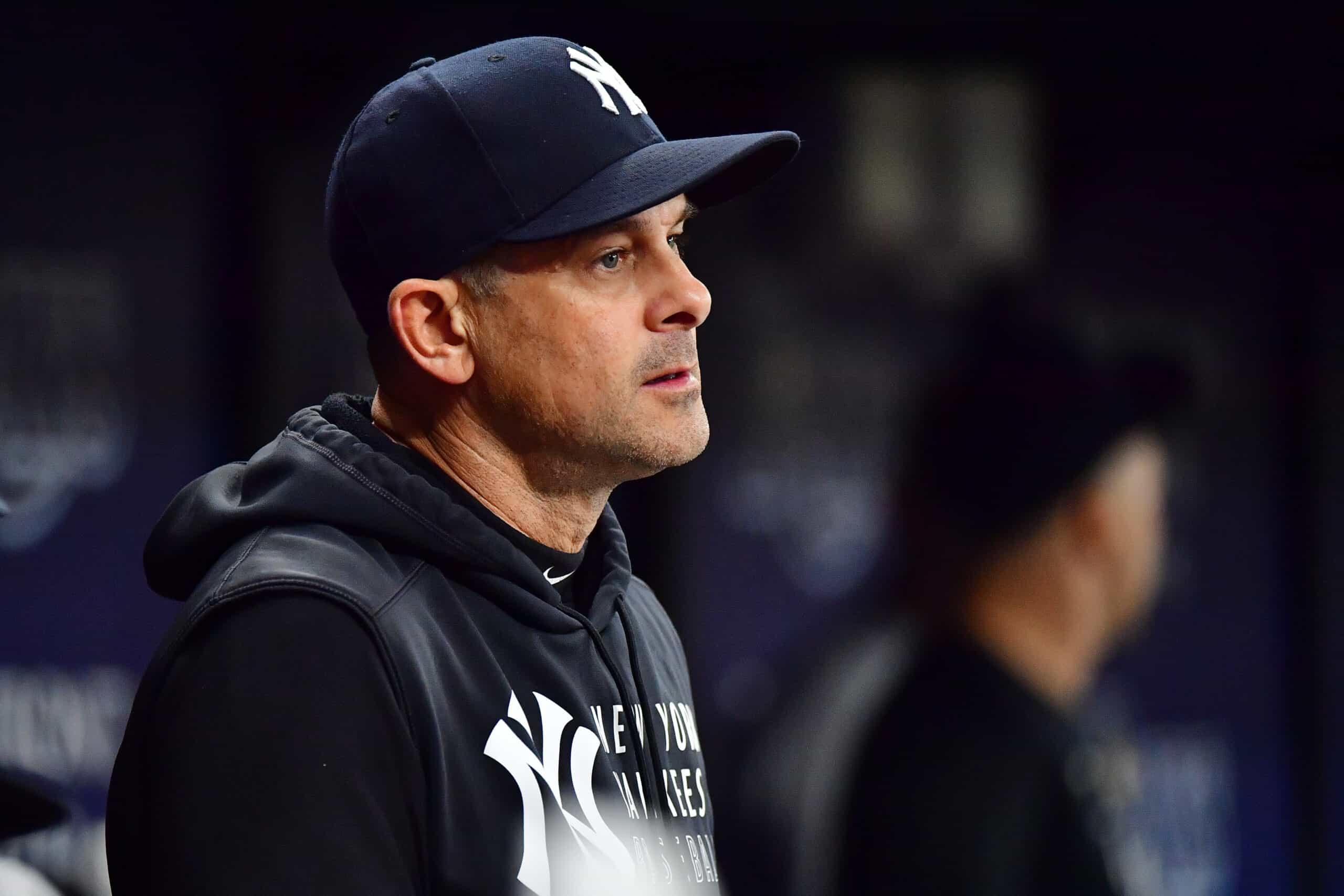 The New York Yankees took some time to evaluate whether or not to extend the working relationship with manager Aaron Boone, but in the end, they are signing him to a three-year deal with a club option for 2025 to remain the Bombers’ skipper.

The New York Yankees today announced that they have re-signed Manager Aaron Boone to a three-year contract through the 2024 season with a club option for 2025.

After the Yankees’ season ended with another bitter disappointment in the Wild Card Game against the Boston Red Sox, there was some chatter and speculation about his future.

His contract was up after this season, and it was the perfect opportunity to let him go without much issue if that would have been the direction the franchise wanted to take.

But Boone was always of owner Hal Steinbrenner’s liking, and the Yankees are showing faith in him by committing to him for the next three years.

Steinbrenner praised Boone and was happy to see him accept the offer to return, stating the following:

“We have a person and manager in Aaron Boone who possesses the baseball acumen and widespread respect in our clubhouse to continue to guide us forward. I know Aaron fully embraces our expectations of success, and I look forward to drawing on his intelligence, instincts and leadership in pursuit of our next World Series championship.”

A Great Regular Season Manager Still To Make The Leap

Boone has been in charge since the 2018 season, when he led the Yankees to 100 victories but lost to the Red Sox in the Division Series.

In 2019, Boone and the Yankees made it to the Championship Series, where they lost 4-2 to the Houston Astros.

Last year, it was the Tampa Bay Rays as the ones who eliminated the Yankees in the Division Series.

In 2021, they didn’t even make it to the Division Series.

The postseason failures have prompted fans to question Boone’s leadership, ability to get the best out of his players, and overall decision-making when it comes to building the lineup and managing the bullpen.

Brian Cashman: “Aaron Boone has had a lot of success here despite our postseason results.”

So no success at all.

However, the organization obviously thinks he is good enough to remain in the position at least for the next three years.

Boone has a marvelous regular-season record, at 328-218, but that success is yet to translate to the playoffs.

His performance in the postseason in the next three years, should he complete his contract, will be the primary element to judge his overall tenure with the Yankees.

Additionally, he will return to his manager role with lots of unfamiliar faces as far as coaches are concerned.

The team had a very solid pitching staff despite a myriad of injuries and unexpected under-performers, but the offense never really clicked despite having stellar names like Aaron Judge, Giancarlo Stanton, Gary Sanchez, Gleyber Torres, DJ LeMahieu, and others.

The organization has the responsibility of providing Boone with a capable hitting coach who can work with each hitter and design a plan to get struggling sluggers back on track.

If the offense clicks next year and pitching coach Matt Blake is able to keep the staff up and running, the Yankees can be dangerous under Boone.

He is a capable manager, but remains unproven on the biggest of stages.