Elements of the New South Wales coast have been buffeted by 100km/h winds as a storm entrance blew by means of Sydney.

Residents had been warned to brace for extreme thunderstorms on Tuesday night time, as damaging winds struck.

It was affecting the coast from Gosford south to Ulladulla. 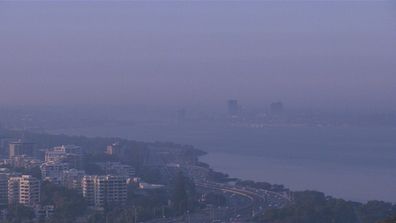 As forecast, the storms handed rapidly out to sea and the extreme climate warning was cancelled simply earlier than 10.30pm.

The Bureau of Meteorology stated a powerful higher stage trough was enhancing the storms as they rolled east.