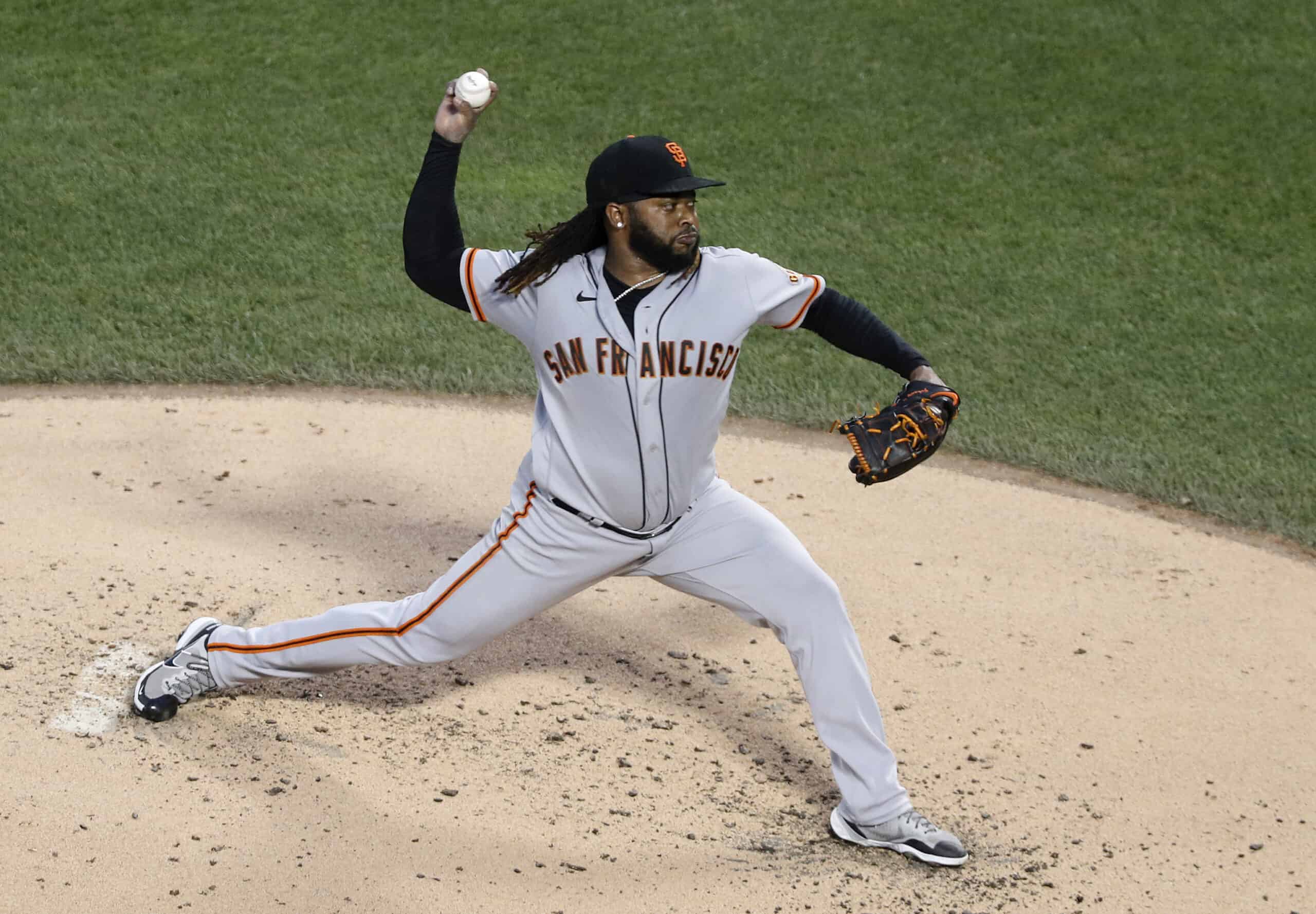 Johnny Cueto could find himself wearing a new MLB uniform in 2022 for the fourth time in his career.

The veteran starting pitcher just wrapped up a six-deal deal with the San Francisco Giants, and he’s now a free agent.

Cueto’s stint with the Giants didn’t go exactly as hoped, as the 35-year-old didn’t really live up to expectations.

Given his age and recent production, will he have a hard time finding a home this offseason?

Recapping Cueto’s Stint With The Giants

Cueto’s time with the Giants got off to a nice start.

Unfortunately, things started to go downhill after that.

Over his next three seasons, he was only able to make a total of 38 starts, and the results weren’t great in those games.

That’s where we stand today, with Cueto being a free agent and the Giants presumably moving in a different direction.

Obviously, the two-time All-Star isn’t the pitcher he used to be.

But here’s the thing: Given the way the starting pitching market is behaving this offseason, Cueto shouldn’t have any trouble finding a team to play for in 2022.

Let’s talk more about that.

It’s A Great Offseason To Be A Starting Pitcher

In past years, a guy like Cueto might have only garnered interest from one or two teams in free agency.

But this winter, he might hear from a number of different squads.

That’s because MLB clubs are being extremely aggressive when it comes to signing starting pitchers this offseason.

Andrew Heaney might be the best example to compare to Cueto.

Heaney doesn’t have a very impressive track record at all.

Despite all of that, the Los Angeles Dodgers just signed him to a one-year deal worth $8.5 million.

Left-hander Andrew Heaney is in agreement with the Los Angeles Dodgers on a one-year, $8.5 million contract, a source familiar with the deal tells ESPN. Dodgers place a bet that Heaney, 30, can take a leap and jump the market after his rough 2021. @Ken_Rosenthal had a deal first.

Heaney aside, another pitcher who’s coming off of a poor 2021 campaign recently landed a big deal.

Eduardo Rodriguez, who finished the 2021 season with a 4.74 ERA, already locked down a multi-year deal with a very attractive AAV.

Left-hander Eduardo Rodriguez and the Detroit Tigers are in agreement on a five-year deal with between $77 million and $80 million, sources tell ESPN.

Cueto probably shouldn’t get his hopes up about netting a multi-year deal, but given the way things have gone this offseason with the starting pitching market, he really doesn’t have to worry about the possibility of being left in the dust.

It doesn’t seem like many rumors have surfaced yet connecting Cueto to any teams, but it’s surely only a matter of time until that’ll change.

The 2015 World Series champ will likely find himself signing on a dotted line sooner rather than later.