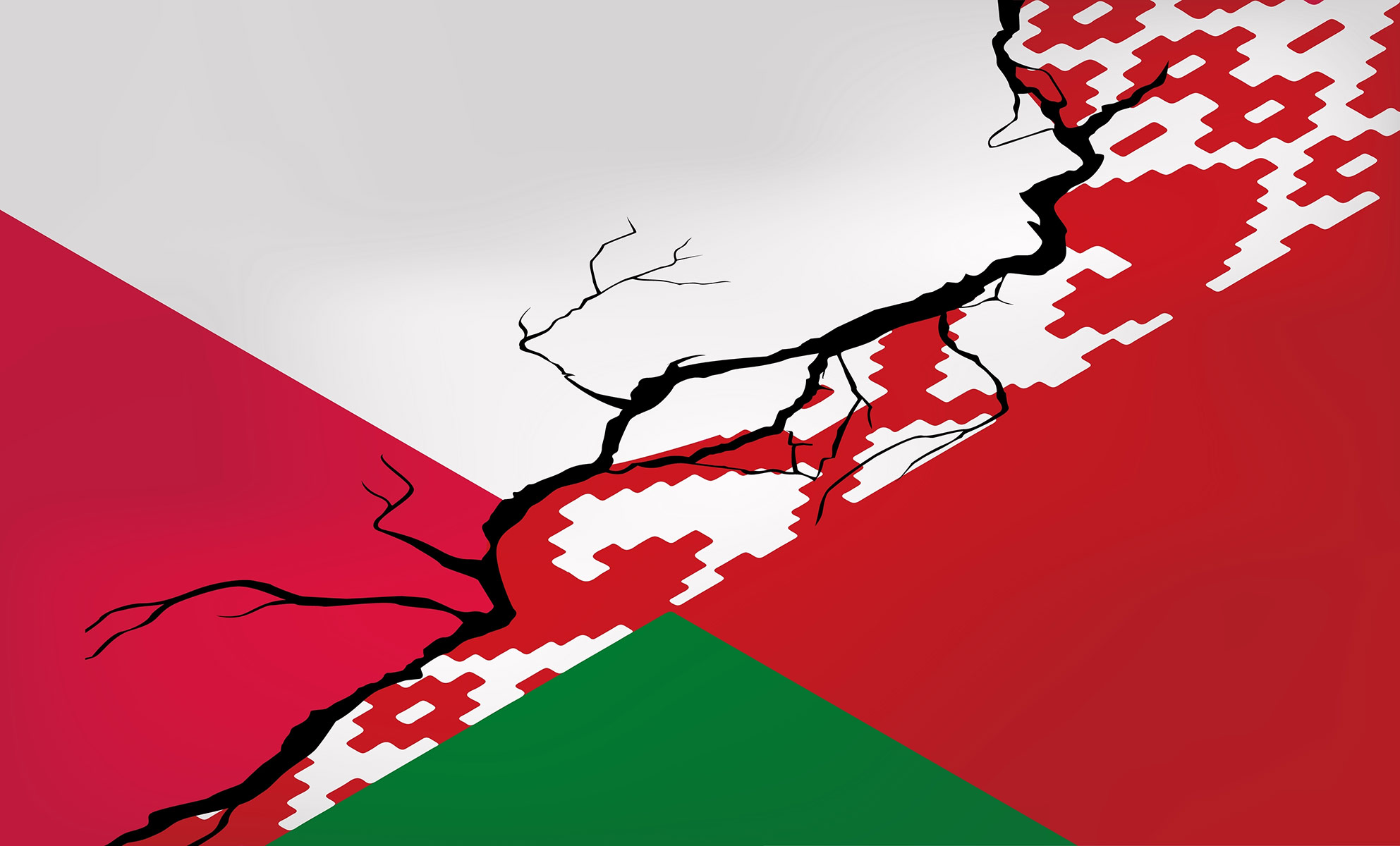 Thousands of people are waiting at the border between Belarus and Poland, hoping to enter the European Union. Belarusian leader Alexander Lukashenko has flown them in from crisis areas like Iraq and Syria in retaliation for sanctions against his country. Top politicians in Berlin and Brussels are speaking of a “hybrid war,” and the Baltic states are warning of an attack on the alliance’s territory, which the North Atlantic Treaty Organization would have to deal with.

Lukashenko and Russian President Vladimir Putin are also fueling this war rhetoric. Both countries are feigning concern about a perceived NATO troop concentration on the border with Belarus. According to reports, nuclear-capable Russian bombers have recently patrolled the Belarusian airspace. German policy should not fall into this trap of conjured-up militarization.

The Migrant Crisis on Poland-Belarus Border Is Lukashenko’s Revenge

The frequent use of the term “hybrid warfare” fits in with a development that is increasingly shaping the discourse on security and defense policy in Germany and other EU and NATO states. It has become a commonplace belief that the boundaries between war and peace are becoming blurred.

War seems to be everywhere: There is talk not only of hybrid wars but also of information wars, cyberwars and economic wars. Almost every international dispute is interpreted in light of the ubiquitous paradigm of a “great power conflict,” with the potential for military escalation.

Not all of this is necessarily wrong, and much of it is not really new. But war is and remains at its core the organized use of military force for political ends. In the process, states and non-state actors have always used non-military means as a flanking measure to win the propaganda battle or to weaken the will of the opponent to divide their societies.

The technological and societal developments of the past decades have facilitated this enormously. Economic instruments such as sanctions and boycotts can also be threatened or used to augment military means. However, the basic definition of hybrid warfare is that it is the integrated use of military and non-military means or tactics within the framework of an overarching goal or plan.

The current situation on the Polish-Belarusian border does not meet this criterion. Even if this crisis was orchestrated by the Kremlin, it is far-fetched to speak of an integrated “deployment” of migrants in Belarus and of pro-Russian separatists and Russian troops in eastern Ukraine as part of an overall plan.

Calling the situation a hybrid war has concrete consequences because war justifies politically and legally different rules and means than peace. Using the term “war” increases the danger that it will be used to justify the mistreatment of refugees in violation of human rights. War creates a great urgency to act, while at the same time the political room for maneuver dwindles.

The question also arises as to who is waging war against whom. Is it Belarus against Poland, so that there is a NATO Article V case for collective defense? Or is it Russia against NATO? The expansion of the concept of war also dilutes the respective areas of responsibility of internal security forces and armed forces. Shouldn’t the Bundeswehr then also be deployed on the German-Polish border, and shouldn’t NATO send its rapid reaction force to the Polish-Belarusian border?

The fact that the boundaries between war and peace are becoming increasingly blurred is not only due to abstract security policy developments and structural international changes, but it is also very much the result of the language and actions of political actors, including in the West. Politicians, therefore, have a responsibility to continue to define the boundaries between war and peace.

The migrant crisis on the Polish-Belarusian border is not yet a war. It cannot safely be ruled out that it will not escalate militarily. However, politicians in Germany and the EU should not rhetorically pave the way for such a development and should not respond to corresponding provocations from Minsk and Moscow.

They should meet the challenge posed by migration and refugees with political means — also and especially when a state uses them as a means of pressure. In addition to further economic sanctions by the EU against Belarus, the establishment of a functioning asylum policy in the European Union would be an essential step in this direction.

*[This article was originally published by the German Institute for International and Security Affairs (SWP), which advises the German government and Bundestag on all questions related to foreign and security policy.]