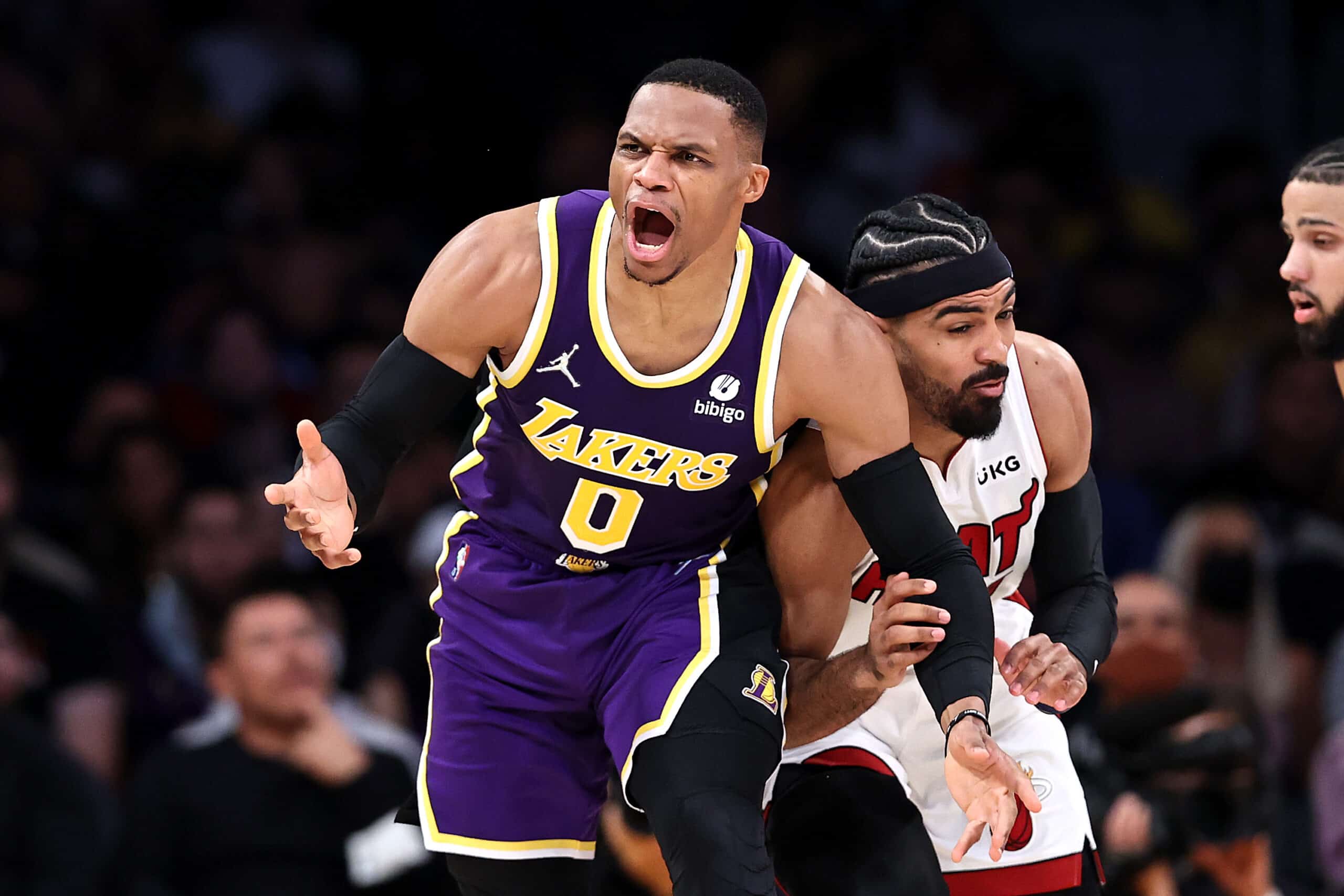 Russell Westbrook was traded from the Washington Wizards to the Los Angeles Lakers over the offseason.

It marked the third consecutive offseason Westbrook was sent to a new team starting with the trade away from Oklahoma City.

The details of the trade were as follows:

This trade ended up being part of a larger 5-team trade, the details of which can be found below.

Here is what the final version of the five-team trade looks like, according to sources:

As with all trades, there must be a winner and a loser.

Today we will review the winner between the Lakers and the Wizards in the blockbuster Westbrook deal.

Westbrook Off to Slow Start

When the deal first went down, there were immediate concerns with the fit between the Lakers Big 3.

Westbrook, LeBron James, and Anthony Davis are all immensely talented players, but none are considered great 3-point shooters.

James is the leader of the bunch as a career 35% shooter from deep, with Westbrook and Davis just barely clearing 30%.

So far, it has been even worse as the three learn to play together.

Westbrook is hitting just under 30% of his 4.2 triples per game.

Which has led to James trying to become more of a threat from deep – attempting a career-high 8.2 threes per contest.

Russ and slow starts are nothing new.

It took him time to acclimate after joining the Rockets and the Wizards.

Here’s how his first 13 games with the Los Angeles stack up against Houston and Washington.

LA is 7-6 and while they average 110 points per game (7th best in the NBA), they have the 24th ranked Offensive Rating.

For a team with championship expectations, AD does not believe they are a title team at the moment.

Washington has to be considered the winner of the deal through the first month of the regular season.

They are in the top half of the league in both points scored per game and points allowed per game.

And their +4.2 net rating is good for 7th best in the league.

The Wizards are currently the FIRST SEED in the East. pic.twitter.com/qiuWrpdbSY

Kuzma, KCP, and Harrell are all playing major minutes and making great contributions next to star Bradley Beal.

While the Wizards did well to flip Westbrook into solid pieces to surround Beal, the true winner won’t be known until May.

Los Angeles didn’t bring Westbrook in to win regular-season games, they brought him in to help win titles.

And if he can find his role come playoff time and bring the Larry O’Brien back to LA, his slow start will be forgotten.

If Westbrook can’t find his footing in his hometown and the Wizards keep playing well, Washington may remain the winner of this deal.

We need more time to make a final determination.