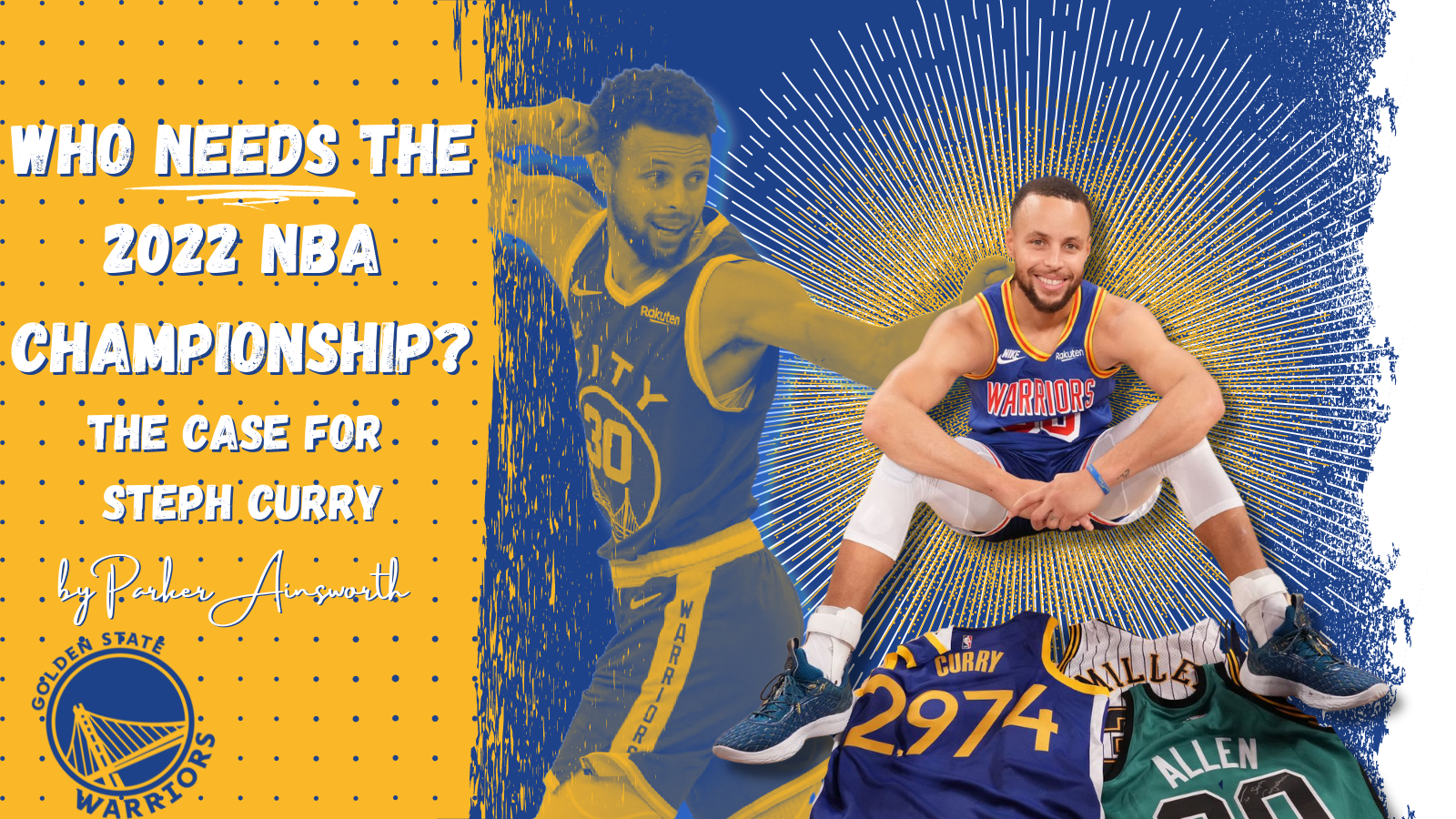 For a second consecutive year, it feels like we have a very wide-open field in the NBA. In the Western Conference the reigning champion Suns and Chris Paul feel like they’re as talented as anyone, and out to prove last year was not a fluke… but they’ve lost twice to the top-seeded Golden State Warriors. Steph Curry & Co. not only sit, familiarly, at the top… they just welcomed back Klay Thompson back.

Both of those teams have great records, but does anyone really think LeBron James is averaging 28.5, 7.5, and 6.5 to just scrape by? A big trade-deadline move for the Lakers feels inevitable, and Anthony Davis should return in February (if not before). And none of those teams want to catch the scorching Ja Morant and Memphis Grizzlies on a wrong day or see reigning MVP Nikola Jokic in Denver on a tough trip through the Mountain Time Zone.

Out East? DeMar DeRozan and the new-look Chicago Bulls sit atop the conference after a pair of buzzer-beaters to turn the calendar to 2022. But Brooklyn sits just one game behind them in second, is getting healthier, and has begun the partial return of All-Star Kyrie Irving. The Miami Heat added star power and championship pedigrees in the off-season, have an impeccable record against the top-tier of the NBA, and once they’re healthy it stands to reason they will also make a run. At some point, Philadelphia wants to trade Ben Simmons for a star to pair with Joel Embiid. The Cleveland Cavaliers look young, hungry, and dangerous. And the reigning NBA champions are having a “down” season, and are sitting in third place.

In short, the NBA feels wide open. There are new faces and old heroes, and someone will have their names added to history books this June. Lots of analysts, gamblers, and others will spend the next couple of months telling you who WILL win the 2022 NBA Championship… but who needs it?

The Case For Steph

In the preseason, Steph Curry himself told us all he had “nothing left to prove” but “plenty more to accomplish.” While that’s a powerful mentality, Steph Curry does need the 2022 NBA Championship on his resume.

Curry will forever be remembered as the best shooter to ever play the game and has undeniably changed the way basketball is played at the NBA level. He’s made coaches write entire game plans to keep him from taking shots that just a decade ago defenses intentionally forced teams into. He’s a truly remarkable and historic basketball player. But as a winner?

Steph Curry’s legacy, as a winner, relies heavily on the 2015 NBA Title. In 2016, the Warriors famously blew a 3-1 lead over the Cleveland Cavaliers. That summer, Kevin Durant headed to the Bay and was the clear NBA Finals MVP over the next two NBA Finals runs for Golden State. In Durant’s absence in 2019? The Warriors fell to a Kawhi Leonard-led Toronto Raptors. Since Durant’s exodus? The Warriors hit reset over the 2020 season and lost in the Play-In tournament last year.

It only gets more complicated when breaking down 2015. Curry and the Warriors, by happenstance, got to play several teams with Point Guard injuries along the way. The Houston Rockets were without Patrick Beverley to defend him in the Western Conference Finals. Curry didn’t see Chris Paul that year. Mike Conley tried to play through fractures in his face while chasing Curry around for Memphis. The Pelicans Jrue Holiday was only able to log 55 minutes in the first-round series. And who could forget Kyrie Irvings’ gruesome injury in the NBA Finals?

None of that touches on the biggest individual indictment of 2015 for Curry. While Curry was the leader in nearly every sense, the 2015 NBA Finals MVP was given to Andre Iguodala for “holding” Cleveland’s LeBron James to 35.8 points, 13.3 rebounds, and 8.8 assists per game. James himself won a third of the MVP votes in a losing effort.

Winning a title, and Finals MVP, this year for Steph Curry silences the lone criticism on his resume.

The 2022 Golden State Warriors look eerily familiar. With Klay Thompson back in the starting lineup, they mirror previous champions. Much like their 2014-15 team, the Warriors surround Curry with Thompson’s shooting and “point” Draymond Green. They’ve replaced Harrison Barnes with Andrew Wiggins, a long, athletic wing. They still start Kevon Looney inside, and eventually James Wiseman, big tough guys much like Andrew Bogut from the previous iteration. Off of the bench, this Warriors team brings in an older Andre Iguodala surrounded by athletic and intelligent basketball players. Where the 2015 Warriors bench featured an older Leandro Barbosa with Iggy, Shaun Livingston, and tough guy Marcus Speights. This team’s “old head” off the bench is Iggy, and he’s complemented by the youthful energy of Gary Payton II, Juan Toscano-Anderson, and Otto Porter Jr.

The biggest difference, and the one that makes a 2022 NBA Championship different from a 2015 title, is the reliance on Curry. In 2015, Steph Curry wasn’t the NBA Finals MVP. A younger Draymond Green was able to impact the game much differently. A younger and never-injured Klay Thompson was able to pull defenses off of Curry more forcefully. Harrison Barnes could stretch the floor in ways Wiggins can’t. Stylistically, the 2015 and 2022 Warriors mirror one another. But make no mistake; Steph Curry’s shoulders are carrying an even bigger load.

Winning the 2022 NBA Championship proves he can carry that load. Even after their 2015 run, there were doubts. The Warriors played the Pelicans, Grizzlies, Rockets, and Cavaliers en route to their win. Jrue Holiday, Mike Conley, Patrick Beverley, and Kyrie Irving, all of whom were slotted to be Curry’s primary defenders, were each injured before or in Game One of the series they played Curry.

And in the NBA Finals, Curry spent half the series watching Cleveland’s Matthew Dellavadova run rip-shod on the Warriors. While the caffeinated Aussie eventually ran-out of steam, Curry wasn’t deemed the most valuable Warrior in the series. It felt like the dynasty in the making was going to give Curry several opportunities…

Then in 2016, they blew a 3-1 lead. Kevin Durant’s stint in 2017 and 2018 took any individual shine off of Curry, as the six-foot-ten sniper dominated the game. In 2019, with Durant hurt, Curry’s Warriors fell to the Toronto Raptors (and lost Klay Thompson along the way). 2020, Curry suffered his own injury and the Warriors fell into the lottery. In the 2021 Pandemic season, as Curry refound his footing, the Warriors had to rediscover their identity and eventually fell out in the new NBA Play-In tournament.

Now? Now they’re poised to return to the days of Bay Area championship parades. And Curry aims to hoist the NBA Finals MVP trophy through San Francisco. And he needs to.

For more on sports, sneakers, and fandom, follow me @painsworth512 for more. Give our podcast “F” In Sports a listen wherever you listen to podcasts! Be sure to check our NEW weekly basketball show, The Midweek Midrange, on YouTube,Twitter, and Instagram!