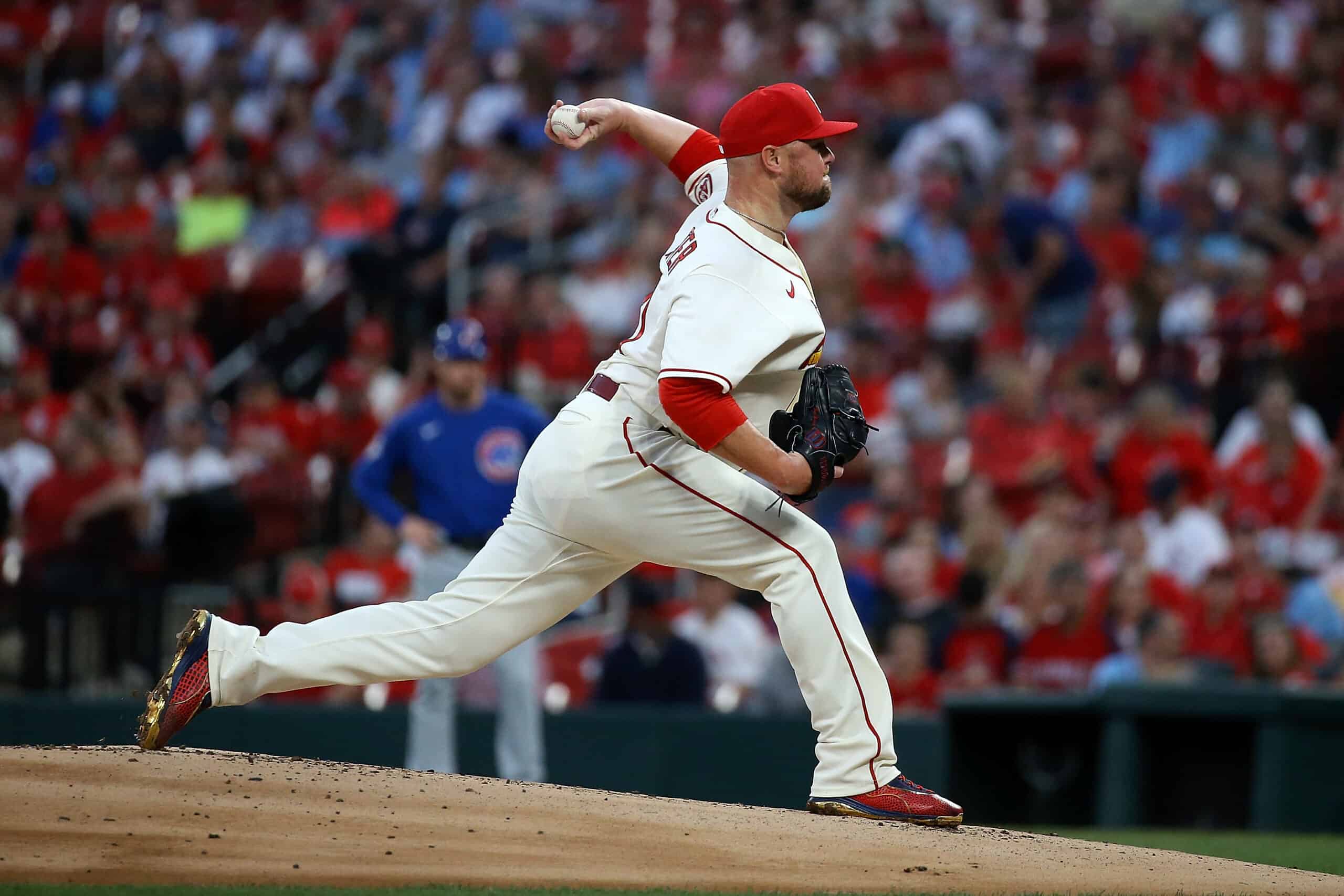 Jon Lester has been in MLB for 16 seasons.

The lefty has been around the block, having played for five teams in total and three over the past two seasons.

But this winter, he’s a free agent, and there are some questions about his future.

Will he choose to return for another season?

If so, where will he land?

Does Lester Still Have Something Left In The Tank?

In recent seasons, Lester has looked like a shell of his past self.

Since the start of the 2019 campaign, the veteran has made 71 starts.

Obviously, those numbers are very iffy, but are they serviceable?

Truthfully, it depends on who he’s playing for.

Others might have a very poor rotation situation in which Lester would actually be an upgrade over some of the current options.

In that sense, you could definitely argue that Lester still has some value left in the tank, even though he’s a below-average arm at this stage of his career.

It’s easy to forget how good this guy was during his prime.

This was the last of Jon Lester’s 9 K’s … and Wrigley Field was HERE for it. pic.twitter.com/LcfpNMC3zc

The 37-year-old has five All-Star selections and three World Series titles to his name, and he earned every bit of those accomplishments.

He was one of the league’s top starters during that span.

If He Plays Another Season, Where Might He Land?

For the sake of discussion, let’s assume that Lester plays another season.

You’ve probably gathered by now that there isn’t going to be a crazy market for him this winter.

That said, he figures to land somewhere.

One team that makes a lot of sense as a potential suitor is the St. Louis Cardinals.

Lester spent the final couple of months of the 2021 season with St. Louis after being traded there at the deadline, and the results were actually pretty solid.

His first two starts with the club were pretty ugly, but from that point on, he managed to put up a 3.40 ERA over 10 starts.

He did have a 5.29 FIP over that span, so there’s a good chance that he was fortunate to have a low ERA.

Still, he kept runs off the board, and that’s what counts.

The Cardinals may lose multiple starting pitchers to free agency this offseason, and retaining Lester would make sense in that case.

We don’t know where the Cardinals are going this winter but if you were making the calls and the 2 main choices were to re-sign Happ or Lester, who are you picking?

I think I’d go with Lester.

St. Louis aside, the Baltimore Orioles are likely going to need to sign some inning-eatings this winter.

Baltimore’s rotation was embarrassingly bad in 2021, and the organization owes it to its fans to insert some new arms into the mix in 2022.

Lester would likely come at a low price and would add some intrigue to the rotation given his status as a former star.

We’ll see if that’s a possibility the Orioles end up pursuing.