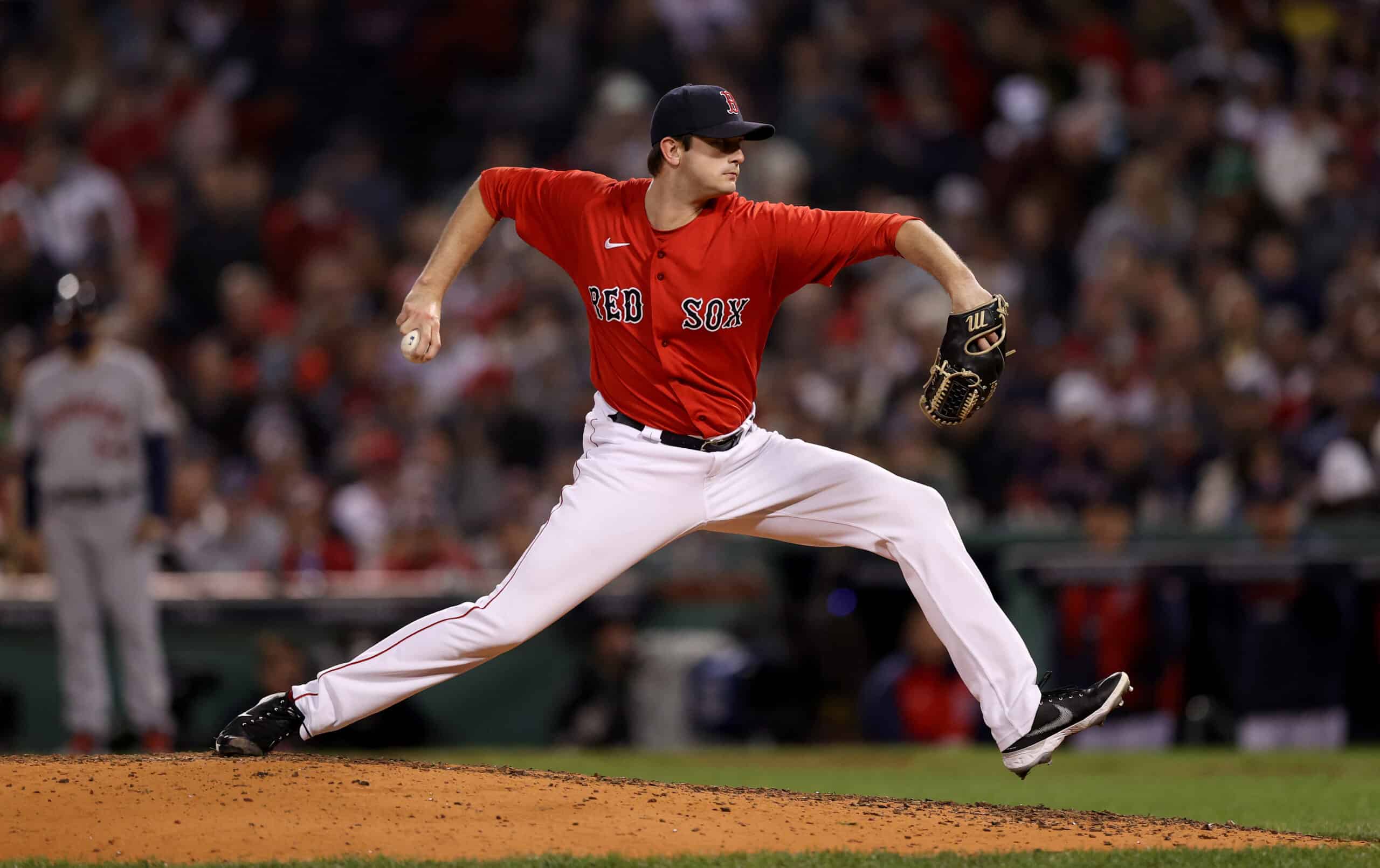 When Boston Red Sox fans think back on the 2021 season, the team’s trip to the ALCS will probably always be the first thing that comes to mind.

That makes perfect sense, as Boston’s postseason run was unexpected and memorable.

But that wasn’t the only positive development that happened along the way.

The club saw several young players take big steps forward through the year, with the most notable guy being Garrett Whitlock.

The 2021 season was Whitlock’s first at the MLB level, and he opened some eyes.

The future is very bright for the youngster.

Rookie of the Year results were revealed earlier this week, and some folks were slightly surprised by the fact that Whitlock didn’t receive any votes.

He certainly made a strong case.

The righty appeared in 46 games in 2021 and established himself as arguably Boston’s top relief option.

He also racked up a very impressive bWAR of 3.0.

The Red Sox learned heavily on the 25-year-old in the postseason, and the results were largely very good.

He allowed just two runs in 8.1 innings of work, giving him a 2.16 ERA in the playoffs.

Whitlock has a lot to be proud of, and the Red Sox are definitely pumped to have him around for the foreseeable future.

Does Whitlock Have A Future As A Starter?

There has been a lot of discussion about the possibility of Whitlock joining the rotation at some point down the road.

It’s probably worth noting that he spent most of his minor-league career as a stater.

”Obviously, we believe he can be a starter with time, but you never know what can happen in the future,” Cora said.

Of Whitlock’s 46 appearances this past regular season, 31 were more than an inning long, including a couple of outings that were three innings or longer.

“We haven’t actually stepped back and had that discussion yet, so I don’t want to jump to any conclusions because I don’t think it’s right to do that midstream,” Bloom said. “I would say he has developed over the course of the year, we’ve seen it, a repertoire that makes you think he could be a really good starter. Generally speaking, when somebody has that, they have a complete repertoire, they have that strike-throwing ability, the ability to repeat their delivery, if you can get 150-200-plus innings out of them that’s usually the biggest way for them to impact your team. Usually, you want to go down that path if you think you can.”

It sounds like nothing is set in stone yet, but it’s definitely something that’s worth keeping an eye on.

The Red Sox have Whitlock under club control until 2027, so if they do intend to stretch him out into a starter at some point in the future, they have plenty of time to do so.

If you don’t know Garrett Whitlock, allow us to introduce you. pic.twitter.com/gui6BVHXcp

In the meantime, fans should expect the former Rule 5 pick to start the 2022 season out of the bullpen.

After all, he’s a massive asset to the Red Sox in that capacity, and the team need has a shortage of reliable relievers.

That became exceptionally clear in the 2021 playoffs.