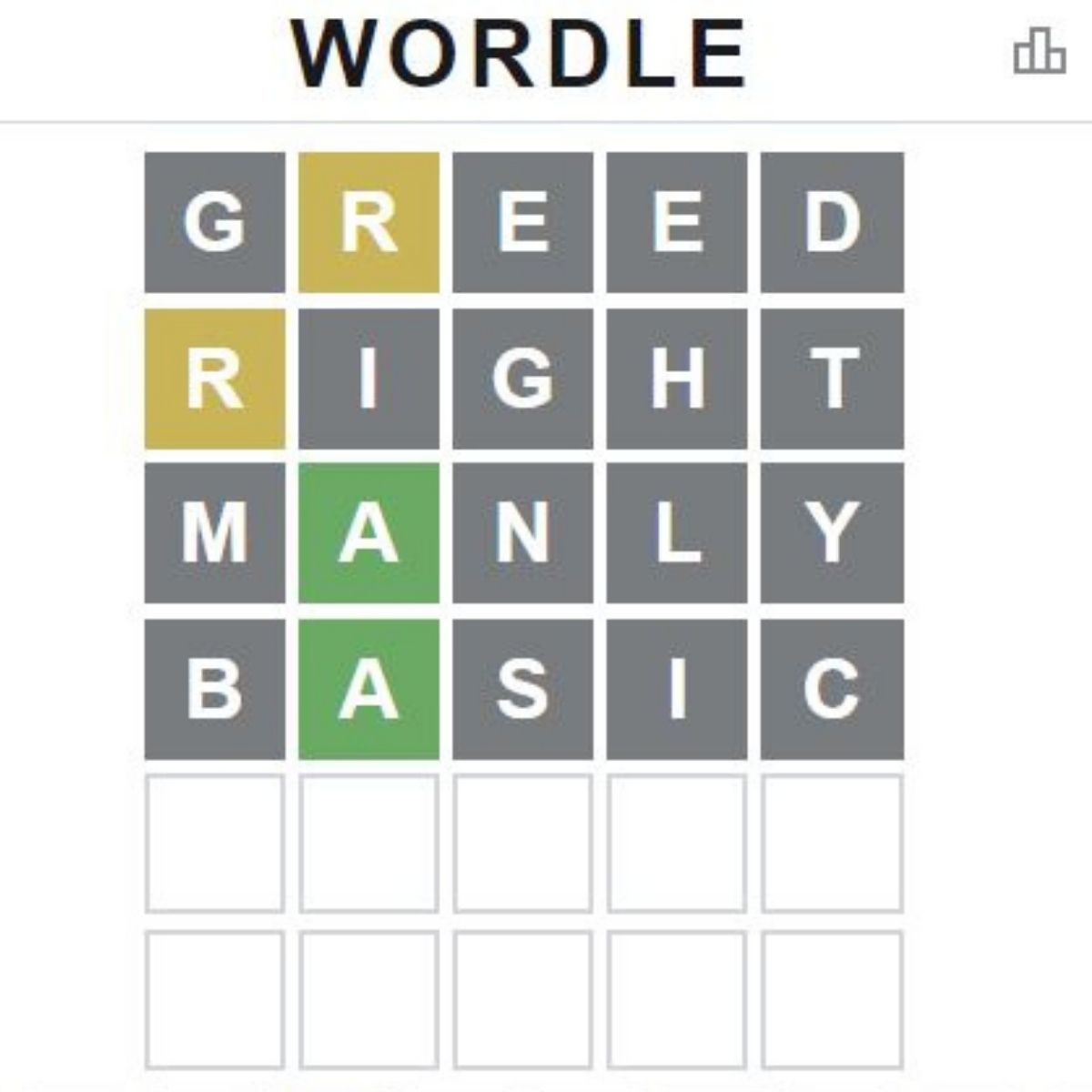 Are you part of the cool kid crowd yet and are you playing Wordle?

Online games have been quite popular for a long time, but some games just picked up during the COVID-19 pandemic and the lockdowns that followed. Now, a new online game named Wordle has caught the fancy of people across the world.

Among many who are hooked to the simple yet addictive guessing game are celebrities, with Jimmy Fallon and Jennifer Beals revealing their addiction to Wordle on Twitter. Its fame is growing by the minute, quite like the 2011 Imangi Studios game, Temple Run.

Who else is playing #Wordle? Addicted. pic.twitter.com/HJ7pt7WLmn

Wordle is a simple word-based game but cannot be called a vocabulary game, as it doesn’t test the players’ English-language skills.

The game exists on a URL with a UK domain name and has a basic design. In fact, players come across a simple grid, on which they need to guess one word correctly that has been predetermined by the algorithm.

There are hints in the game, which are displayed via colour codes.

How to play Wordle?

Wordle is not an app-based game that can be downloaded. So, players will have to access the URL powerlanguage.co.uk to play.

The game is created by software engineer Josh Wardle, who reportedly developed it for his partner.

The website has an easy to use layout. There is a 5×6 grid on a white background with instructions on the page itself. The grid has five boxes in each of the six rows.

All that a player needs to do is enter any random word with five letters and click on ‘Enter’ on the keypad displayed on the screen. The process can be repeated five more times until the correct word has been guessed.

How are the hints displayed?

This is where Wordle is unique. The system displays the hints on each of the occasions the ‘Enter’ key is clicked after a row is filled.

Using these hints, players can correctly guess the right word even before they reach the final row.

How many times can Wordle be played?

Unfortunately, the system doesn’t allow players to play the game immediately after the first attempt.

There is only one word to guess for all players in a 24-hour cycle. This means that once a game is over, players will have to wait for a maximum of 24 hours for the next round to start. The new round will have a new word to guess.

However, people on the internet always find a solution to the roadblocks. So, what if a player fails to guess the word correctly in all six tries and wants to go at it again immediately? Just clear the browsing history and cookies or play on a new browser, and you’re all set!

How are results displayed on Wordle?

After a game ends, Wordle displays a statistics window on which the number of games played, win percentage, current streak, max streak and guess distribution are listed. The statistics can be shared on social media, which is what people have been doing and has made the game go viral.

But sharing doesn’t reveal the word; just the row at which the player got it right.