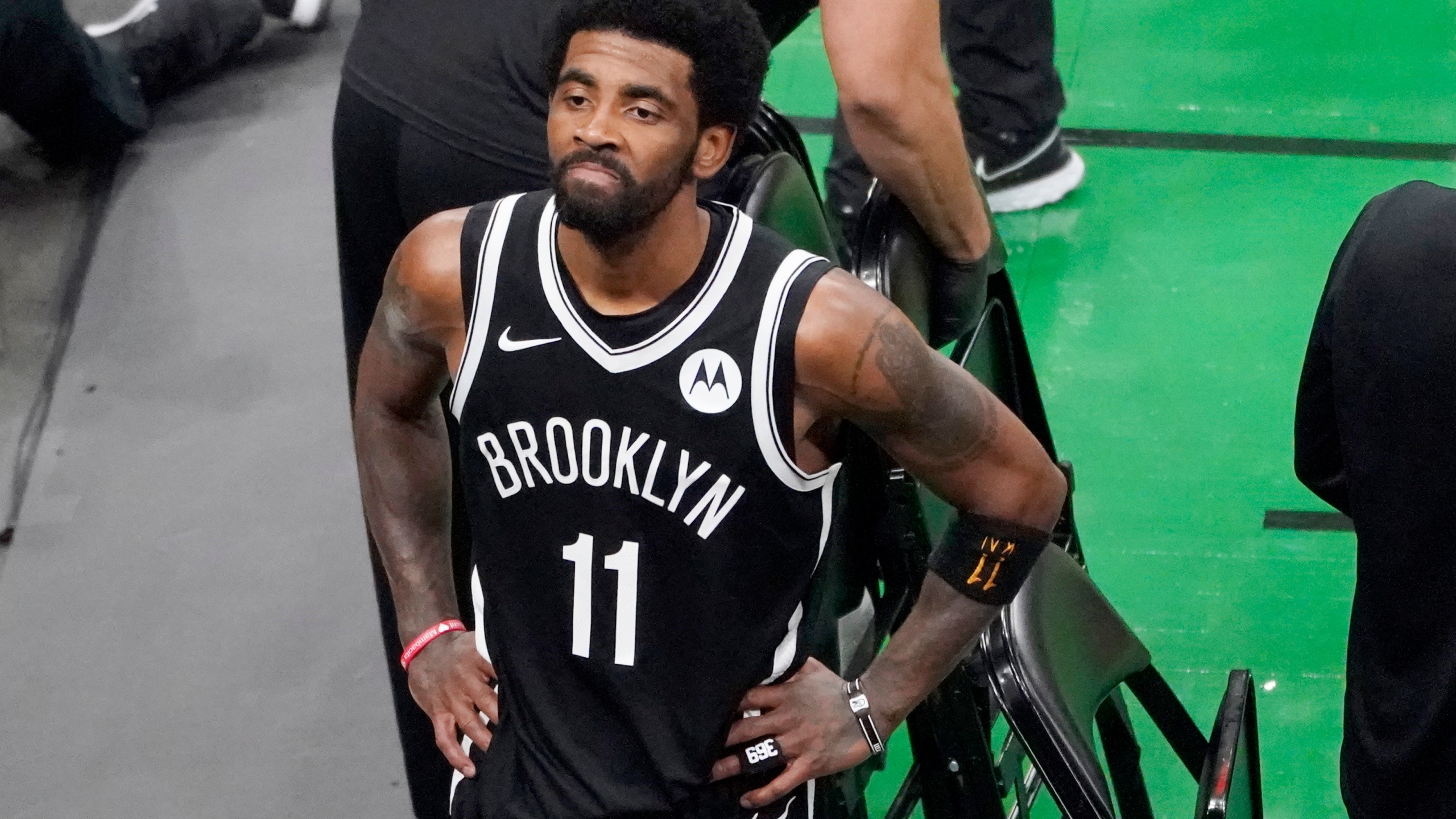 In case you haven’t heard, Kyrie Irving will not be playing for the Brooklyn Nets for the foreseeable future. What began with a mandate from New York City that large gatherings indoors require vaccination for Covid, has continued with the Nets announcing Kyrie will not play or practice until he’s vaccinated or the mandate is lifted. While there have been long think pieces done about this Nets’ decision, NBA fans have been robbed of what would have been a fascinating experiment. What would it look like to have a part-time NBA player?

Back in the 1961-62 NBA season, Elgin Baylor was a part-time player for the Los Angeles Lakers in the 1962 portion of the season, playing in 7 of the 38 games. Baylor did this because he was in the Army Reserves and could only play on a weekend pass. Elgin excelled, averaging 38 points and 22 rebounds before joining the Lakers full-time and helping them make the Finals.

While not completely analogous to Irving’s situation, it is an example of a player who had an outside entity impose their will on the work schedule of an NBA player. Further, it shows that a team with title aspirations can incorporate a part-time player. We can leave the discussion to whether the Nets should let Kyrie play to others. This is merely speculation of what part-time Kyrie might have looked like.

Kyrie is with the team to start the season, as Brooklyn opens vs. Milwaukee and Philadelphia on the road. Being that Kyrie has been a player that shows up for big games and those opponents being two Eastern Conference contenders, this would have the makings of Kyrie balling out with the Nets’ big 3. Kyrie comes out on fire averaging 32 and 5 on 61% true shooting.

After almost two weeks off, Kyrie is rested to take on some rather weak foes in a six-game road trip. His fresh legs would allow him to carry the offense against the feeble defenses of Detroit, Orlando, New Orleans, and OKC. He would keep his average just over 30 per game while upping his assists to seven and allows James Harden and Kevin Durant to pace themselves.

This next two-game road trip is where Kyrie gets tripped up a little. Because he is shuffling in and out of the lineup, he begins to show a little the lack of chemistry that led the Nets to their ultimate decision. Someone who shoots shots as difficult as Kyrie is bound to have some rough outings. Before sitting out another four games, he only averages 22 and 3 while shooting 45 times.

Looking to refind his early season groove in early December, Kyrie finds just the remedy as he takes on Dallas, Houston, and Detroit in three of his next four. These subpar defenses are just what the doctor ordered, allowing Kyrie to average a cool 28 and 5 on what is becoming his trademark efficiency. In the one game not mentioned, Kyrie relishes the matchup against Trae Young and drops a season-high 37.

The first Nets West Coast trip includes a Christmas Day game against the Lakers and every NBA fan is thrilled the game will include Kyrie. As previously mentioned, he always gets up for big games. Add in the Christmas pageantry (does Kyrie even buy into that at this point) and the matchup vs Russell Westbrook, and he helps the Nets in a beatdown of Los Angeles. With Harden focusing on getting 20 assists, Kyrie and KD combine for 75 points in the big win.

January is the first part of the schedule that gets really tricky for this experiment. Over the first 15 days of the month, Brooklyn only has two road games. Even more challenging is they are solo road trips. As we saw earlier, Kyrie’s rhythm is off, throwing up some clunkers as he tries to find his groove. It be like that sometimes and Kyrie averages only 20 points on 40% true shooting, while also having more turnovers than assists.

However, the 2nd half of the month and leading into February is just what the doctor ordered (no not Ivermectin). With nine of the next 11 on the road, Kyrie uses the first trip to get back in gear, posting 25/5/5 on 55% true shooting to help the Nets secure three blowouts. This only serves as a primer to start February, as the Nets face Golden State, Phoenix, Sacramento, Utah, and Denver. In what has become a theme of Kyrie’s abbreviated season, he relishes the big matchups and posts monster numbers. We are talking 34/6/4 on 58% true shooting while outplaying Stephen Curry, CP3, and Donovan Mitchell. At this point, Kyrie is showing that he might not play a lot, but he will make those games count.

After a quick two game road trip, we get to the first question of the season. Can Kyrie Irving play as a visitor at Madison Square Garden? The stated rules by NYC would suggest yes, even though they won’t let him play at Barclay’s Center. Well, let’s roll with what the rules say and allow Kyrie to play. While mad at the juxtaposition, he has a rough day trying to prove a point in a Nets blowout win.

Coming out of the All-Star break, Kyrie sees Milwaukee on the schedule and perks ups. However, Jrue Holiday is ready this time, as is the Raptors defense in the following game. Kyrie puts up his second and third straight clunkers, trying to re-find his rhythm. This leads to some people wondering if the road experiment should come to an end.

Entering March, Kyrie Irving only has eight games left to play before we enter an even weirder phase of him missing playoff games and game 7s, with the Nets the one seed. He starts the closing stretch with a strong but not spectacular three games vs Boston, Charlotte, and Philly. Playing calculated, efficient basketball, Kyrie averages 24/8/8, as he notches his first triple double against Charlotte.

He takes off the Orlando trip, before resuming to play against Ja Morant and the Grizzlies. Continuing his highly efficient ways, Kyrie puts in 50 points and missing 10 shots over the next two games. The  Nets cruise to two blowout wins over the Grizzlies and Heat.

His last two games of the season are single road trip scenarios vs both the Hawks and Knicks. In what has become a theme for the season, Irving once again doesn’t play up to his potential. He becomes a volume shooter as he searches to find his rhythm heading into the playoffs. It gets ugly as he scores 55 points over the two games, but needs 55 shots to accomplish those numbers.

After one of the weirdest singular seasons in NBA history, Kyrie Irving averages 27.2/4.3/4/1 on 60% true shooting and helps lead the Nets to the best road record in the league. There is some cause for concern, as his best play happened on long road trips that allowed him to get into a groove. The start and stop nature of the playoffs will no doubt test both him and his teammates. But if the season was any indication, Kyrie and the Nets will find a way to make it work.