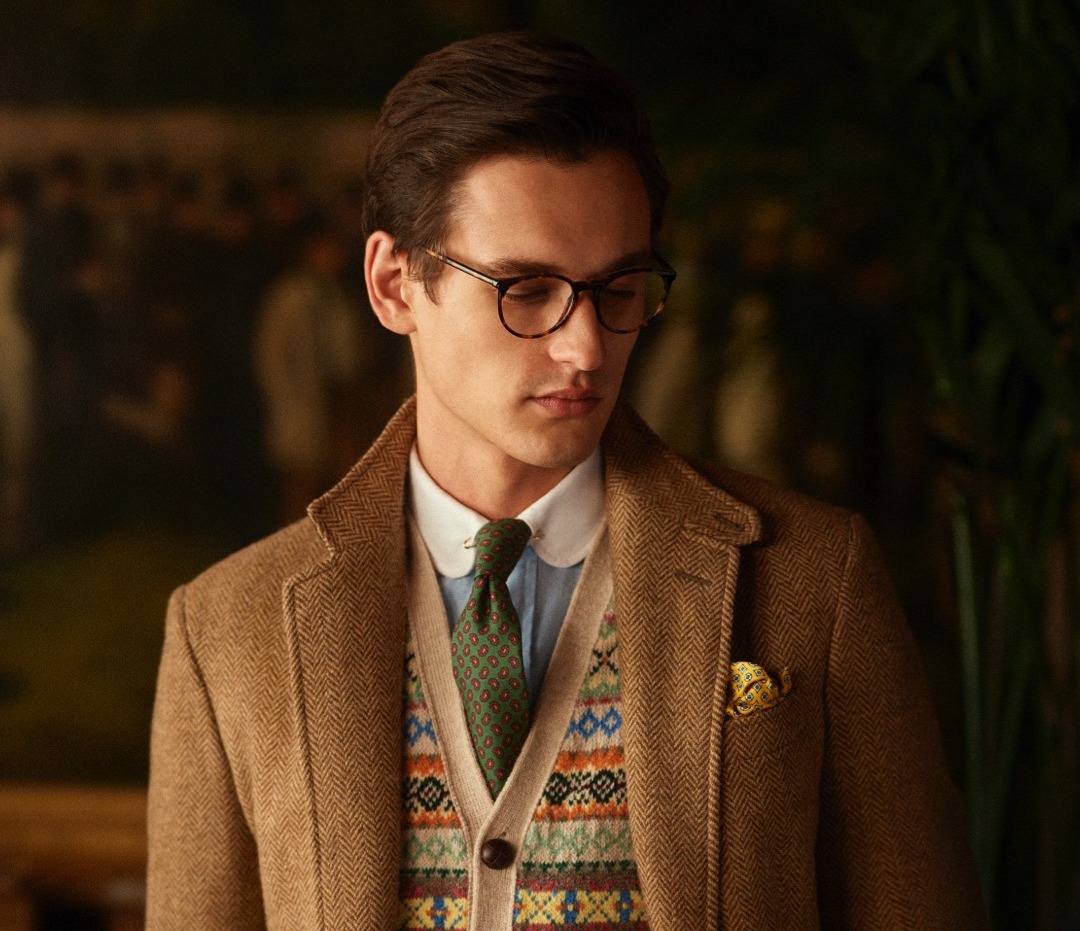 Have you noticed that cable knit sweaters are suddenly reappearing again? It’s not a coincidence, as something known as the ‘Old Money aesthetic’ is becoming all the rage.

After street style (finally) managed to make a place for itself in the fashion and luxury worlds, its moment of glory may already be coming to an end. With the rise of the Old Money aesthetic, the aristocrats are out for revenge with a classic, ultra-chic — and highly respectable — style, usually reserved for a handful of insiders. It’s currently all the rage on social media, bringing to the fore pieces that were once thought to be the preserve of the elite.

When it comes to fashion, it looks like you’ve got a choice between the uninhibited style of the 2000s and the Old Money aesthetic. Because while the noughties vibe looked like the dominant trend on the rise in recent weeks, it now seems like we’ll all be dipping into the closets of the aristocracy to stay up to date this season. Gone are the jogging suits, sneakers and hoodies with oversized logos — replaced by a more classic, more discreet kind of chic, inherited from a handful of heirs who swear by polo shirts and cable-knit sweaters. There are worse things in life, right?

What is the Old Money aesthetic?

The term Old Money essentially refers to the nobility, the aristocracy, or the WASP crowd. It’s about people who inherited wealth, rather than earning their money by working. The aesthetic is comparable to the preppy look that was popular a few years ago, but in an even more chic version, like you just got back from the tennis club. Except that, with it now being winter, it’s more like you just got back from the ski slopes, with this slightly retro touch that makes all the difference.

Contrary to what you might think, the craze for this aesthetic is being seen across all generations, and even among the youngest fashion fans. In fact, the hashtag #oldmoneyaesthetic has more than 90 million views worldwide on TikTok, while #oldmoney already counts 322 million. No doubt that you too will soon be gradually won over by this next-level preppy look.

This ultra-classic, super chic style inevitably brings to mind the Ralph Lauren brand, a master of the art. And there’s no mistaking it. The global fashion search platform Stylight reports a 98% increase in clicks for the label on its international platforms in early November, compared to the same period a year earlier. The rise is even more striking for the après-ski-chic Moon Boot brand, with clicks jumping more than 1,000%.

In practical terms, the Old Money aesthetic signals the return of furry boots — did they ever go away? — with a 657% increase in Google search interest for this product category. But it also translates into a closet stuffed with quilted vests (+75%) and leggings or stirrup pants (+75%) — a nice way for millennials to revisit childhood fashions — as well as cable-knit sweaters (+33%), and shearling or sheepskin-effect coats (+12%).

All that’s left is to embrace this retro-inspired style, like you’re fresh back from the slopes but rocking it in the city… Unless, that is, you prefer the sweater dresses, denim jackets, patchwork jeans — preferably flared — and other key pieces from the early 2000s, the other strong trend of the moment. Over to you.