(China Daily) Dwayne Johnson and Emily Blunt, the lead pair of a new Hollywood film that is screening in China, share their experiences of the production, Xu Fan reports.
While Dwayne Johnson, one of the world’s highest-paid actors, worked with actress Emily Blunt for the first time in this year’s live-action Disney film Jungle Cruise, it was easy to see their chemistry during a recent online news conference with Chinese media.
Johnson and Blunt, who were speaking remotely from Los Angeles, stumbled through a passable rendition of US singer Sam Cooke’s Bring It on Home to Me when asked which song they would choose if rendering a duet.
Matching the hilarious tone of the film, a comedic fantasy that premiered in cinemas on the Chinese mainland on Friday, the US actor and British actress recalled the shooting of the movie, adapted from an iconic attraction at Disney theme parks. 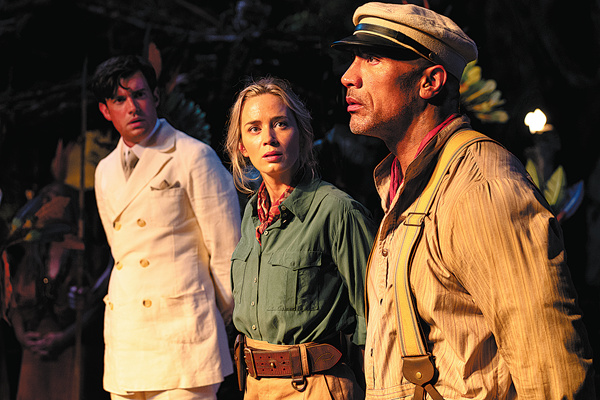 Launched with the opening of Disneyland Resort in California in 1955, the attraction is a ride, in which a wisecracking skipper takes visitors on a guided boat tour along a perilous waterway that evokes Asian, African and South American themes.
“The ride is very nostalgic and quaint. It’s almost the one that people go on to put their feet up and experience something old-fashioned and sweet, but the movie is more sweeping, epic and adventurous,” Blunt says.
After portraying a fearless mother in the sci-fi horror franchise A Quiet Place, Blunt’s new character in Jungle Cruise is also “brave and independent”.
Set at the height of World War I in 1917, the new film stars Blunt as Lily Houghton-a determined scientist who travels from London to the lush Amazon rainforests to look for a fabled tree that possesses healing abilities. 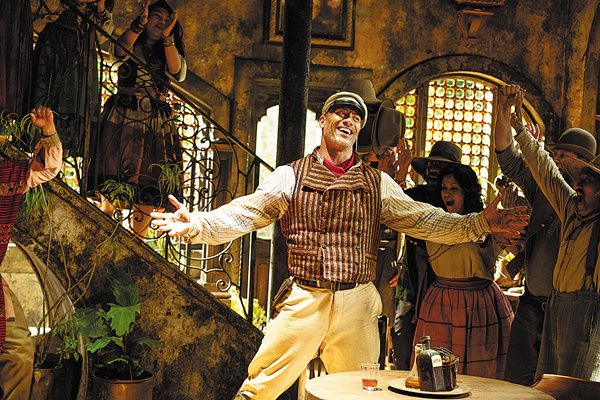 With the help of Johnson, who stars as the roguish boat captain Frank Wolff who is hired by the scientist to guide her down a dangerous river, the duo join hands to face off an evil European prince and his accomplices, a group of cursed Spanish conquistadors.
Describing the film as “electrifying and fun”, Johnson recounts his attempts to convince Blunt, an actress who he has long admired, to join the cast.
After concluding a night of shooting the disaster film Skyscraper in 2017, Johnson returned home at around 5 am. However, instead of going to bed, he stayed up in the kitchen to shoot a video.
“I knew that our director Jaume Collet-Serra was flying into New York to meet with Emily to pitch her the movie in person. I thought I could be of value,” he says.
In the video, he sent warm greetings to Blunt’s family, revealing he was a big fan of hers and tried singing a song from Mary Poppins Returns, a 2018 musical fantasy starring Blunt as the eponymous character.
Laughing during his recollection, Blunt jokes that the video was a “bit sycophantic”.
She adds: “But I loved it. I felt that it was charming and very un-Hollywood.”
After reading the script, Blunt says she was drawn to the character, who dares to wear pants in the early 1900s, a defiant societal choice then.
“She (Lily Houghton) is so rare for her time. When you think about 1917 and the constraints that were placed upon women and their ambition, you will know she is really brave and wanting to carve out a new space for herself.” 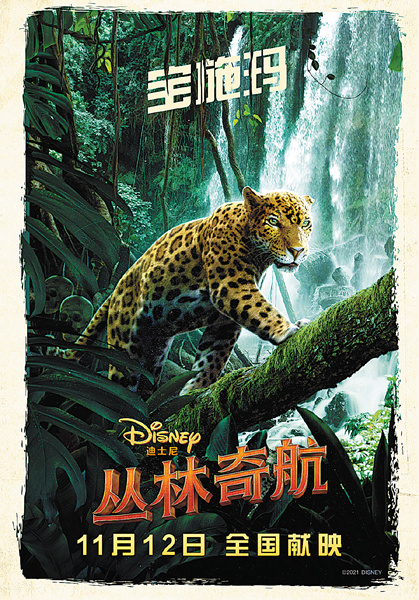 Reportedly costing more than $200 million, the film was shot in the hills of Kauai, the fourth-largest island in Hawaii, where the crew gathered a team of over 100 members to build the movie’s Porto Velho, a bustling river town in the upper Amazon River basin.
To add a sense of reality, the film’s creators researched the flora and fauna along the river and sought inspiration from Tupi, an extinct language that was once spoken by tribes in Brazil, to create a dialect specially for the movie.
With its hashtags drawing more than 46 million views on Chinese social media platform Sina Weibo, the film has made 21.1 million yuan ($3.3 million) at the Chinese box office, and was sitting in second place for new releases at the weekend after the biographical film Anita.
Source: By Xu Fan | China Daily | Updated: 2021-11-16 08:11