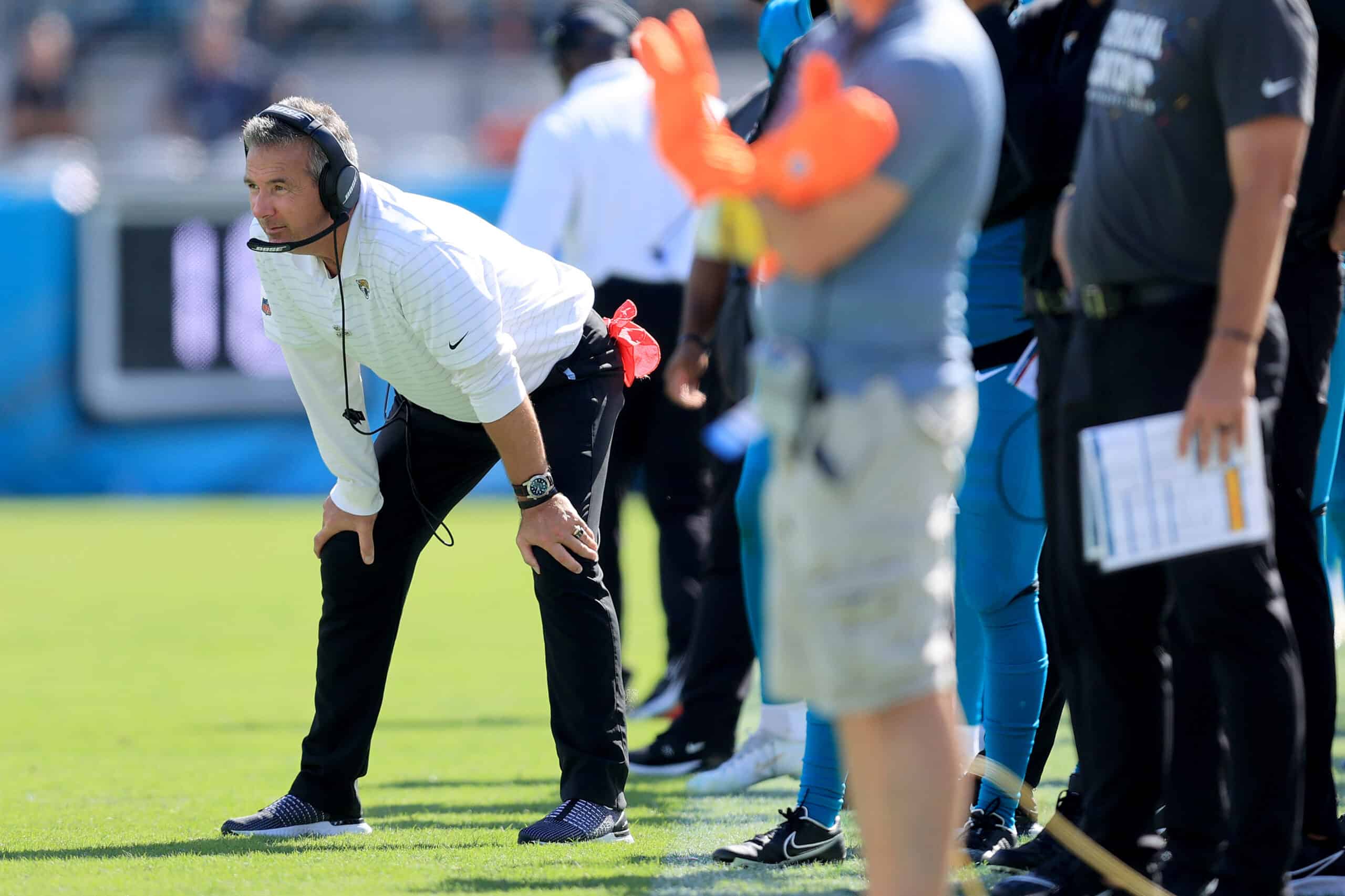 In some ways, the Jacksonville Jaguars’ Week 6 game against the Miami Dolphins at the new Tottenham Hotspur stadium was a home game because Shad Khan owns Fulham FC.

It did help as well that most of the fans donned Jaguars jerseys and sang hymns despite the team’s 0-5 record.

The Jaguars won and broke a 20-game losing streak dating back to last season.

Meyer And The Jaguars Clawed To Victory

Quick side notes: the Dolphins are terrible, and they need a revamp of their roster.

Going back to the Jaguars, it was not a pretty win by any means.

But they’d take it, given the length of their agony.

Finally, Jaguars fans get to celebrate for the first time since selecting Trevor Lawrence as the first overall pick in the 2021 draft.

The rookie from Clemson showed poise by completing his second game with zero interceptions while throwing for 319 yards and a touchdown.

More importantly, Meyer’s second-half adjustment of establishing their run game with James Robinson helped them stay in the game and snatch the win.

Even Meyer’s face portrayed disbelief when they won.

Deep inside, he couldn’t contain his feeling and compared the victory to his National Championship triumphs.

I asked Jaguars coach Urban Meyer today if the post-game locker room Sunday was as emotional as he’s been around after a game, outside of the ones after he won national titles at UF and Ohio State: “I think it was. Maybe even including some of those big ones.”

Likewise, he must have had a massive sigh of relief because a turbulent stage of his tenure as Jaguars coach was over.

For now, Khan and the Jacksonville players will reaffirm their trust in Meyer.

The 57-year-old head coach won’t be winless in his first NFL season.

This game can lead to more victories as the Jaguars’ confidence grows.

More importantly, Meyer cracked the code on how to win an NFL game.

He’s not walking on glass anymore, for now.

He has a firmer hold on his role and gets to be one with the team.