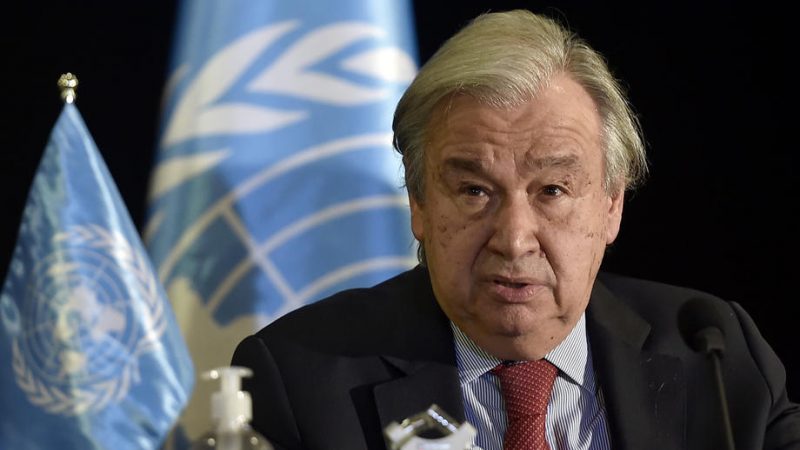 United Nations Secretary-General António Guterres said on Thursday (13 January) that he would attend the opening of the Beijing Winter Olympics next month with the message that the event “must be an instrument of peace in the world.”

“The Olympic Games is an extremely important event, and it’s an event that symbolizes the role of sports in bringing people together and in promoting peace,” Guterres told reporters.

“It is in this strict context and without any political dimension that I intend to be present in the opening – with this message that Olympic Games must be an instrument for peace in the world,” he said.

Rights groups and US lawmakers have called on the International Olympic Committee to postpone the Games and relocate them unless China ends what the United States deems genocide against ethnic Uyghurs and members of other Muslim minority groups.

The Winter Olympics are scheduled for 4 to 20 February. Few world politicians are expected to travel to Beijing, except Russian President Vladimir Putin, who accepted the invitation of his Chinese counterpart Xi Jinping.

For China, the opening ceremony has major symbolic importance. If other major Western countries, except the US, the UK, and Australia, did not join the boycott, this would be considered a victory for Beijing and a defeat for the US.

The EU has no common position as yet. France has expressed an ambition to coordinate the approach of the 27 EU members, but a joint position appears utopian.

Most countries in the Eastern part of the continent are members of the 17+1 format with China (although Lithuania has recently left, decreasing the number to 16).