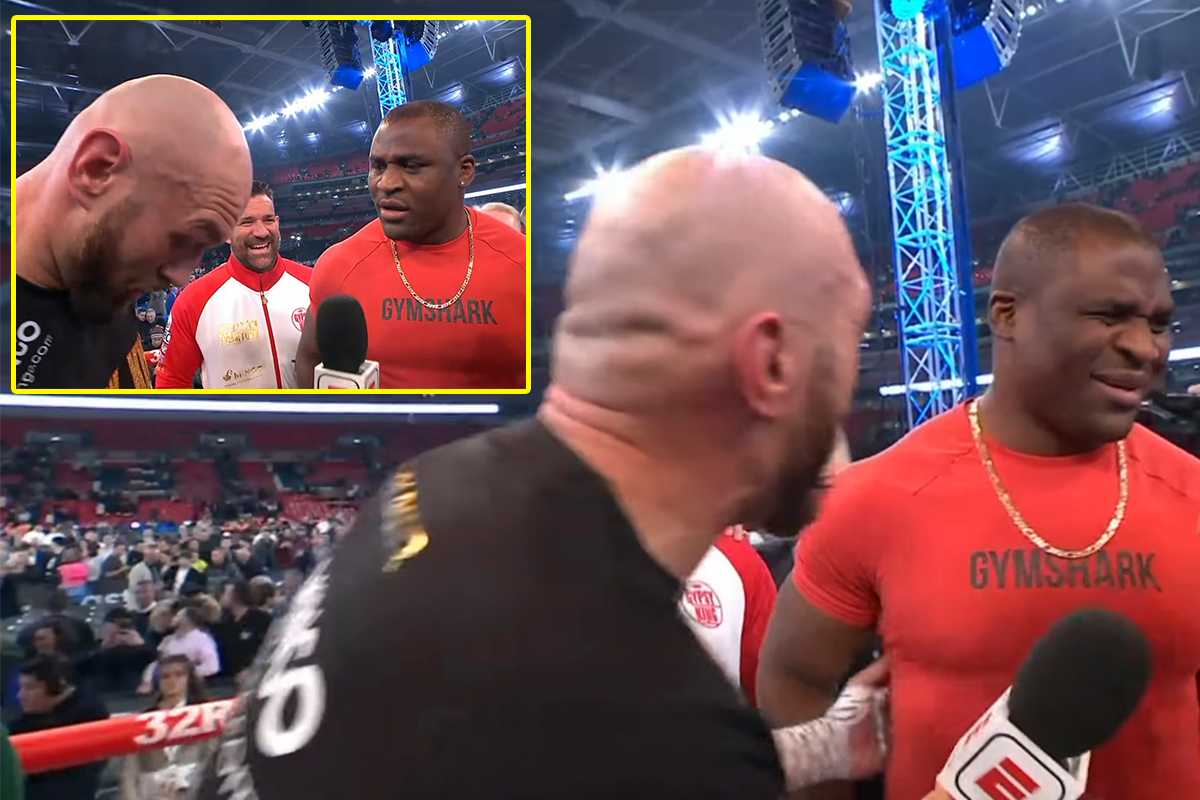 Tyson Fury teased a hybrid crossover combat with Francis Ngannou because the pair did a joint interview on Saturday night time.

The Gypsy King additionally baffled the UFC heavyweight champion by asking him in regards to the dimension of his manhood simply minutes after KOing Dillian Whyte.

In his UK interviews, Fury reacted to the combat by saying it was probably his last outing.

He insisted he was sticking by his plans to retire.

Then, on the ESPN US broadcast, which was not proven to UK followers, Fury introduced in UFC heavyweight champion Ngannou and teased a crossover exhibition contest.

“He’s in great shape, look at the muscles on him.”

Ngannou chipped in by saying, “We’re going to find out who is the baddest motherf***** on the planet.”

The interview then took a humorous flip, as Fury questioned Ngannou in regards to the dimension of his manhood:

“He’s a good looking chappy ain’t he?” stated Fury, earlier than asking Ngannou, “Have you got a big corey?”

Corey in fact is British slang for the male genitalia, which left the Cameroonian baffled.

Ngannou didn’t reply and as a substitute stood there with a glance of confusion on his face, earlier than Fury defined in a gesture.

Ultimately the dialog returned to combating and Fury stated: “That is going to be a really particular combat like by no means earlier than within the historical past of our sport.

“It’s going to be an explosive fight when it happens.”

Ngannou added: “It is going to be a hybrid combat with totally different sorts of guidelines.

“MMA gloves in the ring, kind of like a mix up, a little bit different.”