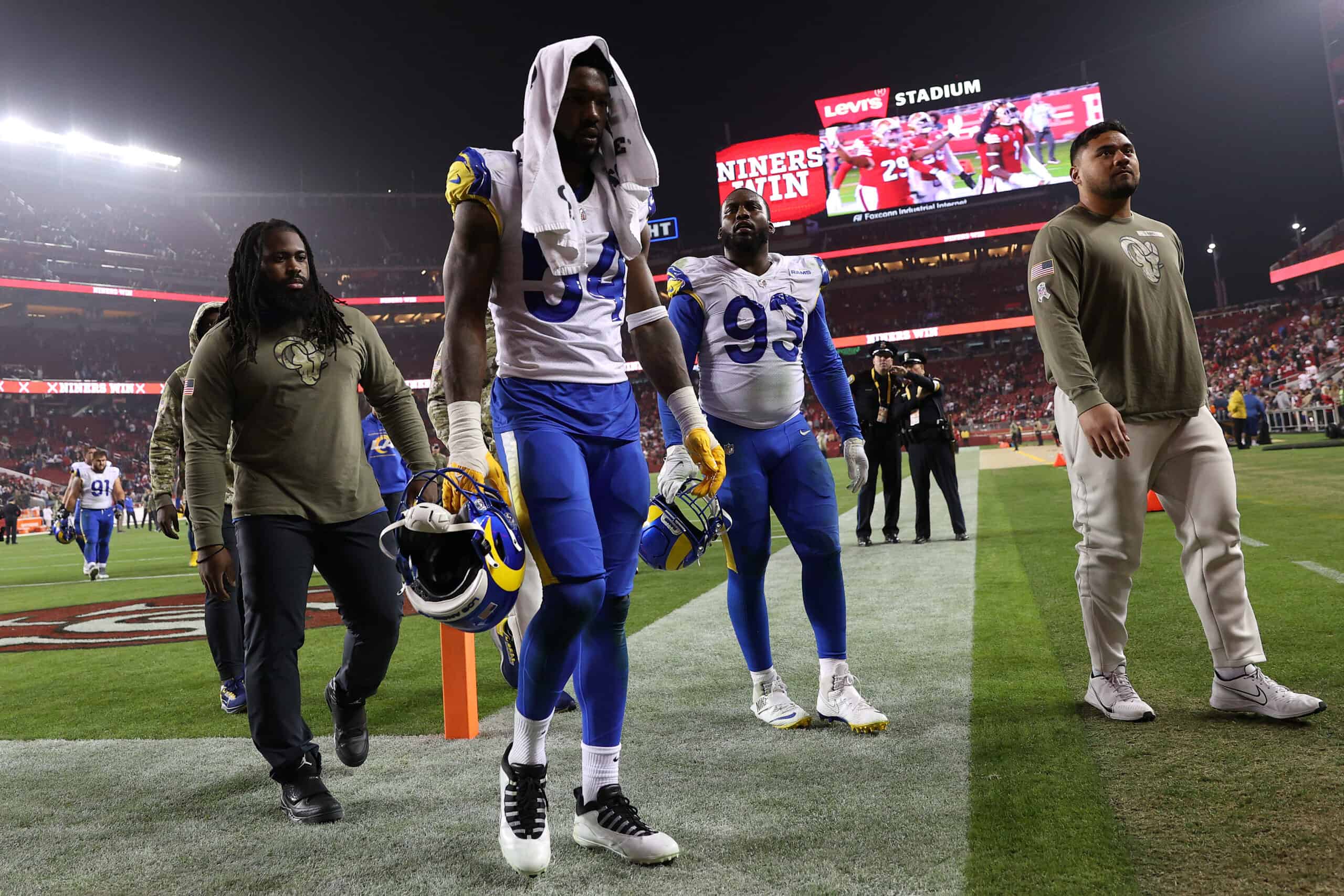 There is no more elegant way to put it.

Fans entered the night excited because Von Miller and Odell Beckham Jr., the two new star additions, were on the field in primetime.

A Matthew Stafford interception thrown Beckham’s way early in the game set the tone for the night.

Beckham is the player in focus following the loss after he forced his way out of Cleveland.

He just never fit in that offense and he and Baker Mayfield could not form a connection in over two years of trying.

NFL legend and current analyst Troy Aikman offered up his take on the recent happenings with the Rams and it is not good news for fans.

Troy Aikman told @dfwticket that #Rams QB Matthew Stafford may be feeling what #Browns QB Baker Mayfield felt in having to force the ball to Odell Beckham. Aikman also wonders if the Rams’ recent acquisitions have shaken the team’s foundation. pic.twitter.com/WgpVYABj9j

There is a lot to unpack here, so let’s break it down.

“But I think Matthew (Stafford) now feels some of the same pressure that maybe Baker Mayfield felt of, hey, we got to get this guy involved, or he’s in the game right now because he’s going to take this deep route and I’ve got to find a way to get this ball in his hands because that’s why he’s playing on this play.”

Rams fans saw something Cleveland Browns fans have seen many times before, which is an interception thrown the way of Beckham.

Was he freelancing the route and not where he was supposed to be?

If so, the Rams are going to face the same problems the Browns did with OBJ in town.

Aikman also brings up another interesting point about how the Rams bringing in Miller and Beckham means others are going to lose playing time.

Any disruption to the locker room at this stage in the season is bad and Beckham playing a lot and not putting up big numbers could lead to real internal problems.

The Rams took a home run swing by making these acquisitions.

Now they have to hope Monday is just an aberration this season, and not the new norm.