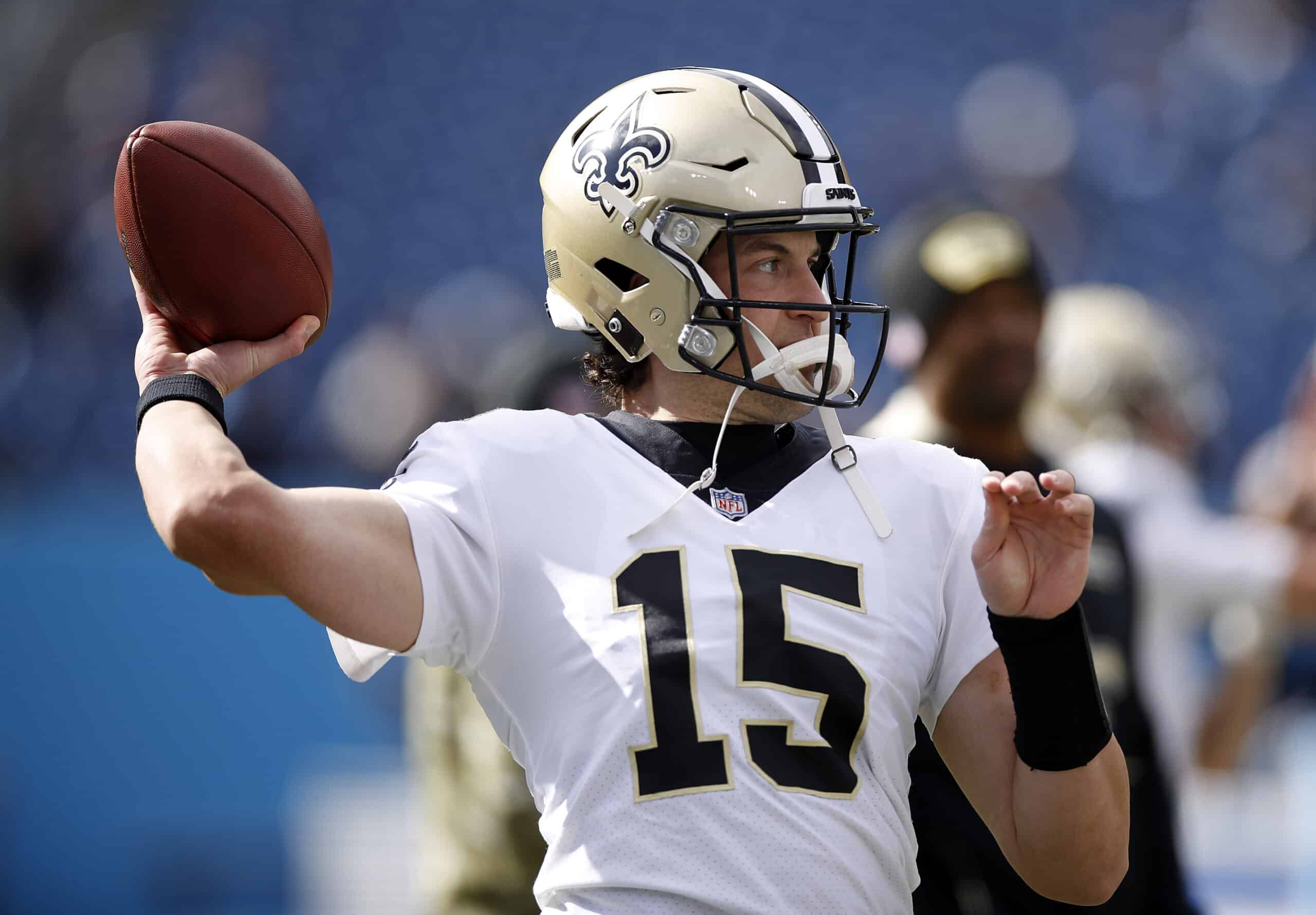 Ironically this is the same year that injured Saints quarterback Jameis Winston was drafted No. 1 overall.

Siemian spent three seasons with the Broncos, before jumping over to the Jets in 2019.

One positive for #Jets: Trevor Siemian is no stranger to the bright lights of prime-time games.

In his 2 seasons as a starter in Denver, he was 1 of only 6 QBs with multiple wins on MNF (2-1) and TNF (2-1) – joining Prescott, Ryan, Roethlisberger, ASmith and Wentz. pic.twitter.com/kqGHG7TFuH

In 2020, New Orleans claimed him off of the Tennessee Titans practice squad after Drew Brees was injured.

Less than a year later, he is the starting quarterback for the Saints and is the face of the organization at the press conferences.

That means he can expect to be asked just about anything, and he already was, including a question about his resemblance to the Manning brothers.

Siemian was asked by a reporter:

“Has anyone ever told you that you look like you could be the 4th Manning brother?”

“Yes, I have heard that before. I take it as a compliment I guess.”

Eli Manning jumped in on the exchange with a tweet that read:

Siemian would likely be thrilled if the Manning mojo rubbed off on him.

Peyton and Eli each have two Super Bowls, and father Archie is an NFL legend.

Siemian has already played for two of the teams the Mannings played for, the Denver Broncos and New Orleans Saints.

Arch Manning on a visit to Ole Miss today…

Even more humorous is when Siemian is asked if he is mistaken for Cooper’s son Arch.

The 16-year-old high school junior is already one of the most sought after quarterbacks in the 2023 recruiting class.

Some have gone so far as to say that he could be a better player than both of his uncles or his father, Cooper, who was regarded as the most talented Manning brother, but his career was shortened due to a medical issue.

In the near term, Siemian needs to keep the Saints in contention.

The team has been decimated with injuries.

The #Saints are going to be without

That’s their starting RB, both starting OTs, and playing a No. 3 QB in Trevor Siemian (who’s played well). Not to mention G Andrus Peat is on IR.

They are 5-4 and trailing the 6-3 Tampa Bay Buccaneers in the NFC South.

The Saints take on the Eagles in Philadelphia in Week 11.

The Eagles and their fiery fans will be a formidable challenge for Siemian and company.