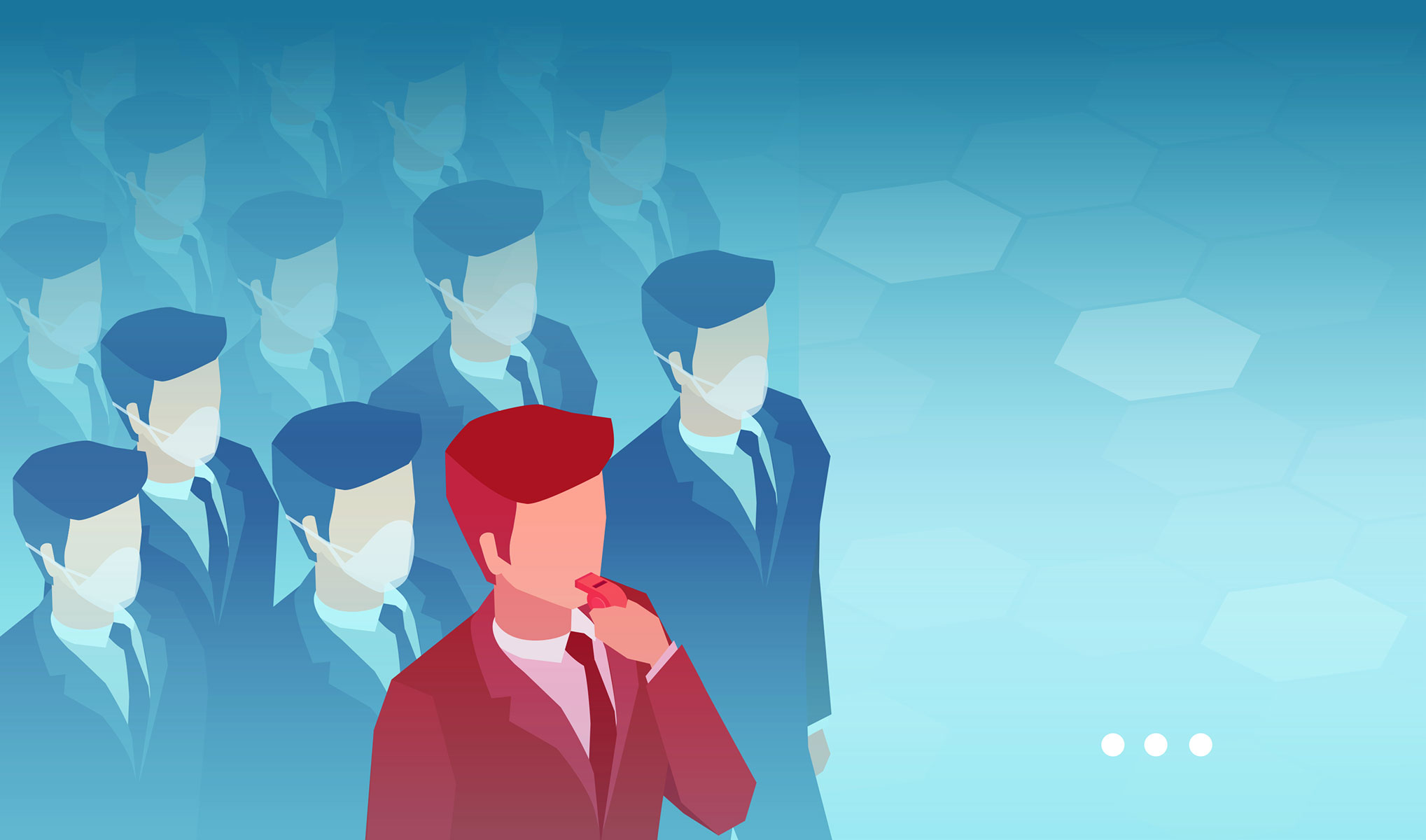 As we saw in the case of Bernie Madoff, when Harry Markopolos, the man who blew the whistle on the $65-billion Ponzi scheme, admitted to living in fear of his life, whistleblower protections are not enough to ensure that internal reporting continues in order for issues to be resolved efficiently. While the Dodd-Frank Act does focus on protecting whistleblowers and the investing public, we saw whistleblower retaliation again with Barclay’s in 2016.

The finance sector has built a reputation of secrecy, authority and corruption with its finance-first approach. This attitude has leaked into company culture, with an emphasis on activities that increase productivity, cut costs and build wealth. Unfortunately, a lack of transparency and a healthy distrust of the industry has led to widespread retaliation against whistleblowers.

The Value of Whistleblower Laws

There are many reasons why financial firms should seek to be at the forefront of anti-retaliation efforts. Fraud is just one of the ethical issues facing the industry. The ever-evolving fintech marketplace rests on underlying security and fraud protection systems, but when industry leaders make it apparent that exposing fraud internally is not a priority, the effects of mistrust are felt among the consumers.

Regular reporting is crucial for creating market barriers that lead to innovation. The only opposition to whistleblowers comes from those engaged in fraudulent and unethical activities. Current whistleblower protection laws safeguard employees from retaliation for reporting violations of workplace safety, financial and health care reform, motor vehicle safety, laws relating to consumer products, and financial and tax laws. Whistleblowers who engage in fraudulent activities themselves to expose violations are not protected under current US laws.

So why should criminals be given more protection than the whistleblowers themselves? The answer is profits. Retaliation and fear-mongering within the financial sector can be tied to bad actors who want to continue making money in an unethical manner. Without adequate incentives for whistleblowers to come forward, goodwill may not be enough of a motivator.

Adverse actions can be taken to dissuade an employee from blowing the whistle, such as firing or laying off, demoting, disciplining or denying benefits; intimidation or harassment; subtle actions like isolating, ostracizing, mocking or falsely accusing the employee of poor performance; and blacklisting.

As an example, an African American employee of the Boston Treasury Department, Chantel Charles, was punished with poor job evaluations by her employer when she filed a complaint against receiving lower pay and benefits than her Caucasian colleagues. While Charles won her legal case against the city and was awarded more than $10 million in punitive damages, others are not so lucky. The effects of whistleblower retaliation can be financially, reputationally and personally devastating for those brave enough to take the step.

Although many modern HR tools are centered around artificial intelligence software, the proper handling of whistleblowers and any subsequent retaliation is too important of a task to leave to machines. In order to build a culture of protection for whistleblowers, there are some preventative measures suggested by the Occupational Safety and Health Administration (OSHA) that should be enforced to reduce fear-mongering and retaliation.

A preventative approach to curbing retaliation starts with creating a culture that encourages criticism and debate over policies and procedures. This can start by addressing other, less critical issues like a harmful comment made about another colleague.

If employees have no reason to believe that upper-level management takes small complaints seriously, then they are unlikely to believe that management would have their back if they blew the whistle and disrupted common practices. HR should work to encourage reporting, provide enough time and resources for a fair evaluation, and come up with just and effective resolutions. Transparency should be part of the brand, and building trust among employees is the first step toward building trust with customers.

One way to encourage reporting and reduce retaliation is to implement a response system. Retaliation stems from management failing to address issues that are important to employees. An effective retaliation response system will include a review process completed by an independent party that has access to oversight bodies.

Clearly defined roles, responsibilities and expectations during this process are critical. It is especially important that this system includes those in top leadership positions, managers at all levels, compliance and legal staff, as well as employees and even vendor relationships.

While it may seem like an issue of conscience, it is clear that anti-retaliation skills are not intuitive. All members of a company, including the leadership and board members, need to receive training about what constitutes retaliation, legal protections and obligations for employees and how to prevent and address retaliation in the workplace.

OSHA recommends that this training be considered equal to all other training that is required and to “Ensure that the systems for reporting hazards, compliance concerns and retaliation are implemented, enforced, and evaluated by a designated manager who is responsible and accountable for these programs, and has access to top managers and the board.”

Additionally, union leadership should be consulted when it comes to developing such training, and unrepresented workplaces should collaborate with other leaders in the company and sector. For anti-fraud measures, tracking progress and other trends associated with whistleblowers, retaliation and anti-retaliation training is crucial for understanding whether prevention methods require improvement.

The incentive programs and measures that are currently used by organizations can actually encourage retaliation and stop whistleblowers from coming forward. For example, encouraging low numbers of incidents will automatically reduce reporting because the system actually incentivizes retaliation over reporting. New incentive systems should not be group-based and distributed on a more personal level.

If we have learned anything from the series of whistleblower crises over the past few decades, it’s that leadership plays a critical role in the entire company when it comes to retaliation and whistleblower protection.

Organizational effectiveness and profitability improve when whistleblower protections are put in place. For example, auditors are only able to detect 19% of fraud cases in private corporations while whistleblowers expose 43% of active fraud.

It is up to HR to ensure that employees are aware of the policies in place, protections for whistleblowers, corrective actions for retaliation and the proper reporting channels available. An effective system requires using technology and policy, as well as involvement from all levels of management. Organizations need to move from reactive protocols to proactive anti-retaliation systems and reporting programs to hear and resolve issues.