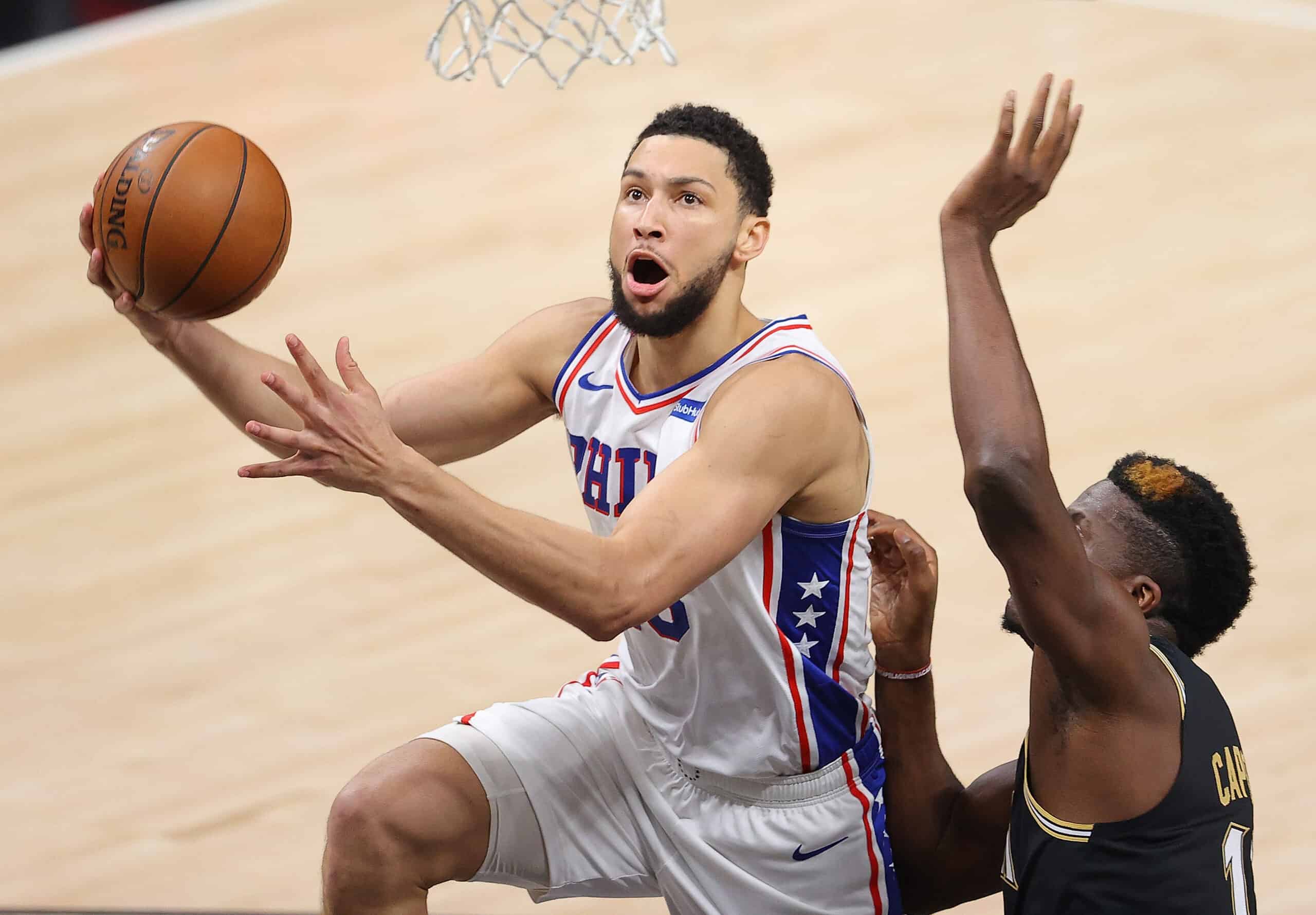 The Ben Simmons situation with the Philadelphia 76ers is a precarious one.

Simmons did not join the team until Monday, October 11, missing the first two weeks of training camp.

He was eligible to play in their last preseason game but was held out since he had yet to practice with the team.

Simmons has since practiced with the team and will be eligible to play for the season opener at New Orleans.

However, he was just suspended for opening night due to “conduct detrimental to the team” during Tuesday’s practice.

Video from Simmons’ first few practices with the team has not been encouraging.

They do not tell the whole story, of course, but Simmons seems uninterested in being there.

Whether or not the Sixers want him to play may be a moot point if he decides not to play.

If Simmons says he will do what the team asks of him, the choice should be easy for the 76ers.

The main argument for Simmons returning to the court is that he needs to resuscitate his trade value.

After a disappearing act against the Atlanta Hawks in the second round of last year’s playoffs, Simmons’ trade value has been in the toilet.

Ben Simmons has been unprofessional, to put it mildly. Oddly, his behavior has hurt his trade value and his reputation, and it has made him far more difficult to move him for any fair value, something he claims to want.

He has never been a great shooter but could still generate his own offense by attacking the rim and getting out on the fast break and being aggressive.

The three-time All-Star did none of those things last postseason.

His defense remained sensational, but he was nonexistent on offense.

If he had the ball in his hands he wouldn’t so much as look at the basket.

And once he got rid of the ball, he did not seem interested in moving around to get it back.

He had a historically bad postseason from the charity stripe to top everything off.

With a minimum of 70 attempts, Ben Simmons’ 34.2% free throw percentage this postseason is the worst in a postseason in NBA history. pic.twitter.com/G12fiDSXVN

A flaw that many saw as being easily correctable had turned into something that could never be fixed.

Which is exactly why Simmons must return to the court.

This is not to say he should return and start shooting jump shots from all over the court.

He simply needs to return and remind the basketball world of everything he can do at an elite level.

If Simmons can display the brilliant defense, passing, and high-IQ play that made him an All-NBA talent, he will be able to rebuild some of that value he lost.

While Simmons needs to regain value to help facilitate a trade to get him out of Philly, the team needs him to help them win ball games.

Regardless of his shortcomings, Simmons is still a three-time All-Star with two All-NBA Defensive Team selections and one All-NBA selection before the age of 25.

His size and athleticism allow him to truly guard every position on the court.

It also allows him to penetrate defenses with ease and find open shooters for threes.

And even though he and Joel Embiid are not the cleanest fit, they powered the Sixers to four straight playoff appearances and the No. 1 seed last year.

– the Jazz had almost all the top combinations
– the idea that Simmons and Embiid can’t play together is overblown. They had the best net rating of any duo in the East pic.twitter.com/vHBQQMvHmq

Last year’s team had the second-best defensive rating, fifth-best net rating, and was a legitimate title contender until the collapse.

If the Sixers want to compete for a title this year, they need to make sure they stay afloat until the Simmons mess is sorted out.

Trotting out one of the most lethal starting fives from a year ago would be a great way to tread water.

Philadelphia has a great home-court advantage because of its passionate fan base.

Ensuring they keep that advantage through the Eastern Conference portion of the playoffs would be huge for this team.

Keeping that advantage means they will need wins, and recent history has proven that Simmons and Embiid produce wins.