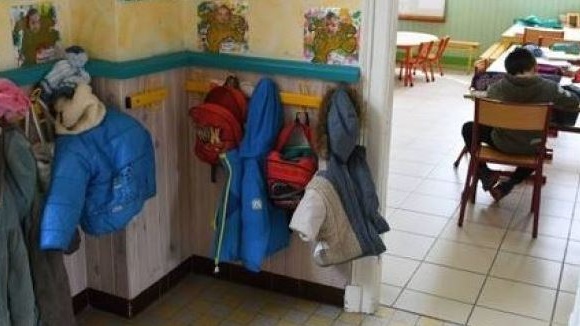 Tánaiste Leo Varadkar has said it is “passing the point of reasonable balance” if a child is required to wear gloves and coats in their classroom because of all of the windows being open.

He said there is “a sensible balance” between air filtration, clean air and “comfortable, tolerable temperatures” in school classrooms. Speaking in the Dáil on Thursday, Mr Varadkar said the country is moving into a different phase and chapter of managing the Covid-19 pandemic and that the risk in schools is “lower than it was a few months ago”.

The Tánaiste was responding to Independent TD Carol Nolan during Leaders’ Questions, who said thousands of very young children are “numb with the cold” during the school day due to windows being kept open.

The Laois-Offaly TD said parents had contacted her to say their children “are returning home from school with headaches or mostly pain from the constant clenching of their teeth and from the shivering”.

In response, Mr Varadkar said no child should be in a classroom, wearing an anorak or having to wear gloves “because it’s so cold”.

“I know some children do have to experience that often because of prefabs and inadequate buildings even though we’ve replaced so many prefabs in recent years.

“But you can take things to an extreme and if a classroom is so cold because all the windows are open, that a child has to wear gloves and has to wear a coat, that is probably passing the point of reasonable balance,” he said.

He said he knew the importance of “airing a room” but that didn’t necessarily mean “that you have to keep the windows open for eight hours”.

Mr Varadkar said the risk in schools is lower now in part because the Omicron variant has been less severe, primary school children being vaccinated and also the level of immunity that’s built up in society.

“That does lead to the view and it’s a reasonable view, that we will have to look at all our guidelines again. There will be a Nphet meeting today [Thursday] and a Cabinet meeting on Friday. On foot of that we expect to be able to ease restrictions,” he added.

He said this will in turn allow the Government to update guidelines in relation to schools and workplaces, which they intend to do.

Mr Varadkar also said there is a meeting in relation to the Leaving Certificate on Thursday and clarity would be provided to students “in the very near future”.

Ms Nolan asked how could it be expected for students and teachers to learn and work in classrooms and school buildings that are “absolutely freezing cold”.