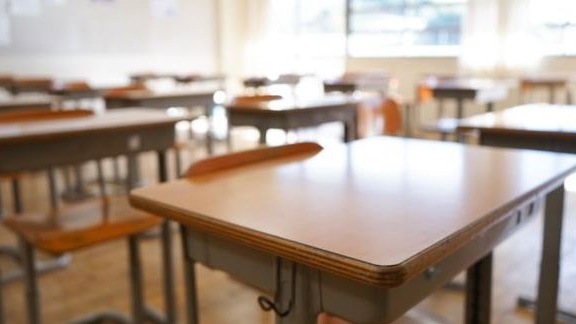 A former secondary school teacher who engaged in the sexual exploitation of a 13-year-old girl he groomed through Facebook has been struck off the teaching register for 30 years.

Cian Cooney (36) of Ballymahon, Co Longford, is currently serving a five-year jail sentence for the offences.

He previously worked as a PE and geography teacher at a south Dublin secondary school.

At a fitness to teach inquiry held on Friday, a disciplinary committee panel concluded that the very serious nature of his actions were at the “very highest end of the spectrum of wrongdoing”.

Paul Moroney, the committee’s chair, said Cooney’s actions involved deliberate and severe harm by a teacher to a young child.

“She was not a pupil in his school, but this does affect the severity of his wrongdoing,” he said.

Mr Moroney said the victim had been groomed online initially but that the nature of the abuse had developed over time in a “carefully calculated manner until he achieved his purpose of indulging in extreme sexual abuse repeatedly and over a considerable period”.

He said the harm done to child will probably have lifelong effects and that her victim impact statements made for very disturbing reading.

“Children and their parents are entitled to assume that, at a minimum, teachers will strive to protect them from harm,” he said.

“Cian Cooney knew how vulnerable young girls can be and used these insights to exploit this vulnerability and cause huge harm to his victim.”

Cooney was sentenced to six years and six months in prison, with the final 18 months suspended, at Longford Circuit Court in February of this year.

He was first arrested in February 2018 and denied any wrongdoing when first questioned.

He later admitted his guilt and pleaded guilty to charges of sexual exploitation and having sex with a child under the age 15 on a number of occasions.

The court heard that Cooney had groomed the 13-year-old by sending her a friend request under an alias on Facebook during the summer of 2013.

The court heard that they had sex on a number of occasions later that year at his home or in his car. While the meetings stopped at the end of 2013, he resumed contact in 2015. His real identity was eventually revealed by the girl and her parents using social media.

The victim, in a statement read out in court, said she had blamed herself and had been “through hell” .

During the court case, it emerged that Cooney apologised and offered to pay the victim compensation.

At the disciplinary committee inquiry, Mr Moroney said the panel’s paramount consideration in deciding on a sanction was the protection of children and the wider public.

“We also considered it vitally important that our decision would reflect the importance of maintaining public trust and confidence in teachers and in the way on which the profession is regulated,” he said.

It also considered what leniency might be reasonable in light of mitigating factors such as his admission of guilt and his acceptance – through his solicitor – that he would never teach again.

The panel decided to remove Mr Cooney from the Teaching Council register and ensure he is not eligible to apply to be restored for 30 years.

In deciding on the length of time, he said the panel had regard to Mr Cooney’s age and his admission that he does not expect to be in a position to teach again.