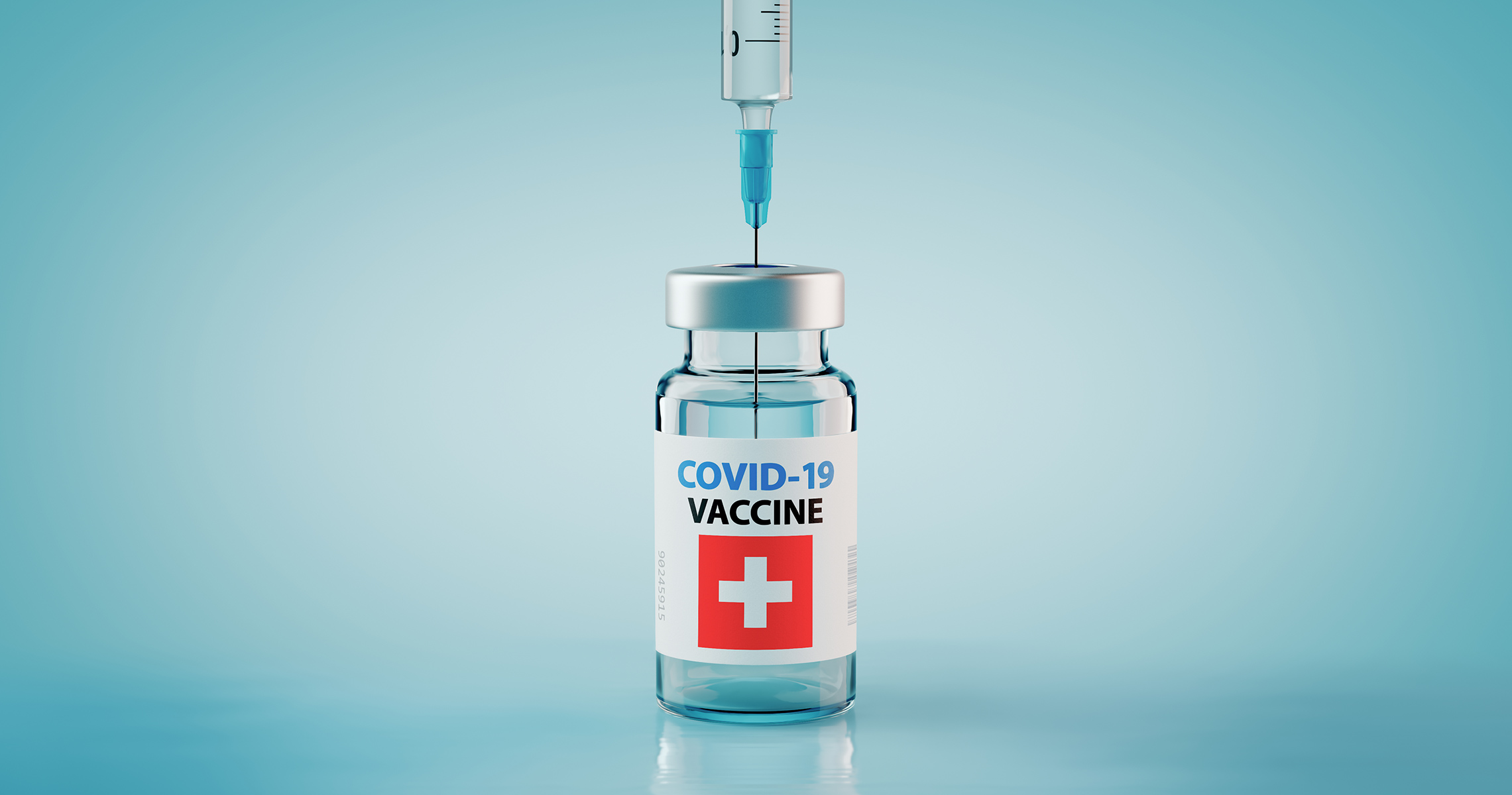 Switzerland is in the news again, and not in a positive sense. Quite the contrary: In no country in Western Europe are COVID-19 vaccine skeptics as vocal and militant as in the confederation. And for good reasons. In Switzerland, most major policy questions such as defense, immigration and membership in international organizations have to be submitted to the voters via referenda and popular initiatives.

The next referendum will be held at the end of this month. The big issue: a modification of a federal law that informs the ordinances issued by the federal government to combat the pandemic. In concrete terms what the vote is all about is the COVID-19 certificate that was introduced in September. Like in many other countries, it is required if you want to eat at a restaurant, work out at a gym or go to a public library.

For obvious reasons, those who for whatever reason refuse to get vaccinated have not been particularly happy about the new regulation. On November 28, Swiss voters will be given the opportunity to either come out in support of the existing law or reject it. In the latter case, it would expire early next year. Any new law regarding the pandemic would have to be renegotiated in the federal parliament.

In the meantime, the chasm between supporters and opponents has deepened amid an increasingly polarized political climate, the general mood becoming more and more irritable. This has much to do with the dramatic worsening of the pandemic situation in Austria and particularly Germany, where new infection rates have skyrocketed within a few weeks, reaching alarming dimensions. As a result, on November 15, Austria sent its nearly 2 million unvaccinated citizens into a strict lockdown. Chances are that what is happening in Germany is sooner or later going to happen in Switzerland.

In the face of these realities, patience appears to be running out in the country. A few days ago, Switzerland’s daily free newspaper 20 Minutes published the results of a survey it had commissioned. Respondents were asked their opinion on various anti-COVID-19 measures. More than half supported the notion that those who are not vaccinated should be sent into lockdown, but only if hospitals were to reach the limits of capacity once again. Given the situation in neighboring countries, this is hardly an unlikely scenario. More than 60% said that medical personnel should be obliged to get vaccinated.

Under the circumstances, it is hardly surprising that the opposing camp has intensified its campaign against the law, and not only in terms of rhetoric. One of the main sponsors of the campaign, a committee named “Healthy and free,” has been prepared to spend more than 1 million francs in support of the “no” campaign.

A significant part of the money comes from a Swiss billionaire couple who has organized the committee, together with one of the daughters of Christoph Blocher, the eminence grise of the right-wing populist Swiss People’s Party (SVP), herself a billionaire, and other prominent personalities. The “yes” side, on the other hand, has not more than a tenth of the funds at its disposal.

Nomen est omen, as the saying goes. In this case, the name is the program — and wishful thinking. To be “healthy and free,” as the past year has shown, is like squaring a circle. The intensive care units in Switzerland, Germany, the United States and elsewhere are full of patients who have paid for their freedom with their lives. Clearly, Kris Kristofferson was wrong when he claimed that “Freedom’s just another word for nothing left to lose” — at least when it comes to deadly viruses.

According to most recent statistics, cantons with the lowest vaccination rates have been recording the highest per-capita infection rates. These are relatively small cantons in German-speaking central Switzerland, the so-called Innerschweiz, such as Schwyz, Obwalden and Appenzell Innerrhoden. These cantons formed the historical core of the confederation and, as a result, liberty and independence are particularly valued here.

It is, therefore, hardly surprising that freedom is central to the opposition’s campaign. The other day, Swiss households received a flyer that charged that the government, politicians and the media were exerting “enormous pressure” on everyone who doesn’t want to or can’t get vaccinated, concluding that with the strengthening of the COVID-19 law “one legalizes the forced vaccination of all and everybody.” This, the opponents charge, not only leads to discrimination and a division of society but paves the way for the “total surveillance of the population.” The result: a slow erosion of liberties and democracy.

The other day, we spent an afternoon in a small town close to Lausanne along Lake Geneva. On the way, anti-COVID-19 activists had attached posters to lampposts that were a perfect expression of the hysteria and hyperbole that informs the “no” camp. On the top of the poster, a rendition of a part of the COVID-19 certificate; on the bottom, a Chinese flag. The inscription reads: “It starts like that, and it ends like this.” To add to the hyperbole, on the very bottom of the poster the exhortation says, “No to health apartheid.”

Under the circumstances, it is somewhat surprising that the “no” camp has not yet pulled out the ultimate symbolic club — Auschwitz. After all, in Italy, demonstrators protesting against the government’s pandemic measures saw no problem dressing up like concentration camp inmates.

Or they could take out a page from the anti-vax radical right-wing Alternative for Germany (AfD), which last year managed to gain attention by posting a picture that showed parts of the entrance gate to the Dachau concentration camp. This was the part that holds the infamous and cynical slogan “Arbeit Macht Frei” — “Work Sets You Free” — only in somewhat modified fashion. Instead of “Arbeit Macht Frei” it read, “Impfung Macht Frei,” exchanging “work” for “vaccination.”

The appropriation of highly emotionally charged terms and symbols such as apartheid and the Holocaust by anti-vaxxers is symptomatic of the extent to which political culture in Western liberal democracies has been degraded in recent years. At the same time, it is also symptomatic of the victimology culture that pervades Western societies these days. Studies have shown that a significant number of those who refuse to get vaccinated do so because they blindly believe in the truthfulness of even the most absurd and abstruse conspiracy theories.

The AfD is a case in point, as is the SVP. The pandemic has given little occasion to Switzerland’s strongest party — which on top of it holds two ministerial portfolios in the country’s federal government — to mobilize the troops. Its core issues, such as immigration and the EU, are no longer salient, at least for the moment. In this situation, the polarization over the question of how to deal with the pandemic holds significant political promise.

It is hardly a coincidence that leading SVP members are instrumental in promoting the narrative againstCOVID-19 legislation, both to rally the troops and to regain lost ground in the political arena. According to the survey mentioned earlier, SPV supporters are particularly reluctant to get vaccinated. As a result, they are most likely to succumb to the latest variant wave.

At the moment it is anyone’s guess how the voters will decide at the end of the month. One thing is clear: The pandemic has opened up a deep rift in Swiss society. According to a recent survey, more than 75% of the population share this perception. To be sure, recent surveys also suggest that a majority of the electorate will vote in support of the law.

Yet past referenda have shown that surveys are not always reliable. Surprises are always possible, particularly in cases where the level of emotions is particularly high. Whatever the outcome, the “corona chasm” is likely to persist and, with it, acrimony and resentment that have started to pit Swiss against Swiss.