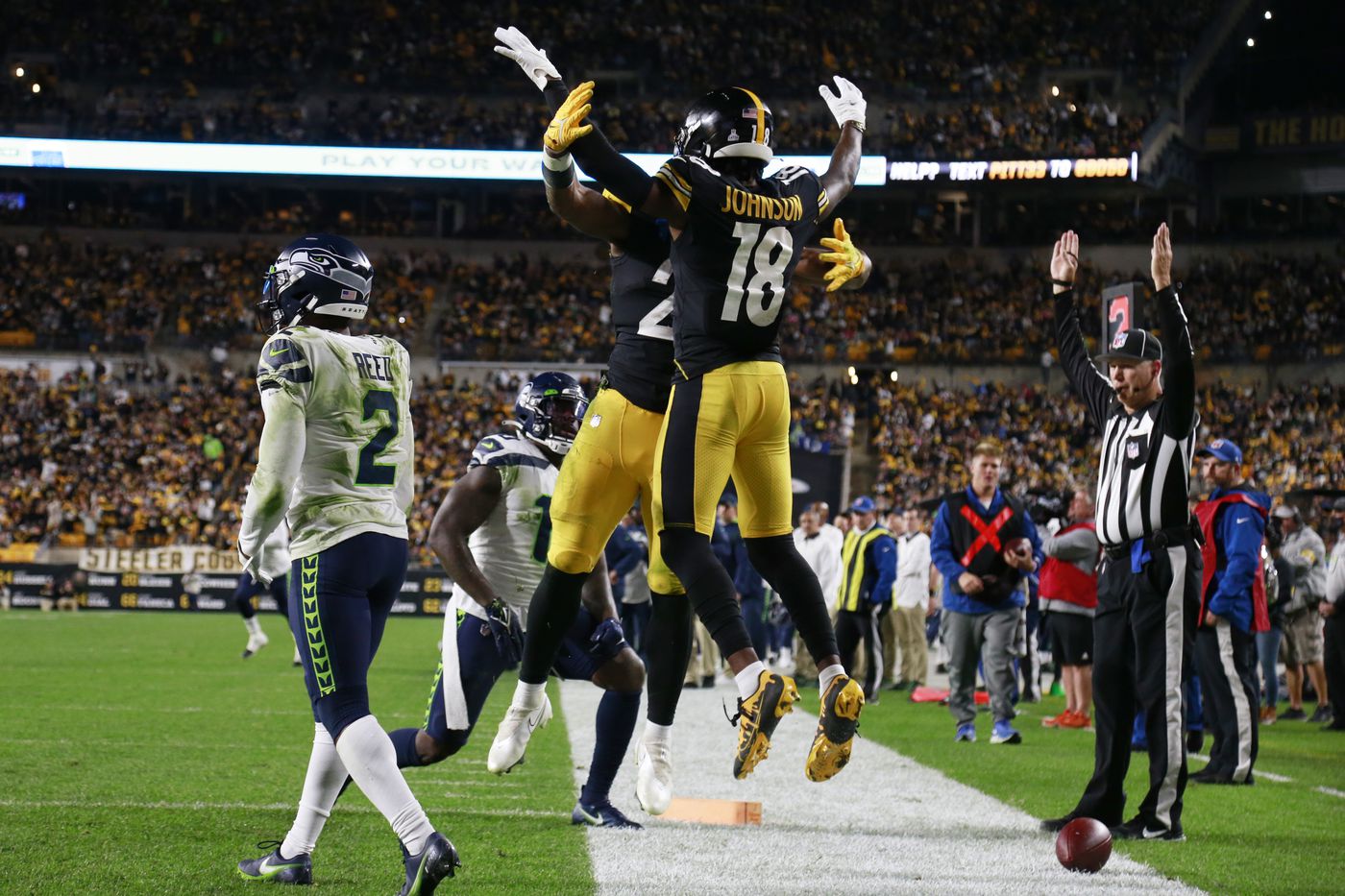 Sunday Night Football gave us less of a football game and more of a punt fest. Though both teams managed over 300 yards of total offense, they also combined for 15 punts and averaged under five yards a play. The Seahawks traveled to Pittsburgh to play their first game without Russell Wilson since drafting him in 2012. With Wilson on the sideline, Geno Smith got his first start since 2017. Basically, if you tuned in to this game for high scoring offense, you tuned in for the wrong reason.

After 60 minutes of mind-numbing football, the teams headed into overtime tied at 20. The Seahawks had a chance to win after forcing the Steelers to punt, but T.J. Watt ended Seattle’s dreams. Geno Smith stepped up in the pocket, and as soon as he chose to run, Watt clubbed the football out of his hand, ending a Seahawks drive before it ever began. With the loss, the Seahawks are now 2-4, and due to Wilson’s injury, Seattle will surely miss the playoffs.

The only bright spot for Seattle was that their run game, minus Chris Carson, was spectacular. In fact, it was so good that Pete Carroll will surely make sure the Seahawks run the ball at least 40 times next week. Otherwise, the team looked about as good as it possibly could. As for the Steelers, their defense, specifically T.J. Watt, was flying all over the field. If not for their offensively poor offense, this game shouldn’t have been close.

At the end of the day, however, we should be able to agree on this. Both of these teams, no matter how you look at it, are HOT garbage.

This game should’ve never been close, and I was quite honestly shocked it went to overtime. Over the past two seasons, the Seahawks have arguably a bottom-five defense. They have no pass rush, only one quality linebacker, and no one in the secondary seems to know what they’re doing. The trade and extension for Jamal Adams, at this point, is laughable. He spends more time blowing up teammates than opposing offenses, and his tape against the Steelers was a low-light reel.

These clips are only compounded by the statement that Jamal Adams shared with us early in the game.

Seattle’s offense and defense are outdated, the offensive line is dreadful, their head coach is terrified to go for it on fourth down, and his defensive calling card is losing more and more credibility by the day. This team isn’t well-coached, they’re talent deficient, and their loss to Pittsburgh proves it. Credit to Seattle for fighting hard, but this game was more about how bad the Steelers are.

Even their defense didn’t quite look the same as the Seahawks had their first 100-yard rusher of the season. Every dog has its day, but this was not the day I thought Seattle would find success on the ground. For the Steelers to have any hope this season, they need their offense and Big Ben to get it together. The remainder of their schedule is brutal, and they face a lot of teams that can score points with superior defenses to Seattle. For Pittsburgh’s sake, they should hope this past game won’t be a trend for things to come.

Both of these teams, who were great (record-wise) last season, are awful this season. Both squads consistently tried to give the game away to the other, only to have the ball fall right back into their lap. Neither team will win their division, and the best they could even finish is third place. Next off-season, both the Steelers and Seahawks need to make massive changes. For the Steelers, it’s making a move at quarterback, and for the Seahawks, they need to overhaul everything.

The only good thing Seattle truly has going for it is Russell Wilson, but they might not even have him much longer.

If you agree or disagree with me and want to tell me about it, @ me on Twitter @KENDRlCKS, and be sure check out more NFL related articles by the Belly Up Sports team!