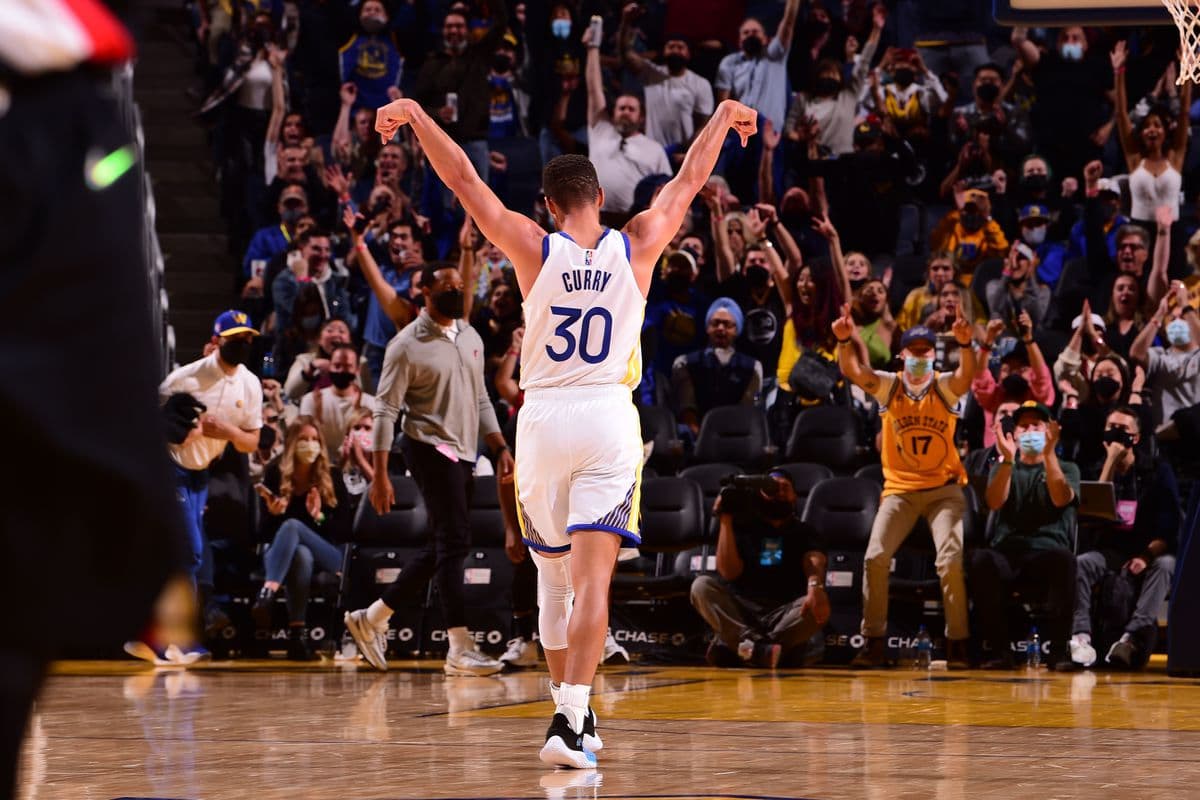 Three-time NBA Champion Steph Curry remains the highest earner in the NBA, with his $45 million base salary still some way ahead of any of the upcoming talents, as he enters the final year of his ‘supermax’ deal.

Curry has already agreed on terms of his next deal that will see his earnings fall just short of $60 million by the time he hits 37, and one wonders whether he will have helped the Golden State Warriors to another NBA title by that point.

Golden State sits in fourth place in terms of the favorites for the NBA crown in 2021-22 on sidelines.io NBA, at a very tempting (+1100). 2020-21 was something of an improvement on the disaster of the previous season (when the Warriors suffered their first losing season in a decade), but Curry and company will need to hit the ground running to keep pace with the likes of the Brooklyn Nets and the Los Angeles Lakers.

Preseason has gone well for Golden State, and an impressive 121-114 win over the Lakers last week will have given coach Steve Kerr plenty to be excited about. It was a win that helped to show the potential of Jordan Poole, who is yet to be announced as a season starter at shooting guard.

Kerr also has the bonus of having Andrew Wiggins available after it was confirmed that he’d had the COVID-19 vaccine and could therefore take part in Golden State’s home matches this season.

The sportsbooks are relatively confident that the Golden State Warriors are moving back to something like their best, and the combination of Curry, Klay Thompson, and Draymond Green are clearly going to be vital in racking up wins to secure postseason action.

Thompson’s recovery from a torn ACL, which has ruled him out of action since June 2019, is undoubtedly a genuine cause for optimism, with Steve Kerr especially pleased to see the 31-year-old back in action, stating;

“Everyone’s excited that Klay is out on the floor,” Kerr said. “He basically did every single thing in practice today. We didn’t scrimmage, we didn’t have any live contact, but Klay is just so happy to be playing, and we’re all so happy to see him part of it. So just a really good first day, the first couple of days, and good energy as we start to get rolling.”

Kerr also sees the benefit Thompson can have in the locker room;

“Part of it is his spirit, his energy, his joy,” Kerr said. “A big part of it too is, ‘Yeah, we got Klay.’ The confidence level as a group — we’re getting Klay back. It makes us all feel better. And that’s the sense that I have from our guys.”

Thompson expects to see action again either late in 2021 or early next year, and his return will help reduce the burden that Steph Curry has to shoulder. If Golden State can get an excellent start to the season, then a wager on them to bring back the NBA title to the Chase Center might prove all the more tempting.