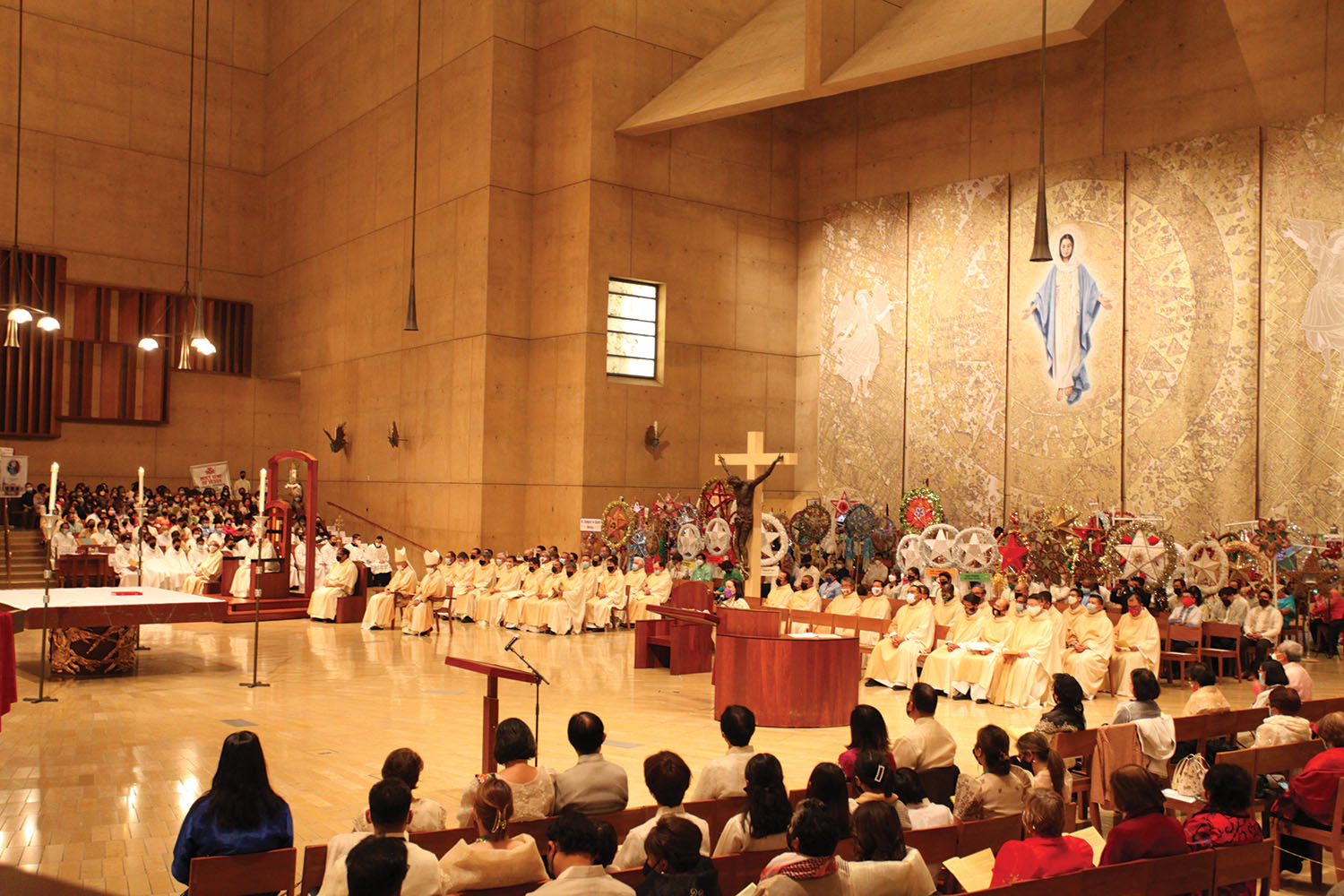 Filipino Catholics from throughout Southern California celebrated the beginning of Simbang Gabi, one of the oldest Filipino Christmas traditions, with a special Mass at the Cathedral of Our Lady of the Angels on Wednesday, December 15. Archbishop José H. Gomez presided at the liturgy, presented by the Filipino Ministry of the Archdiocese of Los Angeles.

The mass was preceded by the traditional music band that led the “Parade of Parols,” or lanterns, of more than 120 parishes from the five pastoral regions in the tri-county Archdiocese (LA, Santa Barbara and Ventura).

The parols, a Philippine Christmas symbol, were blessed at the end of the Mass. In the Philippines, the parol is used to light up people’s homes and is carried by parishioners attending Simbang Gabi Mass, or “Mass before dawn.” The procession also included parols of religious Filipino-American organizations, civic and professional organizations, and government offices, led by the Philippine Consulate General.

Simbang Gabi is a time-honored Philippine novena of Masses joyfully leading to the celebration of the birth of the child Jesus on Christmas Day.  This year, more than 100 parishes in the Archdiocese of Los Angeles held their own Simbang Gabi Masses.