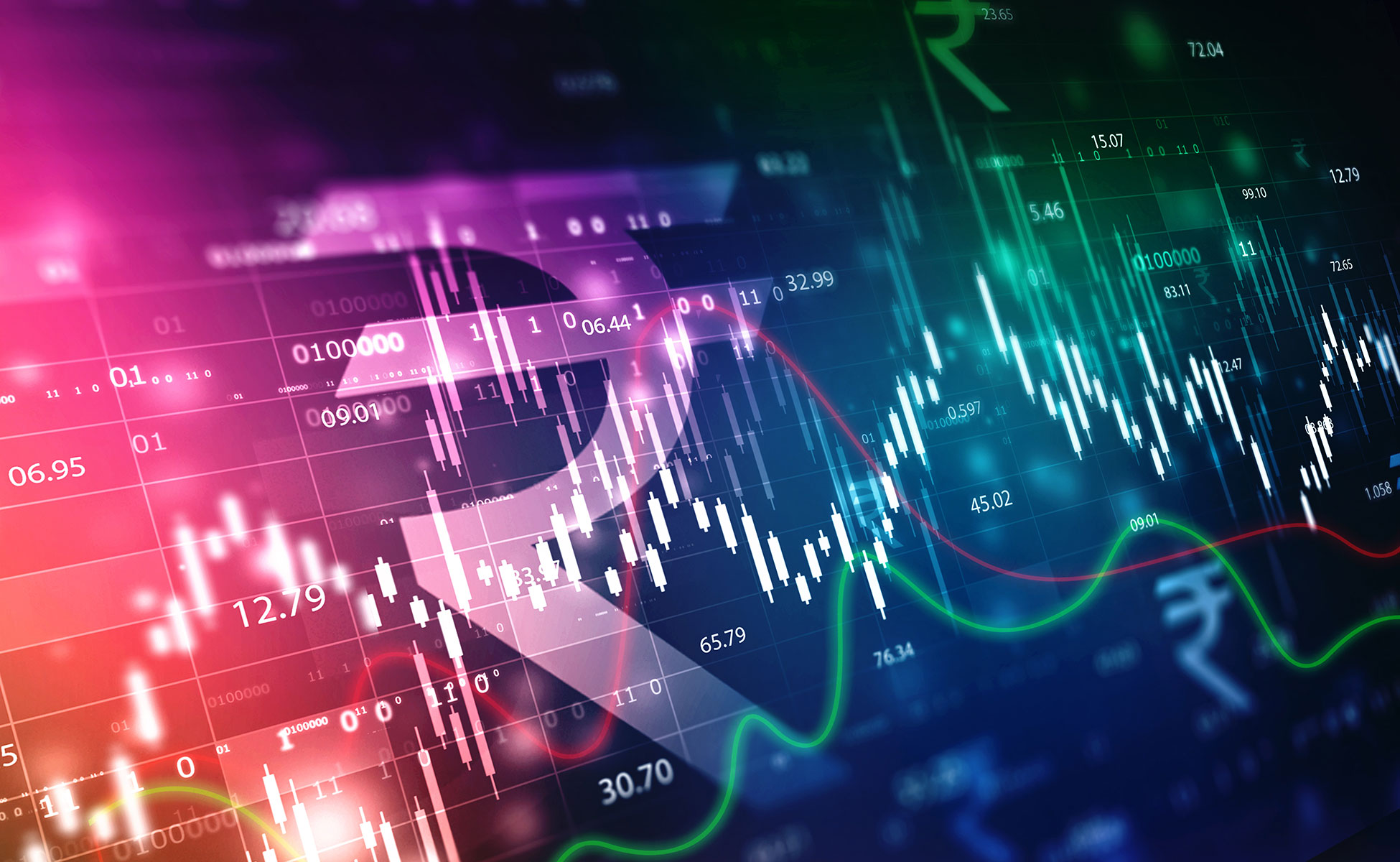 The New York Times enthusiastically reports on the good news coming from India. Matt Phillips and Emily Schmall are impressed by the recent upward movement in India’s stock market. Their article reads like a prospectus for investment in India targeting the financial and business class that are among The Times’ most prestigious subscribers.

The authors note that “India’s booming stock market is drawing both local novices and global investors to shares of the financial, industrial and technology companies that dominate its listings.” The message to Times readers appears to be: Act now or regret the opportunity of a lifetime. They may be right. But they would have been wise to consult the public musings of Viral Acharya, the former deputy governor of the Reserve Bank of India (RBI), interviewed by India’s Economic Times. Had they listened to his description of the state of the markets, they might have slightly toned down their enthusiasm.

Acharya acknowledges the very real success of the Indian market and mentions the factors that have contributed to the rise in Indian stocks. He cites government policies and the recent doubts about markets in China due to the combined effects of a monumental real estate crisis and President Xi’s Jinping’s crackdown not just on the tech sector, but on speculative capitalism in general. These trends have played a role, but the Indian economist, hailing from a culture where elephants tend to be noticed, dares to mention what he considers “the biggest elephant in the room,” namely, “how much froth there is in the markets all over the world.”

Rather than wasting time with someone clearly in the know, The Times prefers to cite people like Brian Freiwald, an emerging-market portfolio manager at Putnam Investments in Boston. He follows time-honored principles that focus on the short term and avoid the need for deeper analysis. “Stock prices follow earnings, and Indian corporates have the strongest fundamental momentum,” he says.

In another segment of the interview, Acharya offers a different thought that doesn’t seem to trouble The Times’ authors. “Our large corporates,” he affirms, “have definitely benefited from higher inflation and lowered borrowing costs. There have been concentrated gains in the stock market. There could be corrections there as well.” Noting the importance of the bond market, he detects a risk concerning short-term strategies consisting of short-term buying intended to profit from low interest rates. As rates increase, which is likely, the economy could find itself short of air. He also notes that because banks are holding large quantities of government bonds, “credit growth is not keeping pace with deposit growth.”

After mentioning these vulnerabilities, he returns to his central worry, claiming that even in the fixed income markets, “there are multiple points of stress and froth.” Addressing the question of the rising interest rates central banks will be required to apply as a response to inflation, he expresses his concern with “the risk of a disordered adjustment in the government’s borrowing costs.”

On the whole, Acharya is optimistic. He believes India is on the right track, though he insists “we need higher growth on a sustained basis” with a “focus on the sustained basis.” By this, he means not getting “too greedy in the short term.” He notes the need for “a focus on structural reforms,” which he defines as essentially three things: infrastructure, health and education. Wouldn’t it be great if markets replaced greed by sustainability as their motivation?

In short, Acharya is unlikely to put much credence in the thought encapsulated in The Times’ headline: “Stocks Soar in India, Luring Investors at Home and Abroad.” The Times cites Jiban Mukhopadhyay, a corporate economics professor emeritus, who believes in the existence of “pent-up demand among the upper middle class, who have been rushing to the market.” Will that continue if inflation raises its head? And what about Acharya’s warning, not just about India, but in “markets all over the world.”

The Times’ authors appear to acknowledge that vulnerability without taking it very seriously. “It remains to be seen,” they speculate, “how sustainable the rally will be. Emerging markets like India can often be at the mercy of decisions made by investors on the other side of the globe.”

The UK newspaper, The Independent has been tuning into Michael Burry, the man who anticipated the housing meltdown in 2007-08 and became the hero of the book and movie, “The Big Short.” Burry offers a specifically historical understanding of Viral Acharya’s concept of froth. He “warns that stock market speculation has reached levels not seen since before the 1929 crash, and assets are more over-valued than before the dot-com bubble burst.”

Burry sums it up in a tweet: “More speculation than the 1920s. More overvaluation than the 1990s. More geopolitical and economic strife than the 1970s.” Some American economists might be tempted to call that historical performance winning the trifecta. The Independent notes Burry’s reference to a Wall Street Journal article with the subheading: “The EV truck maker is worth $120.5bn. It has sold 156 vehicles.” That could be taken to be a fairly concrete illustration of the nature of froth. Burry mentions it because he believes that it also reflects the hyperreality of Tesla.

In promoting the Indian stock market, The Times authors appear unconcerned by historical precedents. They follow traditional bankers’ reasoning that consists of looking only at recent trends and making calculations based on the premise that current trends will either continue or accelerate. Their reasoning has been conditioned by two dominant trends, one dating back to the measures applied in the aftermath of the 2008 financial crisis (not to its causes), the other related to the COVID-19 pandemic. More than 12 years of quantitative easing have led, as many commentators have observed, to the unnatural growth of assets, the accelerating enrichment of owners of assets and therefore to skyrocketing wealth inequality. That is why they see the expectation by Wall Street analysts that Indian companies will “increase their earnings more than 22 percent over the next 12 months as a fact rather than an optimistic projection.

Burry regularly warns about a catastrophic collapse of markets. Like Acharya, he believes that the markets are fragile, though he specifically compares them unfavorably to where they were in 2007-08. Given the aggravation of other unaddressed problems in the world, such as climate change and wealth inequality, to say nothing of the ongoing political confusion in Washington, another of Burry’s remarks signals trouble as well. He looked closely at the effects of the inflation that has already occurred this year. “American real wages — adjusted for inflation — are down 2.2% since Jan 1. Seems the ONLY truly meaningful thing that’s down this manic, manic year. Inflation is a massively regressive tax. Never forget it,” he tweeted.

Are the oligarchs comfortably milking their ever-expanding assets really confident that the populace will never revolt as they watch the massive fortunes of Elon Musk, Jeff Bezos, Bill Gates and others grow seemingly exponentially by the day, making a mockery of the figures of their announced net worth a year ago? There are a lot of strange phenomena in play today, some due to the still unfolding pandemic, others more difficult to comprehend, such as the “Great Resignation” and the increasing madness of some sectors of politics. Then there’s the prospect of a Republican takeover of the US Congress a year from now, a guaranteed recipe for political chaos. Is any of this sustainable? If the economy’s froth boils over, will investors still be looking for opportunities in India or even bitcoin? Will they return to gold?

But who, besides The Times, really cares what investors will do? What will the people do when the first cracks appear? Will the American people roll over as they did in 2009, when they trusted what they took to be the arrival of a bold new president promising hope and change? This time around, most of humanity, including India, will have no choice.

Perhaps the best strategy for well-off readers of The New York Times would be to invest in Indian companies today and sell out just before the 2022 midterm elections in the US.