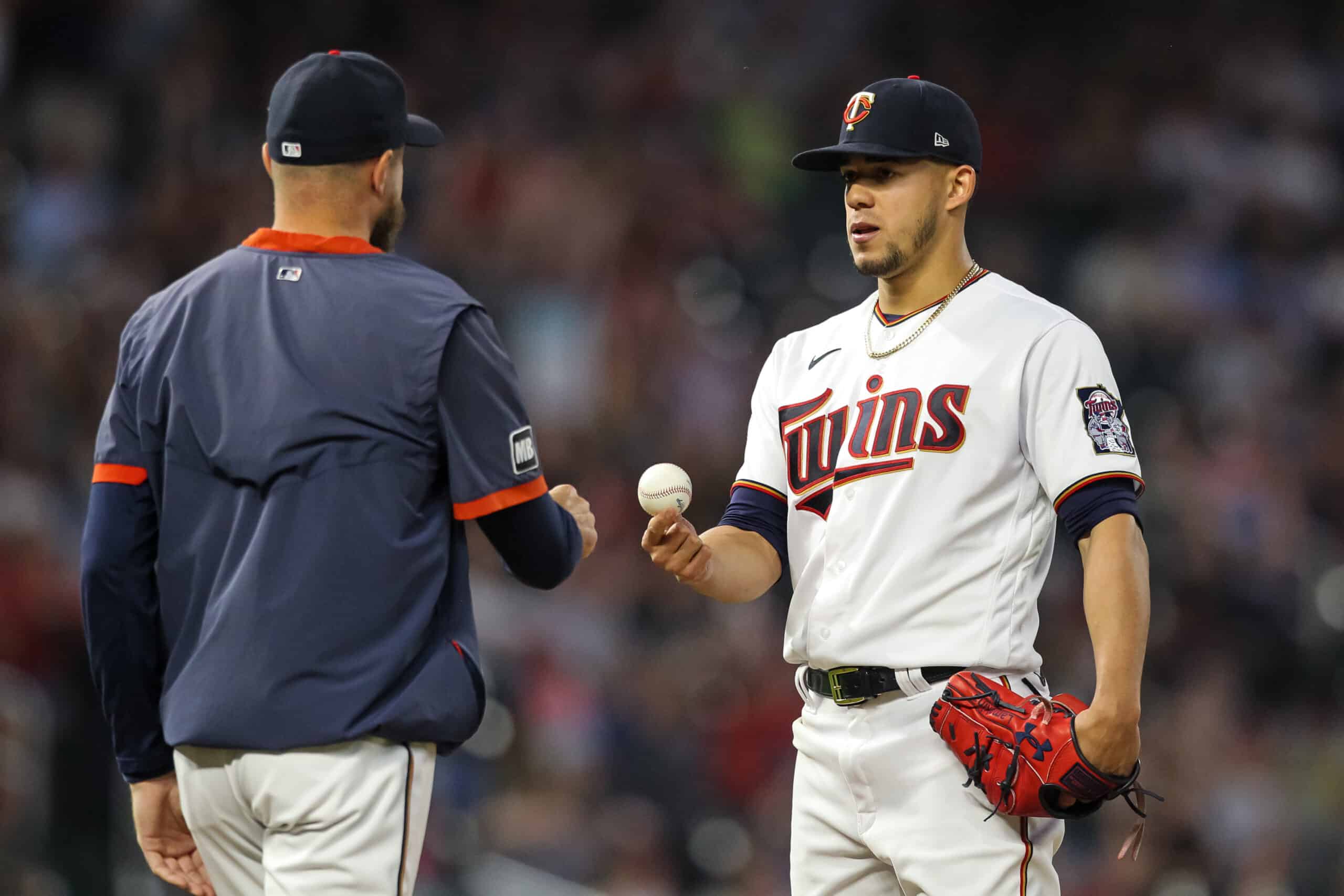 The Minnesota Twins had a rough 2021 season, and by the time of the trade deadline in late July, it was evident that they weren’t going anywhere.

That is why they decided to trade players with contracts expiring after the 2021 season, such as Nelson Cruz, J.A. Happ, and Alex Colome.

However, a player with team control until 2022 was included in the group of traded pieces: pitcher Jose Berrios.

Berrios was a special case: one of the best starters on the team who had a solid 3.48 ERA and 2.4 Wins Above Replacement (WAR) in 121.2 innings at the moment of changing teams, he would have commanded a hefty salary in his last year of arbitration (2022).

A Matter Of Priorities

Basically, the Twins decided that the price tag of signing Berrios to a potential extension was too much for them to handle.

In fact, we already saw the price: a seven-year, $131 million deal he signed with the Toronto Blue Jays.

Per a source, confirming what’s been reported elsewhere. #BlueJays agree to an extension with José Berríos, pending a physical, valued at $131 million over seven years.

They traded 1.5 years of Berrios to the Blue Jays for six years each of two top-100 prospects: infielder/outfielder Austin Martin and pitcher Simeon Woods-Richardson.

The idea behind the decision of trading Berrios was making all the efforts to sign franchise player Byron Buxton to a long-term deal.

That’s why the fact he led the Twins in WAR was mind-blowing: he played a little over a third of the season due to injuries.

Buxton may be injury-prone, but there are very few center fielders with his game-changing ability, while there are at least some pitchers comparable to Berrios.

In fact, they may look to develop the next Berrios from within.

All things considered, the Twins shouldn’t regret trading Berrios as long as they can either keep Buxton long-term or bring a similarly talented player(s) to strengthen their chances of competing again in 2022 and 2023.

The Twins Did Very Well In The Berrios Trade

The Twins netted several excellent prospects at the deadline, some of which could contribute in 2022.

Martin has an exquisite approach that leads to very high OBPs, and while his power is average, it may develop a bit more and settle in the 20-homer per year range.

Woods-Richardson struggled with control in 2021 but has a big, high-upside arm.

Joe Ryan came over from Tampa Bay in the Cruz trade, and already showed what he’s capable of.

He had a 4.05 ERA in 26.2 frames with Minnesota, in addition to an excellent 30 percent strikeout rate.

His deceiving arm slot makes it very tough for hitters to square him up, and he profiles as a potential Berrios replacement and will be controllable for six years.

The Twins also knew they could probably afford to trade Berrios because they have other good pitchers coming up soon, such as Jordan Balazovic, Jhoan Duran, Josh Winder, and Drew Strotman (who also came from the Rays in the Cruz trade).

All things considered, the Twins shouldn’t regret trading Berrios because the Blue Jays overpaid for him and left them two promising, potentially game-changing prospects; and also because they seem to have several capable replacements lined up in the minors.

I’m one of the biggest Austin Martin proponents there is….. but it still stings to know that Blue Jays will see peak Berrios, instead of us.

(Martin will be worth it)

Now, they can allocate the money (presumably) destined for a Berrios extension to lock up Buxton or bring in a couple of high-profile players via free agency.