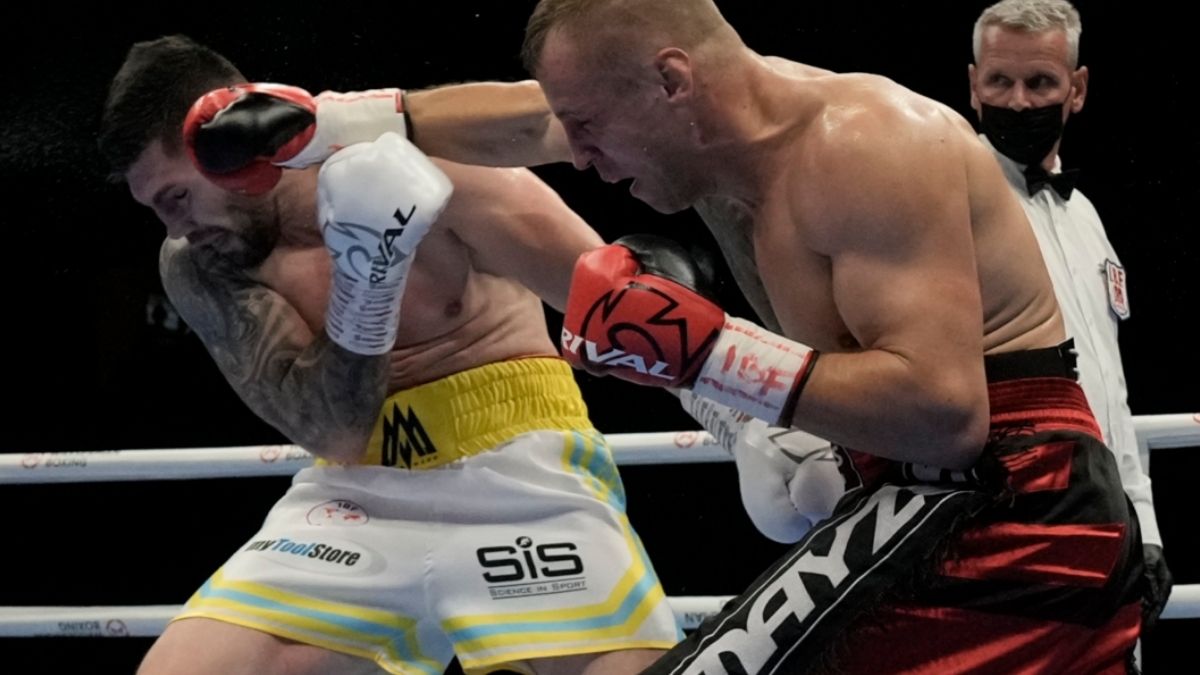 There comes a point in time for everyone when they must decide, stay on the yellow-brick road, or move. For Mairis Briedis, the time is now. Should Briedis move now to heavyweight, or stay put. On a night with boxing cards from all over the planet, this is the top question being wondered now.

The 36-year old Latvian isn’t getting any younger. And while it’s true the lifespan of a heavyweight isn’t the same as in any other division, he is at that crossroad. In his first fight in 13-months, and in front of his hometown he easily defended his RING MAGAZINE and IBF Cruiserweight straps. It took him around to figure out a decently sneaky fighter in Artur Mann. But as they say “there’s levels to this s**t”; and Briedis is on a different plane. Mann is a former champion, but he was a 50-1 underdog for a reason.

The finish, coming at 2:54 of the third round puts Briedis on a five-fight win streak since dropping a decision to now heavyweight champion Oleksandr Usyk back in January of 2018. A loss, that he definitely wants back. So after his 20th career KO, the move appears that much closer. He could absolutely stay at cruiserweight, and continue to clean out the division. There the fight most would like to see is him and the undefeated WBO Champion Lawrence Okolie. “The Sauce” is the next in line to control cruiserweight.

Should Briedis Move Now To Heavyweight

What would await him in the land of giants? Never before in boxing has the top division been ruled by a bunch of true behemoths. Tyson Fury, Deontay Wilder, Anthony Joshua are physically tough to deal with. Then again the saying goes: “it’s not the size of the dog in the fight, it’s the size of the fight in the dog”. At 6’1″ he fits in with the far majority of fighters. But he’s never been clipped by the power that’s up there. Andy Ruiz has hand speed and power, Fighters like Dillian Whyte, Luis Ortiz, Frank Sanchez, and Joe Joyce all have one-hitter quitter power they can rely on.

However, Briedis does move in and out well. He has a decent right upper-cut, and hooks to the body well. If that can translate up is a question we won’t know until he makes the move. He definitely needs to add power (but not in a Wilder bulk up way). And deep in his heart that’s a move he wants. He’s talked about the big fights and the big money. And at heavyweight is where those things happen.

Cruiserweight was is and always will be (sadly), a place where light heavyweights go to warm up before making the jump to the big boys pool. And yes, there have been some incredible fighters to stay there, but the ones you best remember used it as a layover (see Evander Holyfield, David Haye, and Usyk). Then again there’s always the guys like James Toney, and Dwight Muhammad Qawi.

Go to: Belly Up Sports for all your sports news. And also head to: Facebook for all things CYCLONE.