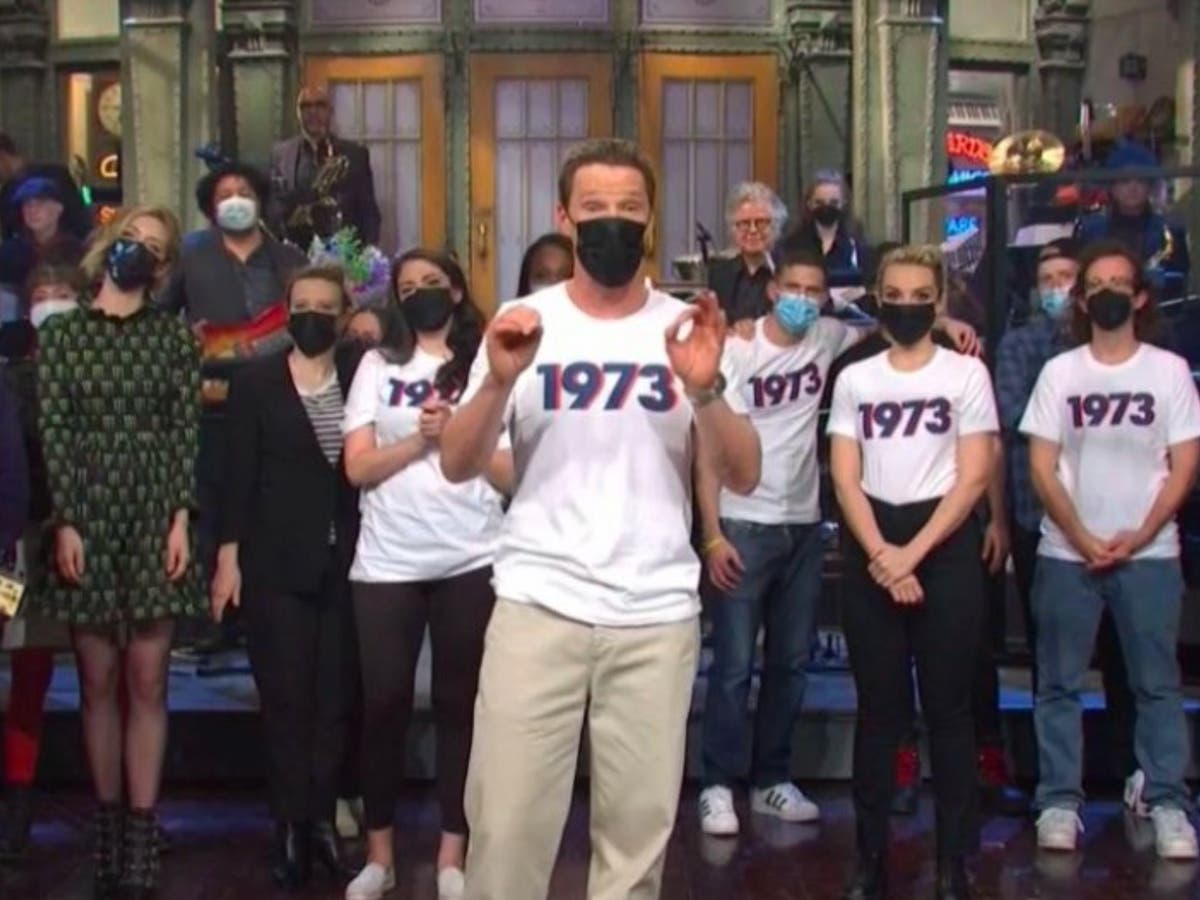 Benedict Cumberbatch, members of Arcade Fire and the Saturday Night Live crew wore 1973 shirts on the finish of this week’s episode, referencing the 12 months of the Roe vs Wade ruling.

Cumberbatch kicked off his second stint as SNL host by starring in a sketch taking purpose at Supreme Court docket Justice Samuel Alito’s leaked draft opinion, which proposed overturning abortion rights within the US.

“While I was cleaning the hole on the side of the castle where we poop and then it falls through the sky into a hole of human feces, I started to think about abortion,” Cumberbatch stated. “Don’t you think we ought to make a law against that?”

Clearly referencing Alito’s determination to base his opinion on historic texts, Cumberbatch’s character praised his personal “moral clarity” and predicted that future authorized students would declare “there’s no need to update this at all. We nailed it in 1235.”

Cumberbatch was joined by Cecily Sturdy, taking part in a servant, who was left to query the affect the choice would have on ladies. “Shouldn’t women have the right to choose, since having a baby means a 50 percent chance of dying?” requested Sturdy’s character.

Kate McKinnon performed a “woman in her thirties” blessed with the facility of foresight by a “weird mushroom in a pile of cow dung”. She informed Sturdy’s character: “Worry not, dear girl, these barbaric laws will some day be overturned by something called ‘progress’. Then, about 50 years after the progres, they’ll be like, ‘Maybe we should undo the progress.’”

McGinnon added: “I don’t know why, my visions from that time are very confusing. It seems like all the power comes from a place called Florida. And if you think our customs are weird, you should watch the trial of Johnny Depp and Amber Heard.”

Cumberbatch is internet hosting Saturday Night Live for the second time, having first hosted in 2016.