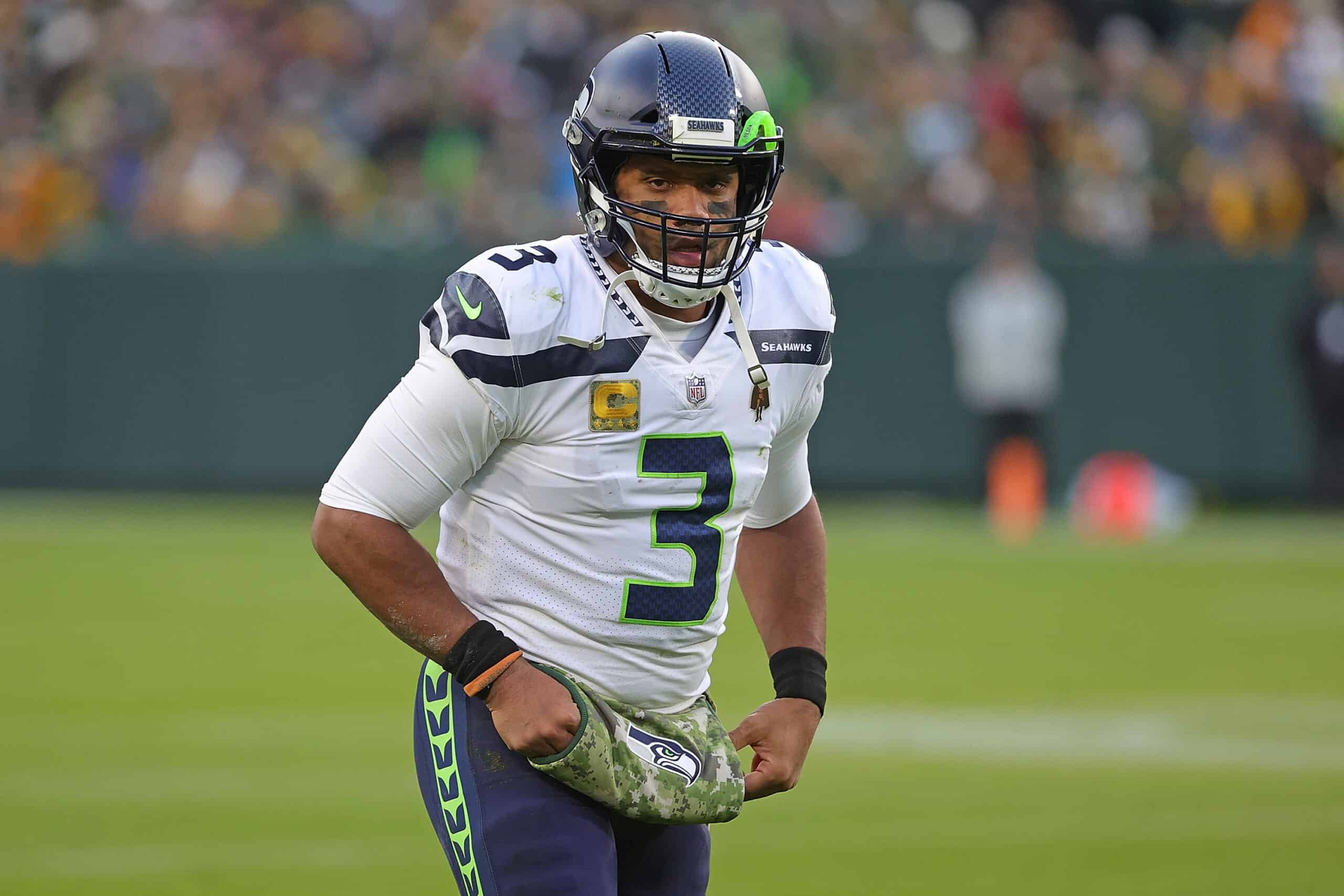 Wilson, who was sidelined for three games after finger surgery this season, worked tirelessly to get back quickly.

He is about to turn 33 years old at the end of the month and is in his 10th NFL season.

At this point, he has achieved everything both individually and as a part of the 2013 Seahawks Super Bowl championship team, so many wondered how long Wilson would play.

Wilson was forthright with Rob Maaddi in an upcoming episode of AP Pro Football Podcast about what his future goals are.

How Long Will He Play?

Wilson has said before that he intends to play into his mid 40s as Tom Brady is currently doing.

That means he has 10 or more years left.

Wilson never missed a game before this finger injury so he had a chance to reflect on his love of the game.

“I knew I was wildly crazy about the game, but I’m ridiculously obsessed with it. That’s why I want to play 20-plus years.”

Wilson clearly puts the work in to be at the top of his game.

Russell Wilson’s quote in an ESPN article. Definitely explains why he’s great at what he does. pic.twitter.com/4FyFDZzt54

What Are The Keys To Success And Longevity?

Wilson talked about what he feels makes him successful as an NFL quarterback.

“I think the other part that you learn about yourself is to have patience. At the same time, you have to have drive. I think that’s such a critical part. The third thing is (having) unrelenting confidence. You don’t want to mistake that with arrogance. It’s strictly confidence in what you do and how you do it and you’ve done it before, and we’ll do it again and with great faith, all things are possible, and that’s really what’s been very evident to me in my journey.”

Once Wilson stops playing the game, don’t expect to see him ride into the sunset.

He wants to continue to be a part of the game just in a different capacity.

Wilson aspires to own an NFL team.

“I’d love to own an NFL football team and to be able to impact a city, a country and just bring people to the game of football. I’m very big into the business side of things and just sports in general. I love winning. I love the process of winning. So hopefully I can bring that culture to a team and organization.”

It is unclear whether Wilson and his wife, music star Ciara, could bankroll a team on their own.

By all accounts, the Seahawks have been a disappointment in 2021.

They are 3-6 and in last place in a very competitive NFC West division.

The Seahawks have a big Week 11 game coming up against the division leader Arizona.

With Wilson back and 2021 being a crazy and unpredictable year in the NFL, anything is still possible so don’t write the Seahawks off just yet.