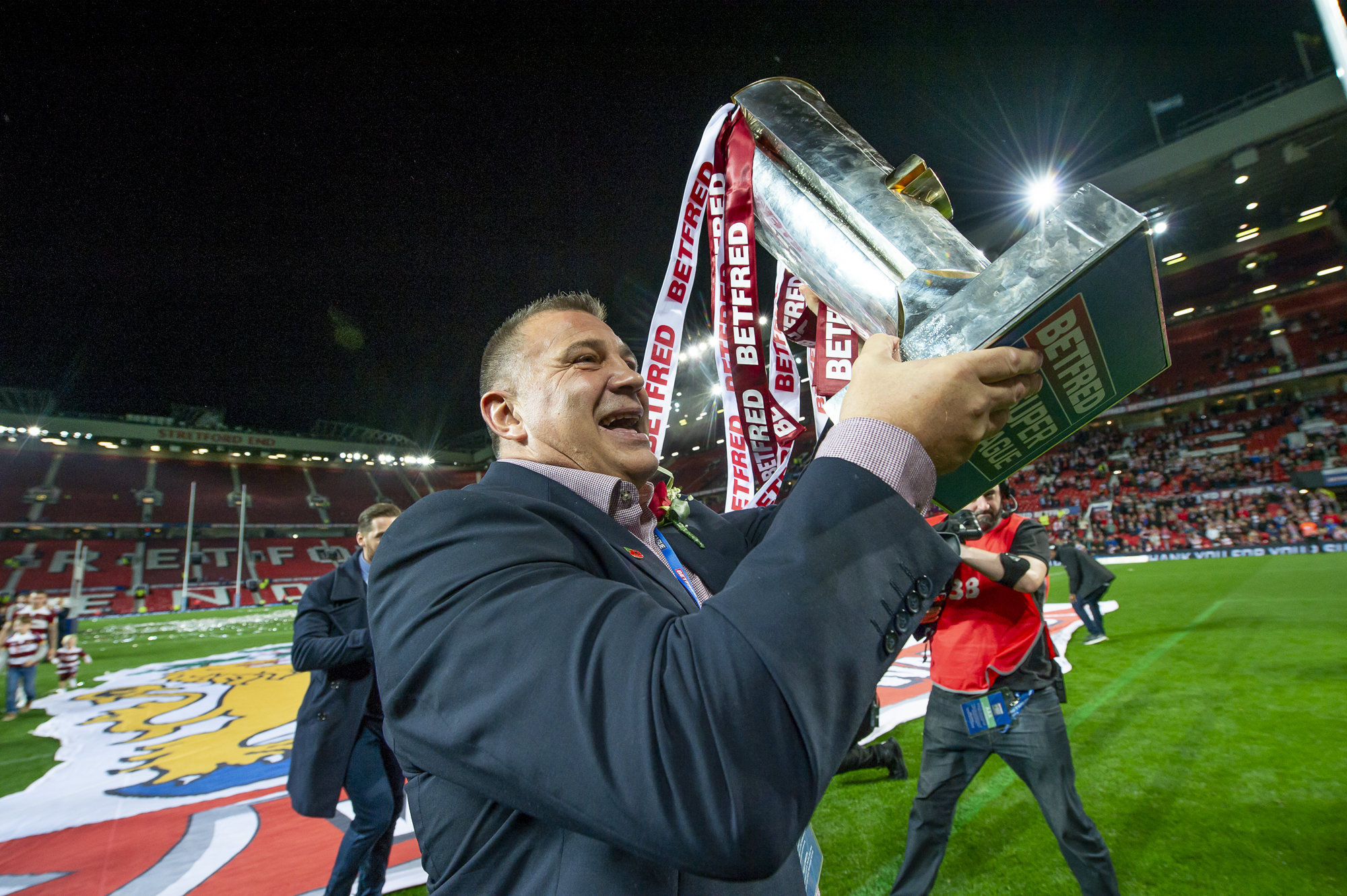 England head coach Shaun Wane says the unpredictability of the Betfred Super League is what makes rugby league so wonderful ahead of this weekend’s opening play-off fixtures.

Wigan Warriors face Leeds Rhinos on Thursday and Warrington Wolves host Hull Kingston Rovers on Friday in the elimination play-offs, with the winners going on to play Catalans Dragons and St Helens in the following week’s semi-finals.

But while Wigan and Warrington are favourites to progress, the former Warriors coach insists it isn’t so straightforward thanks to the unpredictable nature of the Betfred Super League.

“Wigan have had some turn-ups in the past, things going for us and going against us, so any team can turn up,” Wane told Betfred’s The Last Tackle. “And that’s been the beauty of our Super League this year; any team can turn up at any given time, and if you’ve got a team that makes the effort and can build pressure, then anybody can beat anybody.”

Hull KR finished bottom of the Super League in 2020 and have surprised many in ending the regular season in sixth this time around, while Catalans clinched the League Leaders’ Shield for the first time ever.

St Helens, who will face the highest-placed winner from the first week’s games, know they will now benefit from having James Roby’s 100 per cent focus after the superstar hooker announced his retirement from international rugby league on Wednesday.

The 35-year-old, who played 32 Tests for England and seven for Great Britain, says the postponement of the 2021 Rugby League World Cup had a big say in him calling time at this point.

“I was hoping to be selected for the Rugby League World Cup this autumn and taking absolutely nothing for granted, but 2022 is a year too far. Time waits for no man,” he explained in a statement.

“I’ve had some incredible experiences and standing for the national anthem as an England or Great Britain player is something I’ll never forget. I’ll be supporting Shaun and the boys next year, and there’s no reason why they can’t go all the way.”

With the World Cup postponed, Shaun Wane takes his side to Perpignan for a Test match against France on October 23 in what is his first full international since taking charge in February 2020 as a result of delays caused by Covid-19.

But the head coach tells Betfred he is viewing the disruption as a small matter given the wider context.

“It’s been painful, it’s been tough because I like to work and coach, and I’ve not done that. When I took the job we had the Ashes potentially and the World Cup, and none of that’s happened sadly. But I’m the eternal optimist, and it is what it is. There are people in this world who have had a tough time and, when you think about it, what we’re going through is nothing compared to what some people are going through.

“My mindset is on preparation and making sure we’re ready for this game against France in October, and that’s the only thing I’m in control of. I’m not feeling sorry for myself, it’s just the way it is. We have to make the best of it. I’m cracking on, 100 per cent.”