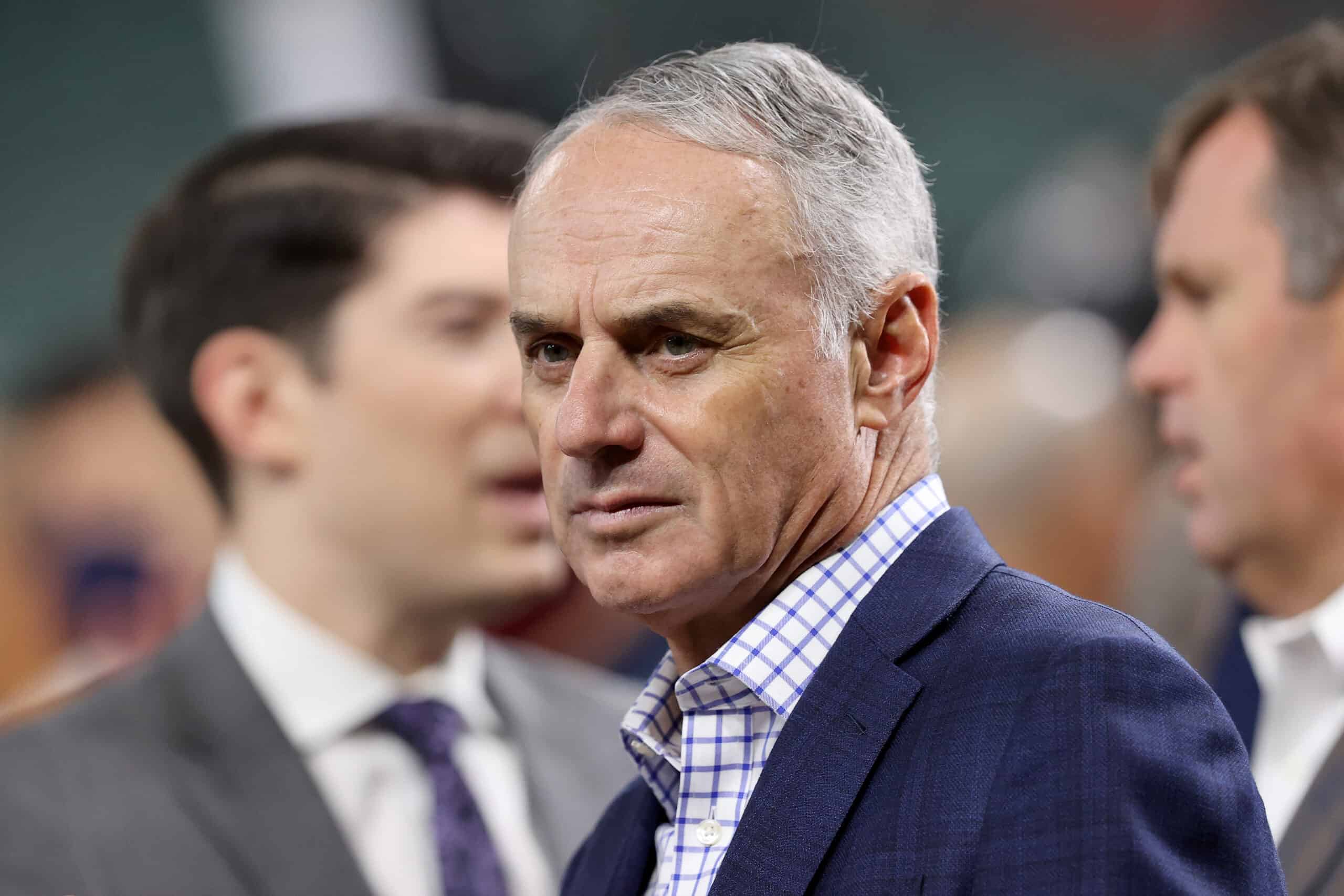 MLB wrapped up its 2021 season with an exciting World Series won by the Atlanta Braves.

That immediately began the offseason and some lucrative deals have been signed by top free agents.

Leave it to MLB to bring all that momentum to a halt.

The end of November marks the timeline for the owners and players to reach a new collective bargaining agreement.

If that does not happen, a lockout will be put in place.

Commissioner Rob Manfred is one individual who could broker a deal as soon as possible, but he has indicated a lockout is likely coming.

Rob Manfred: “An offseason lockout that moves the process forward is different than a labor dispute that costs games.”

Manfred seems to talk up the idea of a lockout instead of doing whatever it takes to avoid a disruption to the MLB calendar.

That is bad news for everyone, especially the fans.

Rob Manfred, when asked whether owners would lock out the players if no deal is done by CBA expiration: “We did not make today and will not make a decision as to what’s next. We’re focused on making an agreement prior to Dec. 1.”

It is always bizarre for sports fans to witness battles between billionaires and millionaires.

Is there really a proper side to take?

Both sides in this situation have known the current CBA was expiring, yet they both just dug in and decided a lockout was the best course of action.

This is illogical in a sense because the issues that will be solved this winter could have been solved behind closed doors during the season.

Or even this month.

It never makes much sense to fans and shutting down free agency in the middle of its usual time is a great way to kill interest in the league during the offseason.

The fun of the offseason should be fans tracking all the rumors and deals that are out there.

Instead, fans can basically assume that December and January will be filled with nothing but talk about points being argued by players and owners.

That does not sound fun at all.