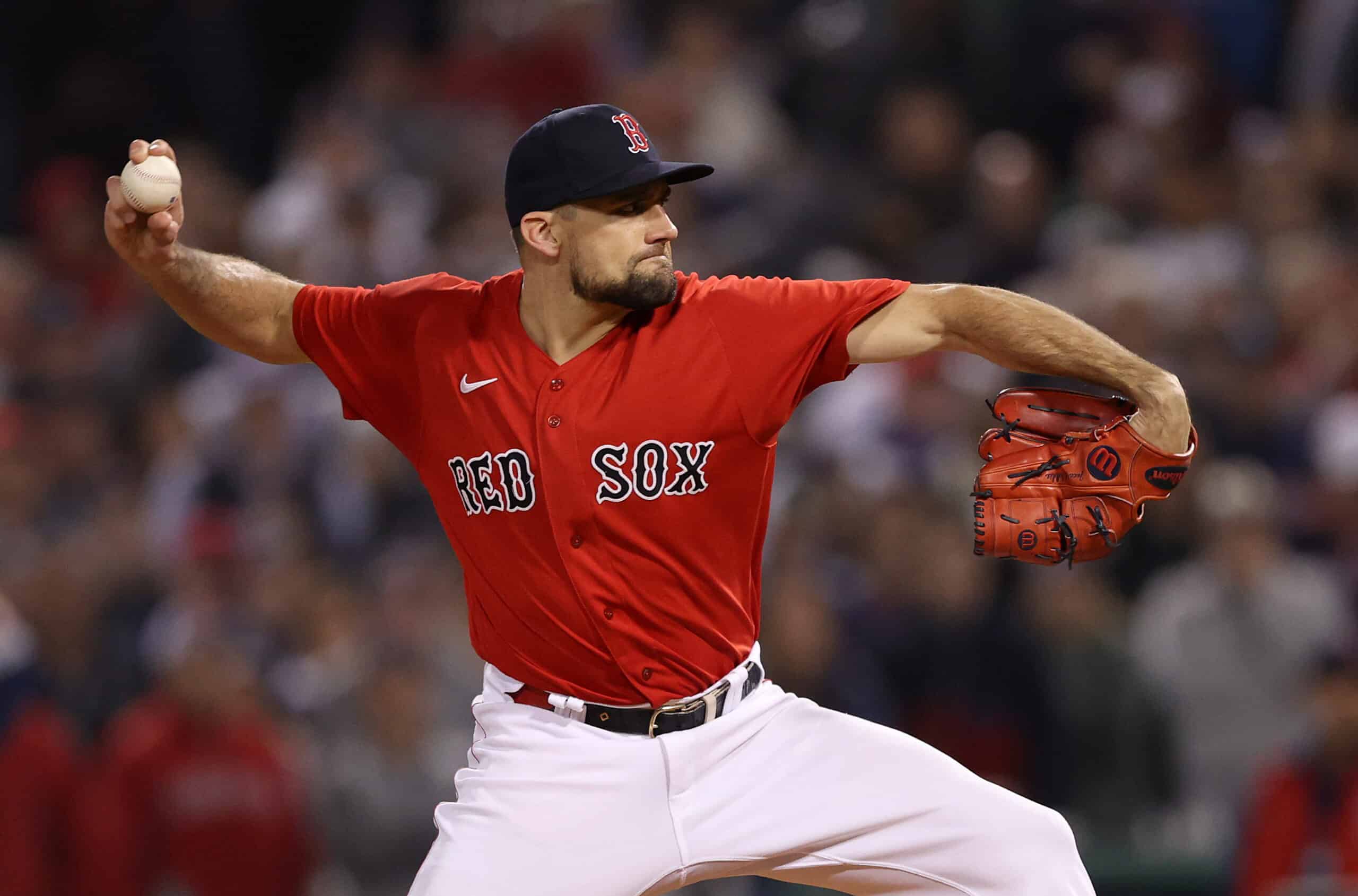 For the second time in the 2021 postseason, the Boston Red Sox are facing elimination.

The Red Sox have already played in one do-or-die game in these playoffs, as they survived the Wild Card Game against the New York Yankees.

But now, Boston is going to have to win two straight games against the Houston Astros in order to advance past the ALCS.

With the season on the line in Game 6, the Red Sox are going to give the ball to Nathan Eovaldi.

Eovaldi vs Garcia in G6 of the #ALCS

Will the righty be up for the task?

The Red Sox Are Going With Their Horse

Eovaldi has been Boston’s horse all year long.

He was the most reliable arm in the Red Sox rotation throughout the regular season, and the team has trusted him in several big spots in the playoffs already.

He’s looking to shake off his last outing.

In Game 4, the Red Sox called on Eovaldi for some relief work, but the decision did not pan out.

The veteran got tagged for four runs over 0.2 innings of work in a game that Boston ultimately lost.

Now that he’s returning to his traditional role as a starter, the hope is that he will bounce back.

If that’s any indication of how he’s going to perform in Game 6, then the Red Sox probably like their chances.

Will The Moment Get Too Big For The 31-Year-Old?

Boston is essentially putting the fate of its entire season in the hands of Eovaldi.

That’s a high-pressure spot for any pitcher to be in.

But in the case of Eovaldi, he has plenty of experience pitching big games.

Most notably, back in the 2018 World Series, the Red Sox needed a pitcher to eat some major innings out of the bullpen in a pivotal game.

The game was in extras, and Boston needed someone to turn to.

Eovaldi was the guy, and he delivered when his number was called.

He posted six outstanding frames, keeping the Los Angeles Dodgers off the board from the 12th inning all the way until the 18th.

His 97 pitches in relief in Game 3 of the #WorldSeries set an @MLB record. pic.twitter.com/QQvPcc9viS

Unfortunately, he didn’t get much help from the Boston offense, and the Dodgers came away with the victory.

But Eovaldi’s efforts were worth a LOT, as he bailed out the Red Sox bullpen out in a big way.

Boston, of course, went on to win the series and claim yet another World Series title.

To circle back to the original question regarding his ability to deliver in big games: There’s no reason to believe the former 11th-round pick will fold under pressure in Game 6.

He has been on big stages before and has produced fantastic results.

At this point, it’s just a matter of executing.