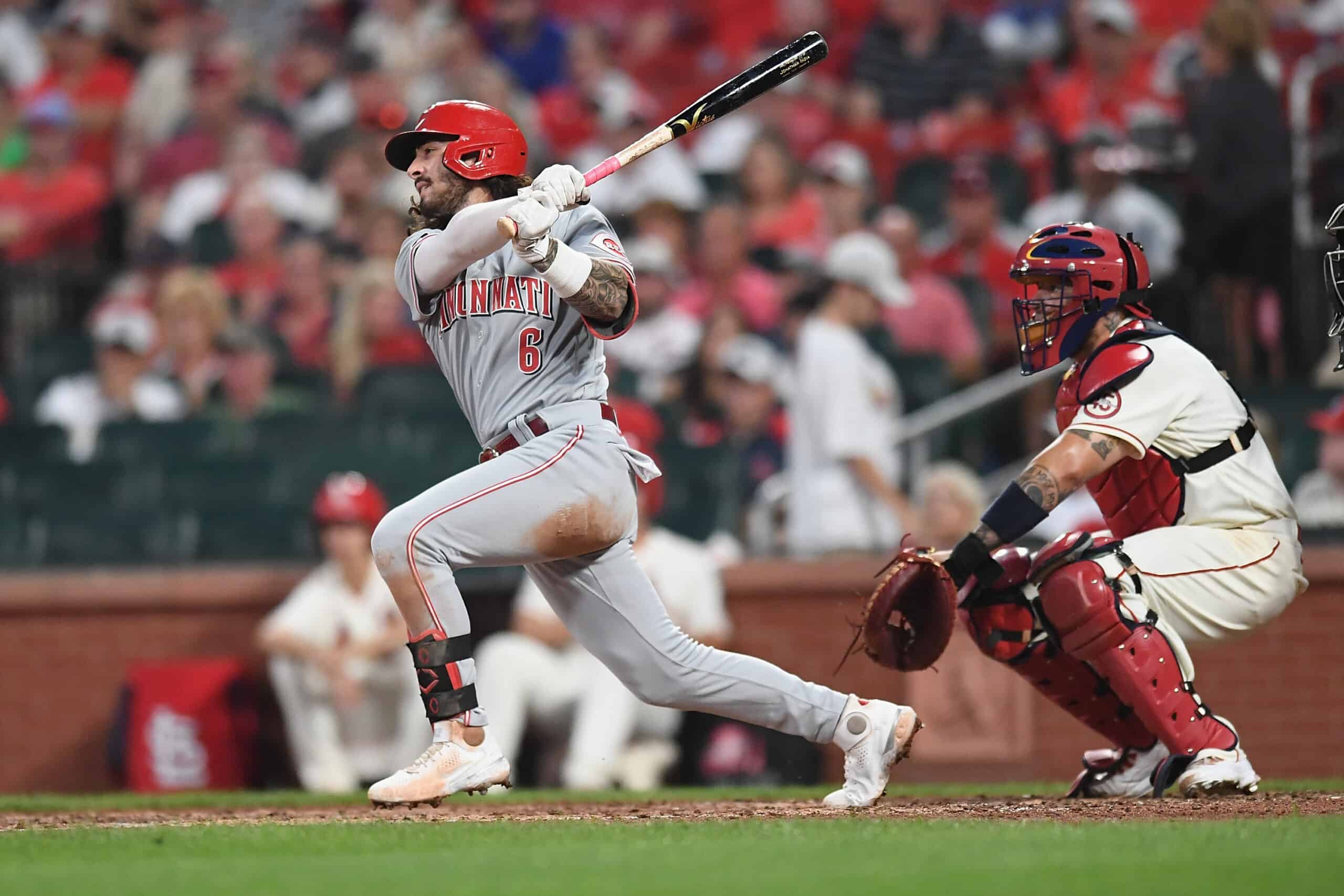 MLB Rookie of the Year honors for the American League and National League will be handed out on Monday.

The AL Rookie of the Year race is a bigger mystery than the NL race, but nothing is guaranteed until the winners are announced.

Until then, let’s take a stab at making some predictions.

Randy Arozarena, Wander Franco, and Luis Garcia are the three finalists on the AL side of things.

All three players had stellar seasons, but we’re giving the edge to Arozarena here.

Although the 2021 season was technically his third year at the MLB level, it was his first full campaign, as his previous two were very short.

He appeared in 141 games this past season and posted some monster numbers.

He homered 20 times, doubled 32 times, and tripled three times, and he also stole 20 bases along the way.

He finished the season with a bWAR of 4.2.

Rookie of the Year ballots are always due before the postseason beings, but Arozarena had a great playoff showing.

Jonathan India is a massive favorite on the NL side, and it would be a huge surprise to see anyone but him win the award.

Trevor Rogers and Dylan Carlson are the other two finalists.

Make no mistake, those guys deserve respect as well, but most sportsbooks have India listed as at least a -1000 favorite to be named the NL Rookie of the Year.

It’s easy to understand why.

RT if Jonathan India is the NL Rookie of the Year

Impressively, he flourished in high-leverage situations, batting .265 with a .939 OPS in such spots.

The 24-year-old was also arguably the Cincinnati Reds’ most important player, and here’s why:

He was the straw that stirred the drink for the Reds in 2021, and if that’s going to be the case moving forward, Cincinnati probably feels good about its chances to perennially contend for a playoff bid.

Look for every player on this list to take a big leap in 2022.

It’s hard to remember a time when there was this much young talent in the league at once.

This generation of players will put a fantastic product on the field for many, many years.

The best is yet to come, and that’s a really exciting thought.