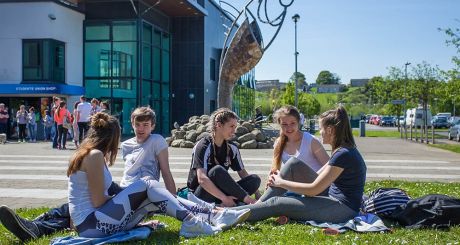 A Technological University for the West and North West is to be established early next year, Minister for Further and Higher Education Simon Harris has announced.

The move follows an application from the Galway-Mayo, Sligo and Letterkenny institutes of technology to come together to gain university status.

The multi-campus technological university, the fourth to be announced since 2019, will involve thousands of students spread across locations in Castlebar, Galway city, Killybegs, Letterfrack, Letterkenny, Mountbellew and Sligo.

“Its establishment will allow people in the furthest flung corner of the island through digital connectivity to obtain a university degree in their home places. I am delighted to see this milestone being reached and I want to congratulate all involved.”

Mr Harris said the “final piece in the national TU jigsaw” was creating a university for the southeast region and that he would be making a decision on an application for the region in the coming few days.

“Overall, the entire Irish higher education landscape has shifted significantly and is reaching inwards regionally, outwards internationally and upwards in terms of ambition to serve students, staff, communities and stakeholders for decades to come.”

The Government says technological universities have greater critical mass and capacity to meet local skills and build international links. They offer a range of qualifications ranging from apprenticeships to PhDs.

There have, however, been concerns expressed among some staff over employees’ terms and conditions in the new institutions.

Minister of State for Further Education Niall Collins said the development could be “a transformational event for people across Donegal, Galway, Mayo and Sligo”.