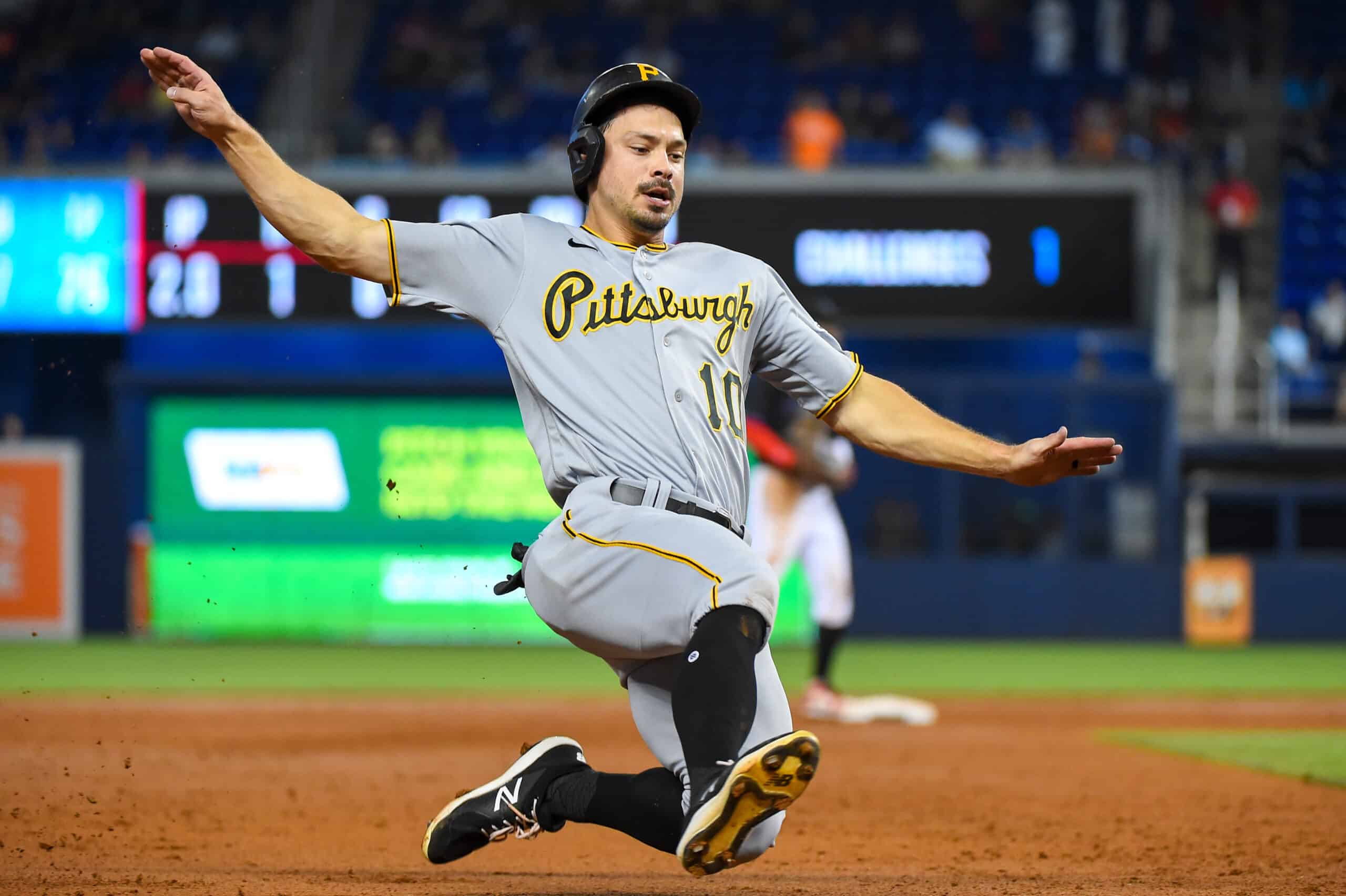 The Pittsburgh Pirates may not be very good, but they can say with confidence that they have one of MLB’s very best outfielders on their roster.

Bryan Reynolds ranked 10th in MLB in Wins Above Replacement (WAR), according to FanGraphs, with 5.5.

With a low profile and a loud bat, Reynolds let his game and talent speak for himself.

#Pirates All-Star CF Bryan Reynolds is drawing significant interest in the trade market, with the #Yankees and #Mariners among potential suitors, but the team feels no pressure to move him. He won’t be a free agent until after 2025, and an extension remains possible. @MLBNetwork

It’s not the first time Reynolds has generated trade buzz.

Reynolds is just 26 years old, but plays like a seasoned veteran, especially in the batter’s box.

He was a comfortably above-average hitter, with a 142 wRC+.

The wRC+ stat means weighted Runs Created Plus, and helps us understand if a player is above-average (higher than 100) or below-average (lower than 100).

However, he erased doubts about his ability with a huge 2021.

Defensively, he is an okay center fielder, but he is better suited at one of the outfield corners.

Overall, the package is extremely enticing and it is not hard to see why several MLB organizations are eager to pry him away from Pittsburgh.

Is A Trade Likely?

Despite the “significant” interest he is reportedly generating in the trade market, it remains unlikely that the Pirates decide to trade their prized asset.

Per Morosi, the New York Yankees and the Seattle Mariners are among the potential suitors.

Both teams could really use an outfielder like Reynolds, especially the up-and-coming Mariners.

However, and while they could definitely use the haul of prospects they would likely receive in any hypothetical deal, the Pirates are in no rush to move Reynolds.

He is just too valuable to the team according to the standards under the game is played at the moment.

Reynolds checks all marks: he is very talented, as his numbers indicate; he is young; he will make near the league minimum in 2022, and has four years remaining until hitting free agency.

The outfielder won’t be eligible to the arbitration system until after 2022, and free agency expects him after 2025.

Any team interested in acquiring him would have to deal at least a young, promising major leaguer, a top-100 overall prospect, and several top-30 organizational prospects.

As the Bryan Reynolds trade proposals start to fill up the Twitterverse let’s remember that every proposal from the Pirates side will start with Jasson Dominguez, which probably means nothing will get done until that name is off the board.

Additionally, an extension remains a possibility, so he could be the Pirates’ next face of the franchise.

While the Pirates are known for dealing some of their best players as they approach free agency to replenish the farm (a seemingly never-ending cycle), Reynolds doesn’t fit that description, at least not yet.