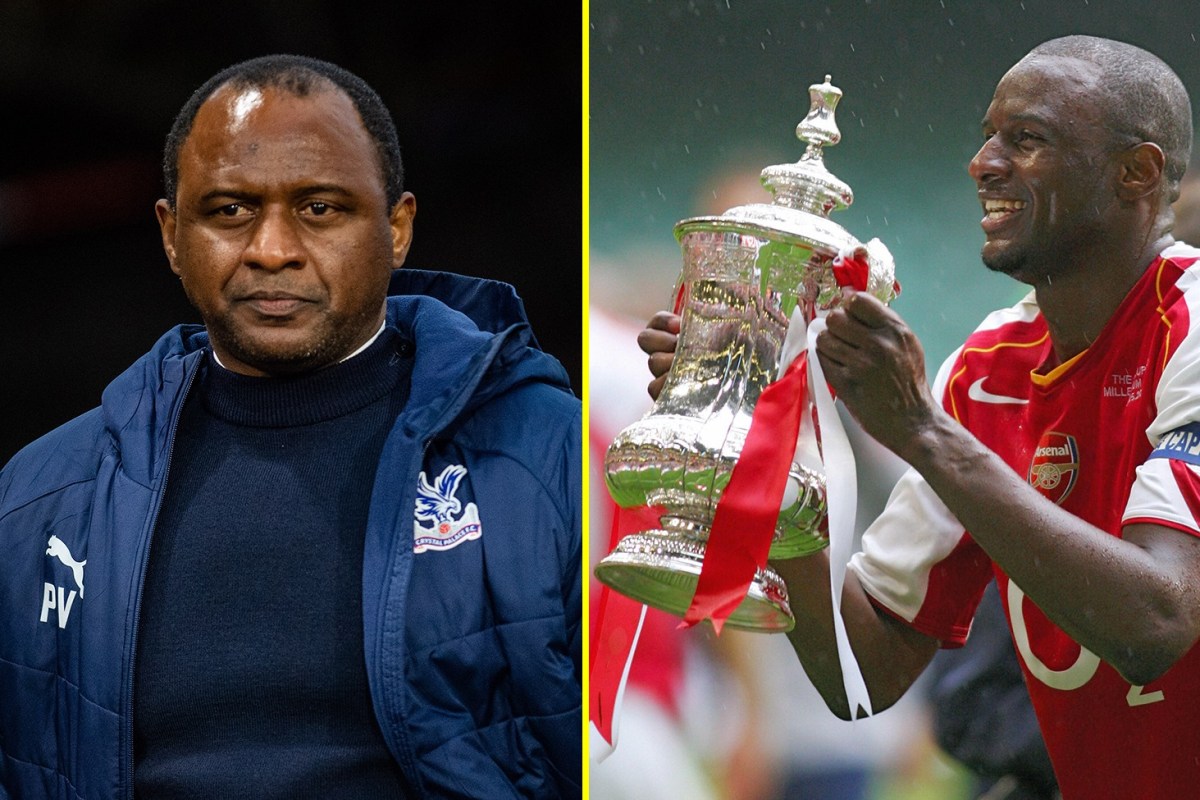 People talk about the romance of the FA Cup, but there’s no one who loves this competition more than Patrick Vieira.

Okay, Ashley Cole has won it more times than his former teammate, but the Frenchman’s record of winning it five times – with two different clubs, might I add – isn’t bad either.

And there’s a chance he could win it again, this time as a manager.

However, he’ll have to take his Crystal Palace side across London to face Millwall in a London derby, live on talkSPORT, and come away with a win if he wants to bag his sixth.

His first four came as an Arsenal player, of course, first beating Newcastle in 1998, then Chelsea in 2002, before a 1-0 win over Southampton gave him his third a year later.

If you asked Vieira to pick his favourite of the four, however, the one he won in 2005 will almost certainly come out on top.

A 0-0 draw against Roy Keane‘s Manchester United meant the final would be decided by a penalty shootout.

After Paul Scholes missed, it was down to the French midfielder – who was taking fifth for his side – to win the cup.

The Gunners captain stepped up and rifled it into the back of the net, before he lifted the trophy at the Millennium Stadium.

That was his last ever kick in an Arsenal shirt, after Juventus signed him on a five-year deal in 2005, but what a way to leave.

He then returned to English football in 2010 when Manchester City boss Roberto Mancini brought him to the club on a six-month deal, and it was almost inevitable he’d win the FA Cup again.

He came on as a 90th-minute substitute in the final at Wembley, where Mancini’s side beat Stoke 1-0 thanks to a Yaya Toure goal.

If he wants to win it this year, there’s a good chance he’ll have to beat City, who never take domestic cup competitions lightly.

But, first, he and his side will head to The Den to face Championship side Millwall on Saturday lunchtime, as Vieira hopes to rekindle his love with the historic cup competition.