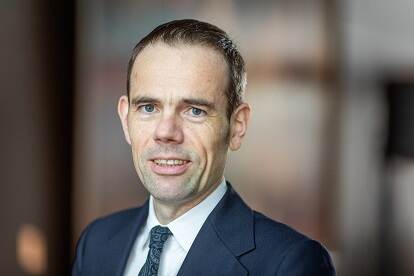 The COVID-19 pandemic was much more than a health crisis for Europe, which means it needs to transform from rule-political machinery to a political body able to deal with unexpected events, political philosopher and historian Luuk van Middelaar told EURACTIV.

Luuk van Middelaar is a Dutch historian and political philosopher. From December 2009 to 2014, he was a member of the cabinet of Herman Van Rompuy, the first full-time President of the European Council. His latest book, Pandemonium, deals with the consequences of the health crisis for the EU.

Has the EU changed substantially as a result of the health crisis?

There’s a crucial moment for the European continent as a whole, as we were surprised that something like this could happen here and not in Asia or in Africa, that our societies, which thought of themselves as well organised, would be all of a sudden blown out of function.

On the EU response, there was the usual sequence of going from utter disappointment, inaction, lack of solidarity, closed borders at the start of the crisis to a rather surprising, remarkable show of resilience with two key, almost revolutionary, decisions.

One was the recovery funds, and the other was the fact that member states have mandated the European Commission to help them to purchase the vaccines, which was the light at the end of the tunnel and basically our pandemic saviour. We went from ‘it’s not an EU competence’ to ‘we’re buying a vaccine’ three, four months later.

There is also the aspect that citizens were looking towards Europe for solutions. Was the EU’s COVID response satisfactory?

If you look at the pandemic, the initial communication was very defensive, stressing that ‘public health is not the competence of ours’. But for citizens, this answer was not good enough.

What I found fascinating as that the cry for help and solidarity from Italy first, Spain and then other countries, in a way, was stronger than either national egoisms or institutional reluctance/prudence. It was the public reaction, which led to these changes, bottom-up.

That also says something about the emergence of a European public sphere.

Did we emerge geopolitically weak out of the crisis, in your opinion?

Geopolitically, the EU looked rather weak in vaccine diplomacy.

On the one hand, we Europeans have this Red Cross image of ourselves that we need to save the rest of the world. But this time, we also had to save ourselves, which was a new situation.

The United States was very clear, not a single vaccine will be exported until all US citizens have had their jab.

It’s a fact that China was so visibly active in Europe, not only in the Western Balkans but even bringing that famous giant Red Cross plane to Rome when EU member states were withholding. China has arrived in the public sphere as an actor.

The question is what lessons Europeans will draw, collectively, from that moment of vulnerability.

So we should finally become ‘strategically autonomous’?

We can be ironic about the term strategic autonomy, but it is no coincidence that this term is also at the centre of the public and political debate. Protections, borders, rival powers – that’s a completely different language than the one that the EU likes to speak about openness, level playing field and opportunity.

Now collectively, we also have to think in terms of threats, and that’s what is driving the slow metamorphoses of the EU from rule-political machinery to a body politic, able to deal with unexpected events.

Is the EU prepared to absorb major shocks in the future, what ‘tools’ as EU officials call them are missing?

It’s important to understand why the EU needs the crisis mode.

Initially, it was not at all equipped to deal with crises, it was a market building machinery, where it is all about patiently and very carefully intertwining national economic interests between stakeholders, various groups, businesses, consumers, etc.

A modus operandi where you can take time and spend years and negotiate – that’s what the EU historically was good at.

As currently the very key and far-reaching decisions have to be taken by consensus, it really requires a situation of danger to get everybody in line. And that is suboptimal, to put it diplomatically.

For years, we see increasing polarisation in European politics, maybe even more amplified by the pandemic. The rule of law debate comes to mind here. Have we made the mistake of taking EU integration for granted?

It was 2015-16 when you could start feeling some of these tensions that were a clear sign that a part of the public opinion really does not feel at home in Europe and can even decide to leave.

The migration crisis, for example, was mishandled by the EU institutions, it has clearly left scars and unnecessarily increased divisions between West and East.

The rule of law dispute is really about the fundamental identity of the EU as a club of democracies. For me, it is also, looking at the most recent spat with Poland, a much more fundamental issue than the supremacy of EU law. The challenge to some aspects of EU legal supremacy is clearly taking place in the context of judicial independence.

They can say, well, there’s Karlsruhe, there’s the French court, there’s the Brexit vote, there’s sovereignty, we all care about sovereignty. And so they can hide with a lot of bad faith that there are obviously big differences between German and French judges, and what they are doing at home.