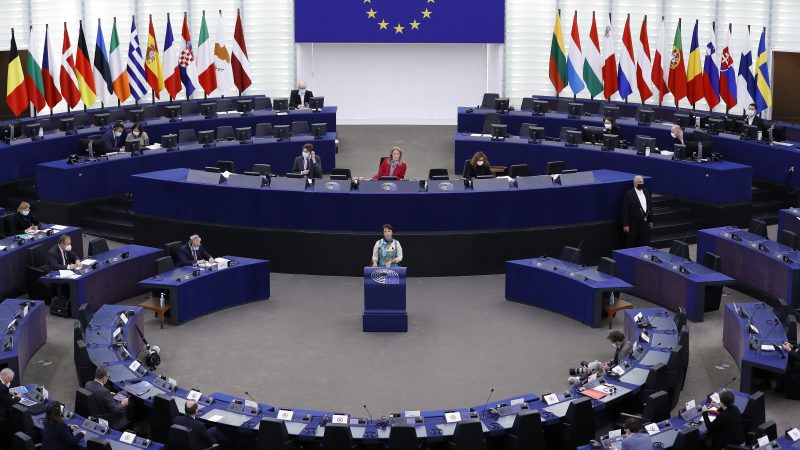 As the dust settles on the European Parliament’s vote on the contentious reform of the Common Agricultural Policy, the EU’s multi-billion euro farming subsidy programme, stakeholders are split as to whether the reform represents a step in the right direction.

After years of discussions, lawmakers gave their green light to the reform of the CAP at a plenary session in Strasbourg on Tuesday (23 November).

The reform passed with a wide majority, defying mounting calls from campaigners to scrap the CAP.

Proposed by the European Commission in 2018, the reform aims to have a more flexible, performance- and results-based approach that takes into account local conditions and needs while increasing the level of EU ambitions in terms of sustainability.

Renew Europe’s Martin Hlaváček, shadow rapporteur within the Parliament’s agriculture committee, called the reform a “big leap forward” towards a “genuine transformation of CAP into a profitable green economy”.

“This is the right way for scaling and mainstreaming sustainability and providing affordability of this transformation to all our citizens,” he said, adding that those who did not endorse the reform voted for “uncertainty, food inequality and the benefits of the Green Deal just for a privileged few”.

Repackaging of the status quo

But not everyone is as pleased with the outcome of the vote.

In particular, the Green group expressed their dismay at the deal, which they say “repackages the status quo” and falls short of the promises of the Green Deal.

“Many are desperately claiming this is a sustainable CAP reform, but a powerful and entrenched intensive farming lobby and the governments and MEPs serving them have done their utmost to preserve the destructive status quo,” said Bas Eickhout MEP, Greens/EFA shadow rapporteur on the strategic plans regulation for the environment committee.

According to him, lawmakers have “wasted this ‘last chance’ CAP reform”, while fellow Green MEP Tilly Metz deplored the “meagre” efforts to protect the environment, climate and biodiversity as “almost purely symbolic.”

Battle is lost, war is not

This sentiment was echoed by many in civil society, including Marilda Dhaskali, EU agriculture policy officer for BirdLife Europe, who called the deal a “free-for-all dressed up as system change that will torpedo the EU’s Green Deal”.

Campaigners from the Withdraw the CAP movement, which counts environmental activist Greta Thunberg among its prominent members, said the battle may be lost but the war is far from over.

Campaigner Sommer Ackerman told EURACTIV that their campaign “doesn’t end here, but will only get bigger,” while fellow campaigner Maximilian Herzog promised the group would “never stop fighting for what’s right”.

The group is currently in the process of preparing legal action against the reform, they added.

EU farmers’ association COPA-COGECA welcomed the news, although it warned that many uncertainties remain, including on the calendar, on the coherence and the implementation, both at the EU and national level.

“The European Parliament today gives European farmers and their cooperatives the policy tool to continue their efforts to produce more sustainably,” COPA President Christiane Lambert said, adding that she now counts on the Commission for the quick adoption of the CAP strategic plans from the member states.

However, farmers association European Coordination Via Campesina (ECVC), which represents small and family farms, said the “failed small farmers and the environment yet again.”

“The reform is a missed opportunity to provide small and medium-scale sustainable producers with the adequate political, economic and social support they need,” said Andoni García Arriola, farmer and coordination member of the ECVC, pointing out that, as it currently stands, fewer than 2% of CAP beneficiaries receive 30% of the total budget of direct payments.

“This will not change with the new policy,” he warned.

Onwards, but now how to move upwards?

Stakeholders are now mobilising for the next steps of the reform, including the drafting of the national strategic plans, through which member states will outline how they intend to meet the EU’s green goals.

Many question marks remain over these plans, the drafts of which are due for submission to the Commission for its approval by the end of the year, given that it is currently unclear how closely these will tie with the EU’s green deal.

“We will continue to closely watch how member states will develop their national strategic plans and will hold them accountable to deliver on protecting what little nature is left in Europe,” Birdlife’s Dhaskali warned.