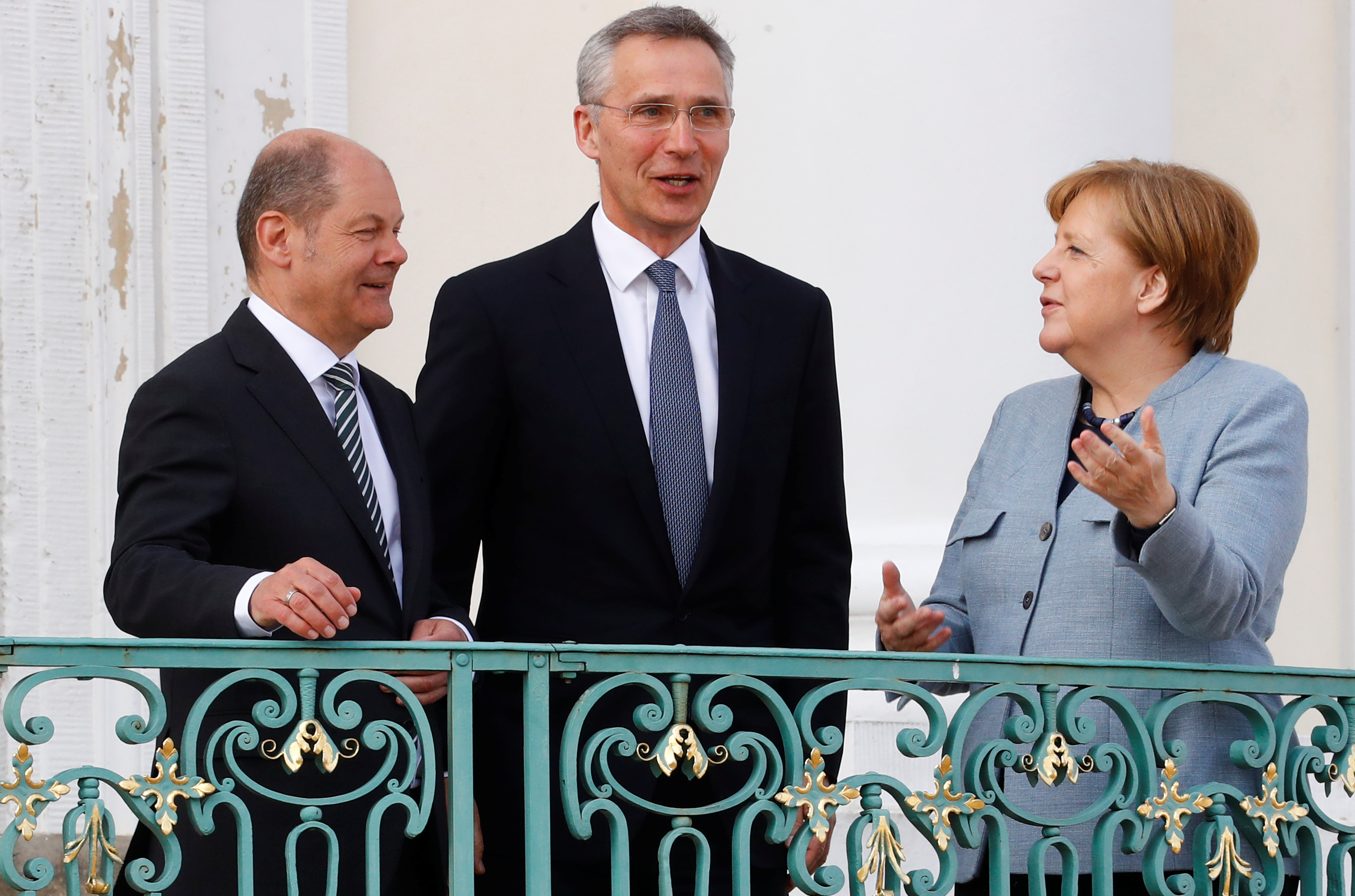 What with Belarusian dictator Alexander Lukashenko weaponizing migrants against Poland, Russia massing troops at Ukraine’s border, and China engaged in a massive nuclear arms build-up, it is small wonder that Germany’s allies are looking anxiously for news of the next government coalition in Berlin.

The Biden administration last week sent Senator Chris Coons of Delaware, a Democrat and presidential confidant, to the German capital. Senior French and British diplomats are likewise in contact with the German politicians forging a coalition program.

Their focus is on Working Group No. 20 — one of 22 groups involved in the negotiations, and the one tasked with “security, defense, development, foreign policy and human rights”. But Germany’s allies are not only exercised by what the coalition dealmakers — the Social Democrats (SPD), Greens, and Free Democrats — intend to do about defense spending, drones, arms exports, or relations with Russia. What they are really worried about is nuclear weapons.

Germany has no nuclear weapons of its own, but it stores 20 or fewer U.S. B-61 nuclear gravity bombs at Büchel air base, and maintains a fleet of aging Tornado fighter bombers to deliver them. This gives it a seat in NATO’s nuclear planning group. The SPD and the Green election platforms demanded the removal of the U.S. bombs from German soil. They also want Germany to join the Treaty on the Prohibition of Nuclear Weapons (TPNW) as an observer.

The working group drafts were handed last week to the three-party steering group, which has two more weeks to hammer out the final shape of the coalition agreement. Reliable information has it that the foreign policy group recommends that Germany should become a TPNW observer. However, their paper references nuclear participation and calls for a timely decision to acquire new fighter planes. Can allies breathe half a sigh of relief? Alas, no.

The nuclear ban treaty is seen by Washington, Paris, and London — and Chancellor Angela Merkel’s outgoing government, in which the SPD is a junior partner — largely as a distraction from arms control talks that actually include nuclear powers. But Norway, a NATO founding member, also wants to be an observer. If Germany does the same, the critics fret, other western European countries like Belgium, the Netherlands, and Italy might follow. The result: an east-west split in the alliance, and quiet satisfaction in the Kremlin.

As for the B-61s, Rolf Mützenich, SPD parliamentary whip and leader of the party’s leftwing, has recently affirmed that he wants “those things” out of the country, and a moratorium of “four or five years” on replacing the fighter planes. (By that time the last Tornado would be a heap of scrap metal, resolving the nuclear participation question by default.) Expect a fight.

Mützenich is a longstanding advocate of nuclear disarmament and a redoubtably effective power broker, who sharply reminds cabinet ministers of their obligation to the party. Half of his SPD group in the Bundestag are youngish and left-leaning newcomers. He may aspire to rally the troops around a cause, with himself in command. In the SPD and Green party bases, too, pacifist feelings run strong.

Many of Germany’s allies are mystified at a navel-gazing debate that appears remote from reality and tone-deaf towards their concerns. Given the tensions with Russia, Belarus, and China, they contend, this is no moment for a key NATO member to distance itself from the alliance’s nuclear deterrence strategy. Some senior politicians in the negotiating parties quietly agree.

Conspicuously silent on all this is Germany’s presumptive next chancellor. Olaf Scholz cast himself as Merkel’s natural heir but also wants to be the anti-Merkel: not a perpetual crisis manager, but the architect of an enduring renaissance of social democracy and the state. Unfortunately, it looks as though the crises have other ideas.

Scholz might consider the example of his SPD predecessors. Willy Brandt (1969-74) combined detente with a hefty defense budget. Helmut Schmidt (1974-82) was a formidably intellectual proponent of arms control reinforced with deterrence — who was ultimately brought down for it by his own party.

Some in Berlin may also recall October 1998, when Gerhard Schröder, the new chancellor, and his Green foreign minister, Joschka Fischer, found themselves signing off on an “activation order” for NATO air strikes against Serbia before they were even sworn in.

All three cases have something in common. A German chancellor does not get to delegate foreign policy to others.