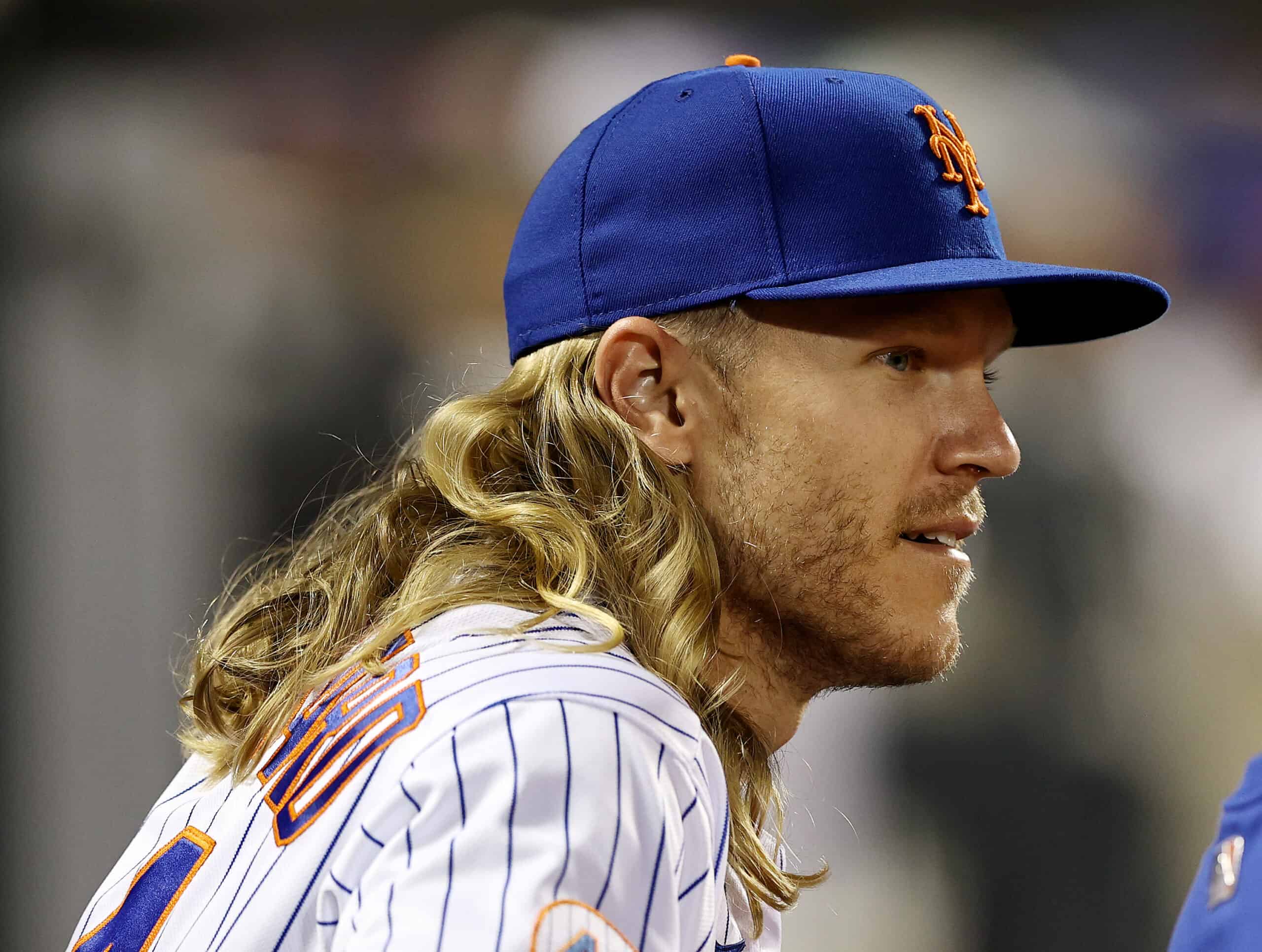 The Los Angeles Angels made one of the first splashes of the free agency period last week, when they agreed to sign right-handed pitcher Noah Syndergaard, formerly of the New York Mets, to a one-year, $21 million deal.

Syndergaard had received a qualifying offer from the Mets, worth $18.4 million for one year, and just when everybody thought he would accept it, the Angels jumped to the scene with a more lucrative pact.

The Angels bolster their staff with the highest-upside arm on the market — and pay a heavy price, plus a second-rounder.

He ended up taking it, after carefully considering it: he recently said it was the hardest decision of his career.

The pitcher also admitted that the uncertainty regarding the Mets and their front office search played a role in his decision to leave.

“It definitely was in the back of my head a little bit. This is a really important year for me. This is kind of a make-or-break time for me. I didn’t want to kind of gamble with the kind of uncertainty that has been going on with them.”

A Crucial Year For Syndergaard

Indeed, it is a crucial year for Syndergaard’s career.

It all started smoothly for him, as he made his MLB debut in 2015 and was one of the majors’ best pitchers until 2018.

The pitcher people call “Thor” had a 2.93 ERA in his first four seasons, an elite number.

As a rookie, he helped the Mets get to the World Series, and has a 2.42 ERA in four career postseason games.

His career had started swiftly.

He went to spring training in 2020 with a huge chip in his shoulder, but he suffered elbow ligament damage in March and required Tommy John surgery, losing the whole season that year.

His Tommy John rehab took most of the 2021 campaign, as well: he was originally slated to return around June or July, but suffered setbacks along the road that ended up delaying his presence on an MLB mound until September.

He pitched a couple of innings out of relief in September, while throwing only fastballs and changeups after doctors recommended him not to use his curveball and slider in 2021.

But now, he is expected to enter 2022 spring training with no restrictions, and the Angels are betting on his ability to rebound.

Los Angeles needs pitching badly, and they hope they can get it from Syndergaard.

Perry Minasian, who was working as the Toronto Blue Jays’ director of scouting when they drafted Syndergaard (he was later traded to the Mets), says that the team is betting on him and he is “betting on us”.

Per Redlands Daily Facts, Minasian, who is the current Angels’ GM, said:

“We’ve done as many man-hours of work on this individual as I’ve ever done on an individual player. We feel really good where he’s at in his rehab. The physical went really well. I think it’s a good gamble to take.”

Looking at the big picture, $21 million is a lot to risk on a guy who virtually hasn’t pitched at all in the last two seasons.

One has to think at least a club option would have come in handy for the Angels.

I like this deal for the Angels. Obvious risk with Noah Syndergaard pitching just two innings in 2021, but there also is a ton of upside. https://t.co/vxezh9RbK2

But they at least have a hungry, talented pitcher looking to re-launch his career after a couple of lost years.