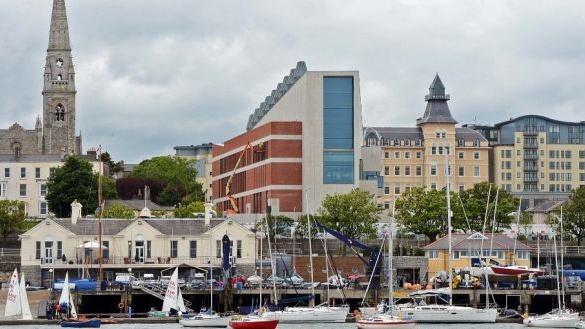 Over 2,000 women and girls over the age of 15 in Dun Laoghaire-Rathdown “will experience physical or sexual abuse by a partner in any 12 month period” but there is no access to a refuge in the area, a report from the local authority warns.

Assessment of Need for Provision of a Domestic Violence Refuge in the DLR Area was commissioned by the authority and says the county urgently needs 22 family units in one or more domestic violence shelters.

Drawing on European calculations it says “the population of women over the age of 15 in [the county] who experience physical and/or sexual abuse by a partner each year is 2,816”.

Currently, gardaí are having to escort women and children escaping violence in their homes out of their communities, to refuges in Bray, Tallaght, Coolock and Blanchardstown.

It warns: “It is possible, and even likely, that the disparate and limited nature of domestic abuse services available in DLR currently contributes to some women deciding to stay for longer, or continue to stay, in a domestic abuse situation, as there is no clear, safe pathway to exit available.

“This increases the risk of exposure to domestic abuse for women and children in these situations in DLR.”

Garda-recorded incidents of domestic violence continue to climb in the county, from 280 in 2017, to 1,000 last year, with the number of protection and barring orders issued by the courts, for the area increasing too.

The number of children in the county deemed by Tusla to be “at ongoing risk of emotional abuse due to domestic violence” increased by 70 per cent between 2019 and last year from 31 to 53 in 2020. “It is expected that this number will rise for 2021,” it says.

Domestic abuse services in Dun Laoghaire-Rathdown consist of four two-bedroom houses, described as “suitable for families at low to medium risk of harm from an abusive partner, and who have the capacity to live independently and manage own safety”. These are operated by Sonas, which also delivers two outreach advice and supports services.

Women’s Aid provides an outreach clinic in the Citizens Information Service in Dun Laoghaire, for two hours every Friday morning.

Nationally, there are 140 refuge units, with just 24 across Dublin. The recommended minimum for Ireland, according to the Council of Europe, is one per 100,000 population, or 498.

With a population of 220,000, Dun Laoghaire-Rathdown needs 22 family refuge units immediately and, given project population increase, 24 by next year, says the report. It calls for outreach “in at least five suitable and accessible locations”.