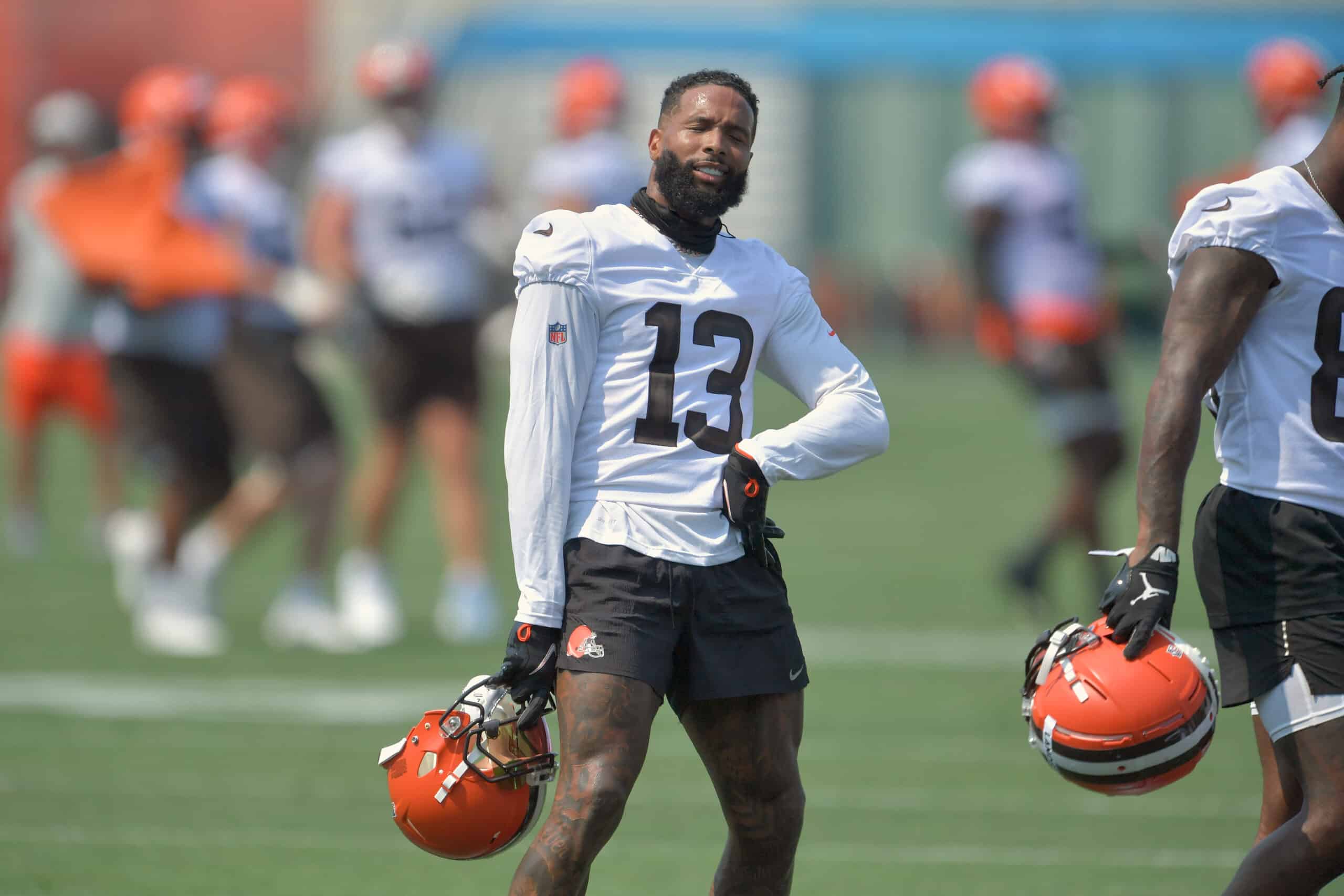 The NFL has given fans a whirlwind of stories Thursday capped off by the news that Odell Beckham Jr. was signing with the Los Angeles Rams.

Just when fans thought Cam Newton would dominate Twitter for the day, OBJ found a new home and the reaction was on.

The superstar receiver officially has a new home after forcing his way out of Cleveland.

Back In A Big City

Beckham was never a great fit in Cleveland and once again heads for the bright lights of a big city, this time in Los Angeles.

Perhaps he needs to be in the limelight to have success.

– Von Miller is a Ram

– Cam Newton is back with the Panthers.

Imagine saying that two weeks ago…

That sorta sums up where these organizations are right now.

I’ve said it before and I’ll say it again, the Rams understand what they need to do to be successful in L.A.. They’re going against the Lakers, Dodgers and everything L.A. has to offer. They need to bring in stars and win and they’re doing that again by signing Odell Beckham Jr.

The only question here is which version of Beckham the Rams are going to get.

Everyone in the NFL world, outside of Cleveland, seems to be forgetting the situation he was just in.

Beckham was not getting a ton of targets and seemed to be dejected on the field.

Then came his dad dropping a video of all the times he was open in an effort to force a trade.

If Cooper Kupp takes up most of the attention from Matthew Stafford, will OBJ stay interested?

So after complaining about not getting the ball enough, Odell Beckham Jr is joining a team with Cooper Kupp and Robert Woods??

Here’s Odell Beckham Jr when he realizes Cooper Kupp is getting all the targets:#RamsHouse pic.twitter.com/Sd3JSIuIdW

odell beckham sr. and odell beckham jr. putting together a video of matthew stafford only targeting cooper kupp in a couple weeks pic.twitter.com/ySvQBLRhRW

Beckham claimed he wanted out of Cleveland to play with a contender, even though the Browns are in that category.

The fit was just clearly a bad one, so there has to be more to that situation.

Yet Beckham is still in a contract year so it will be fascinating to see how he reacts if he is not the first or second option in the Rams offense.

Even a Browns player noted this potential problem.

John Johnson III on Beckham going to LA: “I know for a fact the offense runs through Cooper Kupp, even in the run game, the pass game, the screen game. So, obviously, Odell’s a big name and he’s going to want that attention as well. It will be interesting.”#Browns #Rams

Right now the signing is all about the hype and excitement of the news.

Let’s check back on this a few weeks from now to see how he fits into that offense.