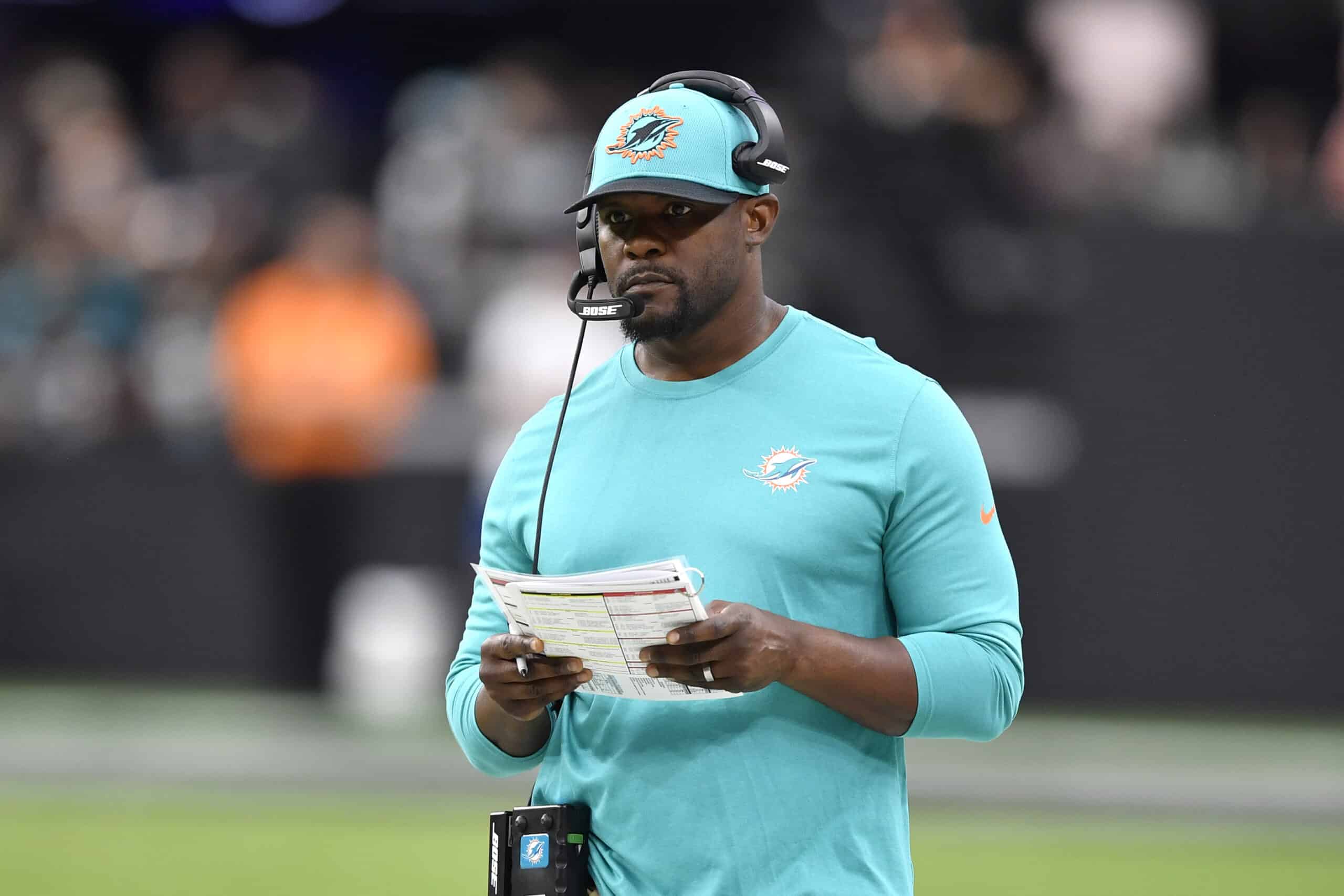 He posted back-to-back winning seasons and was let go anyway.

The official word from ownership was that bad relationships doomed Flores in the end.

But again, he was winning on the field.

One main point of contention within the organization appears to be the fact the team drafted Tua Tagovailoa over Justin Herbert.

Yet that falls on GM Chris Grier, not Flores.

NFL analyst Andrew Brandt brought up that point in a tweet.

Dolphins drafted Tua ahead of Herbert and traded the Eagles a first-round pick to move up 6 spots.
But the head coach is fired.

The Dolphins initially traded down from the No. 3 overall spot and then jumped up to No. 6 by sending a 2022 first-round pick to the Philadelphia Eagles.

Miami then got to No. 5 overall and selected Tagovailoa, with Herbert going off the board one pick later.

The latter became Offensive Rookie of the Year and looks to be a future star.

If Tagovailoa’s performance is a main problem, then firing Flores and not Grier makes little sense.

A Tough Position In Miami

Any head coach candidate interviewing with the Dolphins may now be skeptical that winning is not even enough to earn a long-term commitment from the organization.

What if Grier is the problem with the relationship storyline?

I had a head coach who doesn’t have true roster control say to me yesterday “I made a mistake deciding to coach, should have been a GM, much more job security!”
Not the first time I’ve heard that take. https://t.co/3bvukhM2rp

There are a ton of questions and owner Stephen Ross is in the middle of all the drama.

His desire to land Deshaun Watson early in the 2021 season could have played a huge part in the team’s slow start.

A new head coach would need assurance that they won’t have to immediately win a Super Bowl just to keep their job for more than a few years.

Yet if Grier proves to be safe through all of this, the position is a tough one from the start.