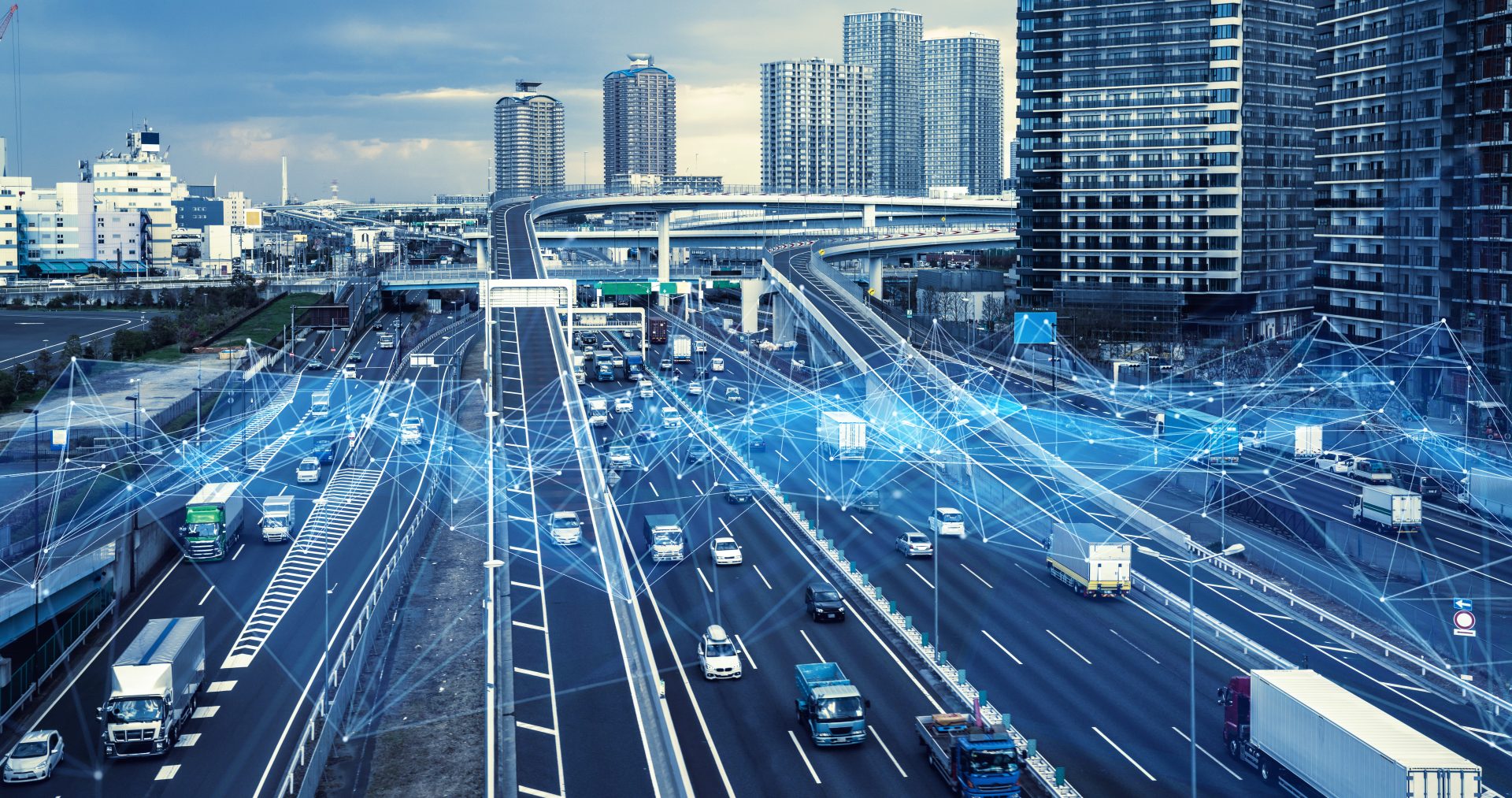 This time, it really was Infrastructure Week. On November 15, President Joe Biden signed into law the first comprehensive infrastructure bill in a generation, including over $500 billion in new spending to upgrade broadband, roads, bridges, public transit, energy, clean drinking water, and other infrastructure systems.

While the bill is ambitious, it still misses important opportunities to modernize state and local governments. Without that focus, a large percentage of the funding in the enormous bill will inevitably be spent on the same types of projects we’ve been building for the last several decades—not the transformative projects we need.

Building those kinds of transformative infrastructure projects will require modernizing workforce development systems and procurement techniques. Unfortunately, the infrastructure bill doesn’t do enough to help state and local partners with these essential inputs. If the nation wants generational impacts, we can’t afford to overlook operational capacity.

State and local governments—cities, counties, water utilities, airport authorities, and school districts—will be the primary partners in executing the bill’s provisions. But in our organization’s work with thousands of local leaders across the country, including a May 2021 survey of over 600 local government officials and staff, we’ve discovered that if the federal government doesn’t also support their operational capacity, state and local governments face enormous workforce and procurement challenges that could prevent them from making the most out of this influx of federal funding.

Current state and local government workforces are not well equipped to implement the types of projects and programs included in the infrastructure bill. That’s even more true in the context of the accelerated project timelines that will likely accompany federal funding. The labor shortage is causing economic fallout across industries, from top technology firms to McDonald’s. What is not discussed in the context of the infrastructure bill is that those same economic forces apply to state and local governments.

According to Bloomberg, 780,000 government jobs remain vacant compared to pre-pandemic levels. State and local governments are in the midst of a COVID-spurred hiring crisis exacerbated by the already-occurring “silver tsunami.” The two trends are locked in a negative feedback loop; when we surveyed local government officials and staff in May, 44% of respondents said COVID-19 accelerated the rate of retirements. That same survey found that CARES Act funding didn’t address the issue—local governments spent the money on existing payroll to avoid layoffs. Furthermore, 28% of respondents expected reduced staff capacity due to COVID-19 to be permanent.

It’s not that there aren’t workforce provisions included in the infrastructure bill—there are. For example, there is a requirement for states to develop “human capital plans” for transportation infrastructure, as well as funding in many of the proposed programs for workforce training and development. But none of the included provisions address the wide-ranging hiring and retention crisis that is affecting nearly every state and local government entity across every infrastructure type—transport, water, electric grid, telecom, etc.

Federal agencies should consider how to help state and local governments recruit and retain the workers they need to design, plan, build, and maintain the transformative projects the infrastructure bill seeks to support. For example, state and local governments would benefit from technical and financial assistance to leverage areas where they can offer competitive advantages to workers, especially training and professional development. These efforts are especially important in the context of low morale; 82% of respondents to our survey said morale was negatively affected by COVID-19. Meanwhile, many state and local governments struggle to make temporary work-from-home and other flexible arrangements permanent.

There are localized examples of state and local governments creating upskilling programs to retain workers. For example, Utah’s Department of Technology Services successfully did so for notoriously hard-to-retain technology workers. The Biden administration should consider a program to scale efforts like these, especially for essential and competitive positions such as electricians and niche construction workers.

Realistically, though, no amount of assistance from the federal government will help state and local governments completely overcome the market dynamics that make workforce challenges so difficult. Would it be possible, then, for federal agencies to create “circuit riders” programs for specific initiatives like electric grid modernization or broadband? In the 17th and 18th centuries, circuit riders were clergy or judges assigned to travel around specific geographic territories and deliver sermons or settle disputes. Since then, the term has been used by the federal government and nonprofits, including the National Rural Water Association, which gave rural water utilities access to expert technicians in the 1980s, as well as by regional governments including the Delaware Valley Regional Planning Commission, which gave local governments access to energy efficiency experts as recently as 2014.

The program could be modeled after nonprofit initiatives like Bloomberg Philanthropies’ What Works Cities or the Rockefeller Foundation’s 100 Resilient Cities—but with the stability of the federal government—and create cohorts of experts and highly skilled workers to help low-capacity state and local governments execute on specific priorities in the infrastructure bill. Barring workforce development provisions like these, small and medium-sized local governments will outsource much of the execution work to the private sector or miss out on opportunities for funding entirely.

Workforce development is not the only important challenge that requires dedicated strategies and resources. Modern, flexible procurement strategies are also required to transform the way infrastructure is built.

Government procurement — the process of buying services and products like smart sensors, microgrids and flexible flood barriers — is often a stumbling block toward innovation. Even when a city knows what it needs, public procurement processes are often biased against new, cross-cutting, or resilient solutions. If we don’t make major improvements to the procurement tools that government agencies are required to use, agencies at all levels will inevitably replace failing systems with the same old fixes rather than transitioning to better, cheaper, more sustainable systems.

Building safer, smarter, and more sustainable water, transportation, and energy systems requires going beyond traditional purchasing processes that enable the development of existing legacy infrastructure. Standard pre-development and procurement processes will not help cities pursue innovative outcomes, regardless of how much money federal leaders throw at the country’s infrastructure challenges.

There are some narrow procurement measures included in the infrastructure bill, such as a requirement that the Department of Transportation create a rule for the Active Transportation Infrastructure Investment Program that “encourages the use of the programmatic categorical exclusion, expedited procurement techniques, and other best practices to facilitate productive and timely expenditures for eligible projects that are small, low-impact, and constructed within an existing built environment.” But the provisions for procurement are limited and narrowly scoped.

The administration should reconsider running an “Infrastructure Grand Challenge” that would develop innovative projects, technology, financing, and policy structures to fundamentally transform how infrastructure is built—an idea originally included in the administration’s infrastructure investment plans but abandoned in the current version. Rather than waiting on a top-down solution or for dynamics to shift in a traditionally slow-moving sector, a challenge format can rapidly encourage a range of innovations that are responsive to urgent infrastructure needs. Prize competitions in both the public and private sectors have strong precedents for advancing technology (e.g., the XPRIZE competition), connected community development (the Department of Transportation’s Smart Cities Challenge), and large-scale project development (the Army Office of Energy Initiatives).

Given the infrastructure crisis our nation faces, we cannot afford any missed opportunities. The amount of funding in the infrastructure bill comes along once in a generation; we must do everything possible to ensure maximum impact. Instead of continuing to build more of what we’ve always built, it’s imperative to build better than before—and to do that, state and local governments need the right workforce and procurement tools to leverage every dollar the federal government sends their way.