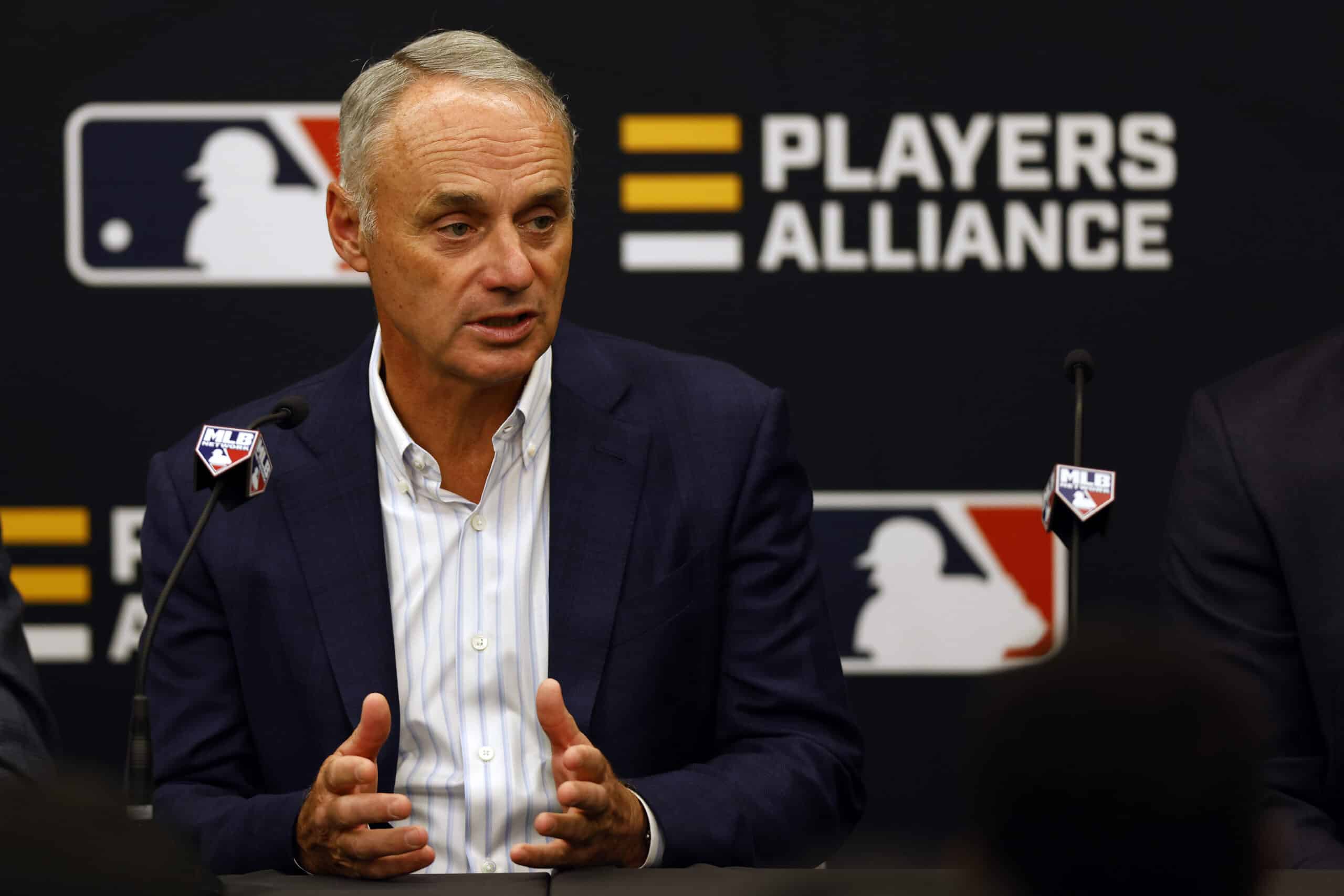 MLB is headed for a lockout at the start of December.

So barring some unexpected change, it is a matter of when and not if for the owners and the players.

A lockout will affect free agency in that the league will basically be shut down until a resolution is found.

But there is nothing stopping players from signing before the end of November.

ESPN’s Jeff Passan revealed that two of the biggest stars on the market may try to get a deal done before a lockout is in place.

In an unexpected turn, shortstop Corey Seager and infielder Marcus Semien are among the players whose markets have accelerated to the point they could sign before the expected Dec. 1 lockout, sources tell ESPN.

My dispatch from the GM Meetings, at ESPN+: https://t.co/g5c7WvkXyk pic.twitter.com/5XE58o3wRO

Passan reports how Marcus Semien and Corey Seager will try to get deals done this month to have a new MLB home before a lockout happens.

As he explains, there will be a free-agent frenzy once operations resume again so teams and players alike can just get a deal done now and worry about the lockout later.

Sources: #Rangers officials have met with Scott Boras, the agent for free agent Corey Seager (among others). Seager is known to have a strong relationship with Texas manager Chris Woodward, dating back to their time with the Dodgers, as @Feinsand wrote today. @MLBNetwork @MLB

So Many Stars In Focus

Passan also reports that the labor stoppage is expected to last until February.

That means stars like Carlos Correa, Kris Bryant, Max Scherzer, and a whole list of others will not have a team for months.

However, they can solve that by getting a deal done now.

Teams should also be motivated to act fast so they can land their stars and head into the winter.

So waiting until February to make a big splash is not out of the ordinary.

The difference here is that every single team is going to be active in February, so patience may not be the best strategy this year.

One player, such as Semien or Seager, signing a big deal may be all it takes to start a frenzy in the month of November.

If not, it is going to be a long and boring winter for MLB fans.