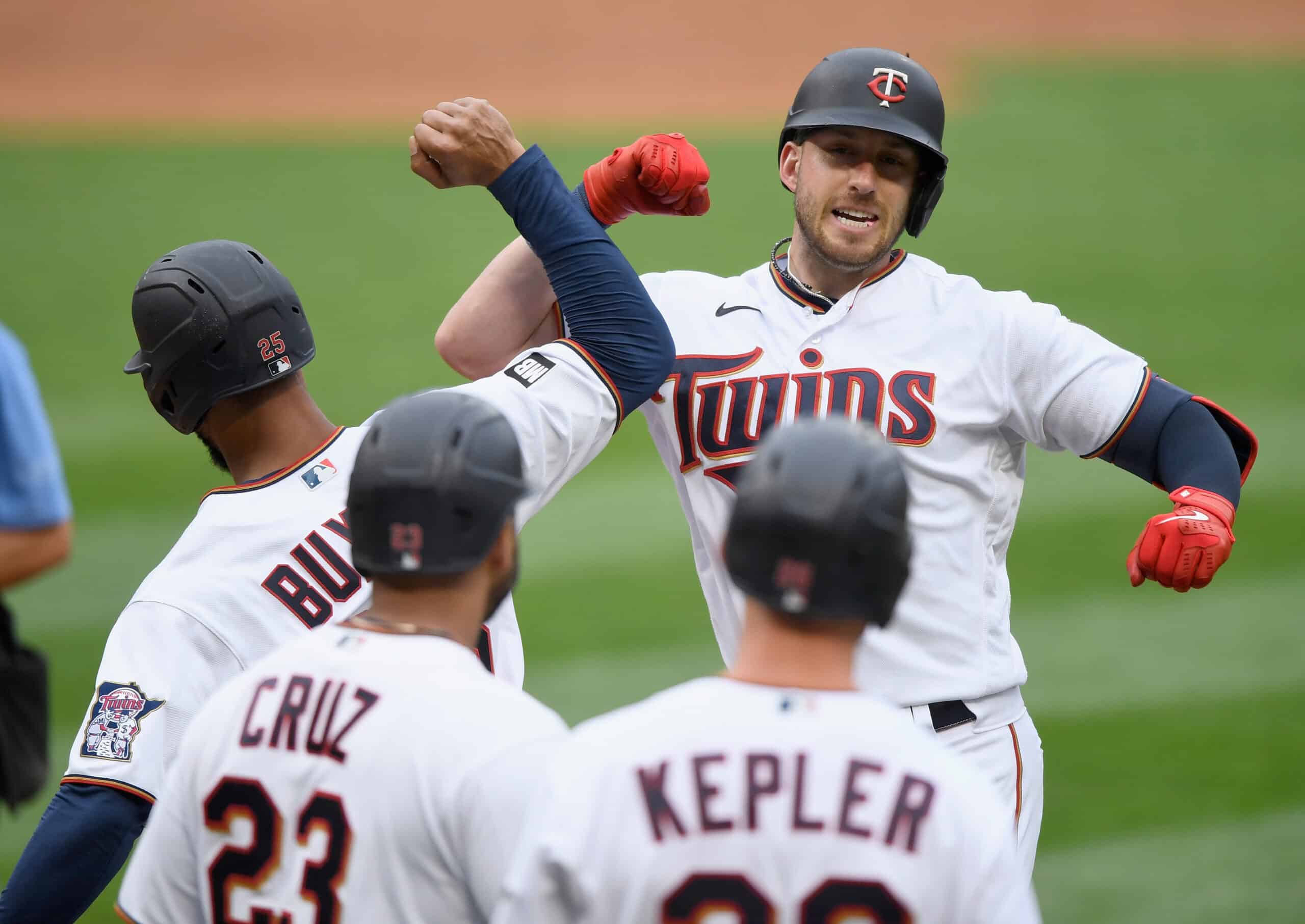 Mitch Garver is far from a youngster, but it still feels like we haven’t seen a ton of him at the MLB level.

However, he has just 309 games of experience to show for it.

As a result, he has been a tough guy to evaluate for many years.

In 2021, the former ninth-round pick was primed to burst through his ceiling, but injuries held him to just 68 games.

Still, he had a fantastic year, and he continued to show the Twins what he’s capable of.

Folks in Minnesota should be very optimistic about his future.

Garver made the most of the time he spent on the field in 2021.

Had he played a full season, he could have finished somewhere in the ballpark of 31 homers and 36 doubles.

Garver finish the year with a WAR of 2.1, and he earned every bit of it.

That number obviously would have been a lot higher if injures hadn’t gotten in the way.

In fact, he could have wrapped up with a WAR of about 5.0 had he stayed healthy.

But again, the goal here is to appreciate what went right for Garver in 2021 — not what went wrong.

The injuries were an issue, but he produced great results when he was in the lineup.

Garver’s Career At A Glance

He also earned a Silver Slugger award after blasting 31 long balls, 16 doubles, and a triple.

It’s no small feat for a guy to win that award while playing in so few games.

That sort of production is more than serviceable.

And based on what we saw from him in 2019, he could realistically find himself in the MVP conversation one of these years if health doesn’t get in the way.

That’s the big caveat for Garver.

The Twins Have Garver Under Club Control For 2 More Seasons

The Twins are only guaranteed to have Garver for two more years.

If the team wants to capitalize on his untapped potential, it’s going to have to happen sooner than later.

We’ll have to wait and see if everything comes together for him (from a health and production standpoint) in 2022 or 2023.

Minnesota was expected to contend in 2021, but things didn’t go as planned.

That said, if the organization gets busy this offseason, the Twins could easily be a factor in the playoff race in 2022.

If that’s the case, it would be great to see Graver playing meaningful baseball over a full 162-game slate.

A few dominoes would have to fall the right way for that to happen, but it’s certainly within the realm of possibility.