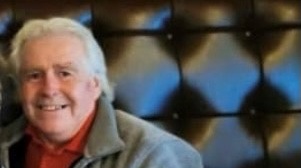 A man murdered in his home in north Co Dublin was a “vulnerable” pensioner who lived alone and had an acquired brain injury.

Christopher Hall, a 65-year-old father of two, was found dead in his house on Dun Saithne Green, Balbriggan, just after lunchtime on Wednesday.

While his death was initially treated as “unexplained”, gardaí have now established he was murdered by an attacker, likely armed with a knife or sharp implement, who inflicted fatal head and upper body injuries on the victim. Mr Hall was vulnerable due to a brain injury he suffered in an accident.

The Irish Times understands there was no sign of a break-in at the house and one line of inquiry is that Mr Hall knew his attacker and may have let them into the house or at least opened the door to them.

While it did not appear anything had been taken from the house, gardaí have not ruled out the possibility the killer went into the property, late on Tuesday or early on Wednesday, intending to steal money or to pressure Mr Hall into giving them money.

Supt Paul Franey said the murder investigation team wanted to hear from anyone in the local area, specifically Dun Saithne, who may have seen anything usual around Mr Hall’s home from 8pm on Tuesday until 2pm on Wednesday, when the remains were found.

He added that gardaí “appreciate this is a very difficult time for the people living in the area and we understand there is fear in the community”, but gardaí were working to solve the killing and to keep people safe.

The community policing team in Balbriggan would be on the streets, and would be available to local people, to assure them that they were safe, Supt Franey said. The murder investigation was in the very early stages and he urged anyone in the community who had information to aid investigators.

The alarm was raised via a call to 999 just before 2pm on Wednesday after one of Mr Hall’s two daughters found her father’s body at the house on the Dun Saithne Green cul-de-sac. When gardaí arrived at the scene members of Dublin Fire Brigade were already in the house, where Mr Hall’s body was found in the downstairs area.

“He had obvious significant head and upper body injuries. Christopher was pronounced dead at the scene,” Supt Franey said. “Christopher lived alone at the house, he was a quiet man, kept himself to himself, and he was vulnerable due to a medical condition.”

A senior investigating officer has been appointed to lead the murder inquiry and an incident room has been established at Balbriggan Garda station. The property where the murder took place remained sealed off on Thursday evening and was undergoing an examination by members of the Garda Technical Bureau.

Locum Assistant State Pathologist Dr Heidi Okkers carried out a preliminary examination of Mr Hall’s remains at the murder scene late on Wednesday night. The remains have since been removed to the City Morgue, Whitehall, north Dublin, where a full postmortem was under way on Thursday evening.

While the precise cause of death will not be known until a full set of results from the postmortem were available, gardaí said Mr Hall was attacked violently. They believe his attacker was likely armed with a weapon.

Supt Franey said the investigation team had gathered CCTV from the Balbriggan area and had undertaken door-to-door inquiries in a bid to piece together Mr Hall’s last movements. Gardaí are also trying to establish if any visitors had been seen at the dead man’s home at any time from Tuesday evening to Wednesday afternoon when the alarm was raised.

A family liaison officer has been appointed to aid Mr Hall’s family, who were appealing for privacy, Supt Franey said. Local gardaí would continue to liaise with the community, who had lost a valued friend and neighbour.

Supt Franey also appealed to anyone from the Dun Saithne area who may have seen anything unusual, however incidental they believed it was, to come forward. He also urged any motorists who had recorded footage in the streets around the murder scene on Tuesday, from about 8pm until Wednesday at 2pm, to make it available.