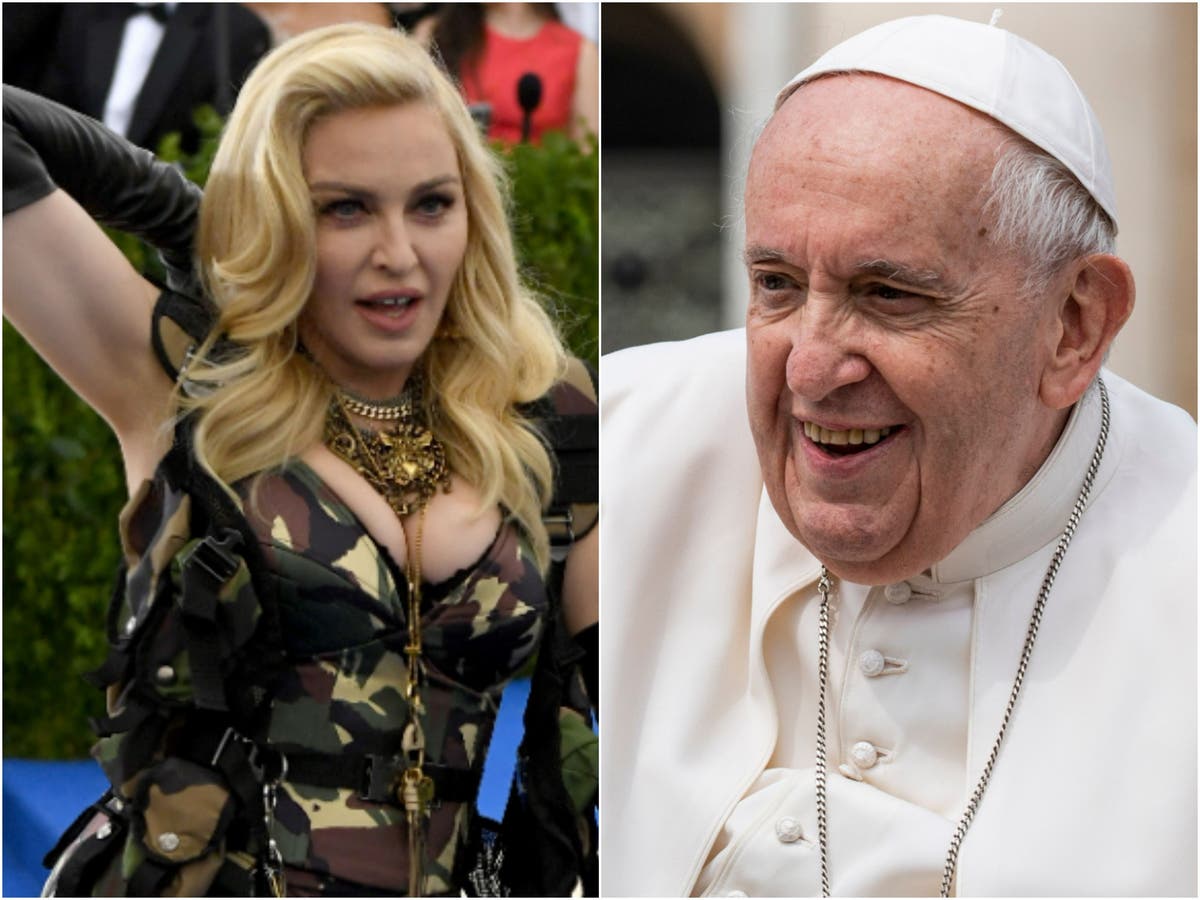 Madonna has prolonged an olive department to Pope Francis after she was condemned for her “blasphemous” behaviour.

In a tweet on Thursday (5 Could), Madonna tagged the pinnacle of the Catholic Church, writing: “Hello @Pontifex Francis – I’m a good Catholic. I Swear! I mean I don’t Swear!

“Its [sic] been a few decades since my last confession. Would it be possible to meet up one day to discuss some important matters?”

Madonna additionally got here below hearth for staging a mock crucifixion throughout a live performance in Rome in 2006, resulting in Cardinal Ersilio Tonino, talking with the approval of Pope Benedict XVI, saying: “This time the limits have really been pushed too far.

“This concert is a blasphemous challenge to the faith and a profanation of the cross. She should be excommunicated.”

Subsequent month, Madonna will launch a brand new retrospective album to have a good time 50 primary hits on the Billboard Dance Membership. The tracklist will embrace Madonna’s hit numbers like “Vogue”, “Like a Prayer”, “Music” and “Hung Up”.